How To Be Interviewed

Here's what to do if a journalist comes knocking. 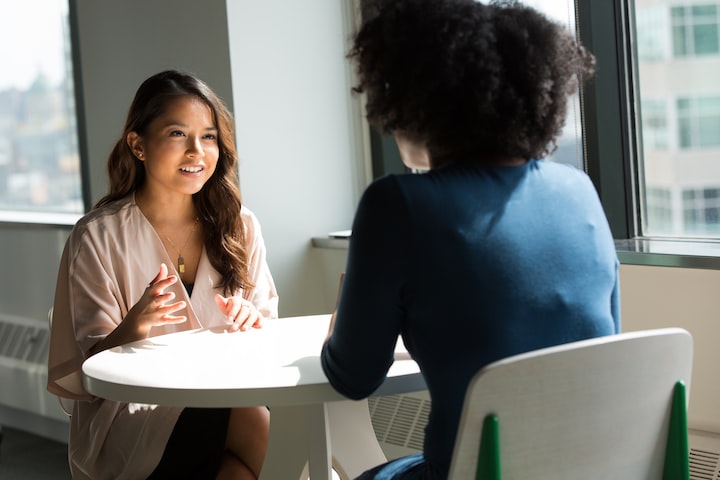 I used to interview a lot of people. It was sort of my job.

Well, if I’m honest, my job as a working journalist was to get from a particular point A to a particular point B. Point A involved me frantically flailing around as I hunted for ideas to pitch to various publications. Point B was taking those ideas and making something that didn’t suck. But interviewing was the road between A and B. As a working journalist, I couldn’t write my stories without interviews.

I’m no longer a journalist—mostly because it’s much more fun to make things up than it is to, well, not make things up. But interviews continue to play a part in my life. I write books, which means I am frequently interviewed by websites and podcasts. It's been happening a lot lately, what with the launch of A Sh*tload of Crazy Powers, and it occured to me that while there’s plenty of advice for conducting interviews available, there’s very little on how to actually be interviewed.

If you’ve never been interviewed before, you’ll be unaware of the ground rules that most journalists take for granted. Chances are, those journalists aren’t going to stop to explain them. Things like off-the-record, and what it means, or why you probably won’t be allowed to read the story before it’s published, often aren’t obvious.

If you’re being interviewed by a reporter for the first time, the following will help both of you out of the woods.

The first thing to understand is that there are two types of interviews. There’s the combative kind — “Councilman, can you explain why your department spent five trillion dollars on takeaway curry?” — and the collaborative kind — “Why yes, Mrs Miggins, please tell me how you built your cupcake business from scratch.” I specialised in the second kind; not cupcakes, necessarily, but the sort of interviews for stories which explained something, or explored a particular idea. I liked writing those, mostly because I suck at confrontation.

Asking whether the interview will be combative or collaborative will likely get you a blank look from whichever journalist has fetched up on your doorstep. But based on the topic of the story, you can probably hazard a good guess.

You don’t have to know everything

The journalist is interviewing you because of your knowledge on a particular subject or event. You do not have to know the answer to every question asked of you — it’s OK to say that you don’t know, if you’re asked a question you genuinely can’t answer. It’s much better to do that than to prevaricate, waffle or talk nonsense. That will just piss me off.

That being said: don’t waste the reporter’s time. If you’re not the best-qualified person to talk about something, and the reporter thinks you are, tell them. They will thank you.

This isn’t a performance

One of the worst parts about being interviewed is constantly worrying about whether you’re presenting yourself in an interesting light. It can be awfully tempting to perform—to present yourself as far more interesting and witty than you actually are. But remember this: it is the job of the interviewer to bring this out of you naturally. If they are doing their job, they will find ways to make you more expressive, to have you think about your answers, to open up new avenues of inquiry. This is on them, not on you.

That said: you want to perform? That's how you roll? Have at it! Just be aware that most journalists can see through a lot of this, and you won't have a ton of control over what gets written.

Everything you say can be used against you…

I mean everything, from the moment you open your mouth. Relax — this isn’t court. All it means is that you are in an interview from the word go, and you need to assume that the reporter is noting everything you say.

You need to know this phrase. It can be a lifesaver for you, if not the reporter. If you want to talk about something, but don’t want the reporter to write that it came from you, you can ask for it to be off-the-record. These are magic words, people! Once you say them, the reporter is bound not to link you to what you say next. You can speak freely. They can’t quote you.

BUT — and it’s a big BUT: there are unscrupulous reporters working today. I know, try to contain your shock. This isn’t a legal term, and there’s no law preventing reporters from snapping it in two. If you tell a reporter something off-the-record, which they then print, you have every right to lodge a complaint with their editor. You should. But sometimes, this plain doesn't work. The editor won't respond, the journo will ghost you, and you'll be left up shit creek. Sorry. You can try and find a professional body to complain to (here are a few in the US) but results can be mixed. Sorry.

Oh, and one final note: if you tell a reporter something off-the-record, they have every right to find the same information from somewhere else. As long as you’re not linked to it, they’ve done right by you. You’ve got no cause to complain if an off-the-record utterance by you is confirmed elsewhere.

Treat off-the-record carefully. These are holy words, and they have power.

No, you can’t see the story before it’s published

Not ever. No way.

Don’t even ask. Oh sure, some reporters might let you, but they deserve to have their entrails flambeed. You have control over two things only: your actions, and your words. You have no control over how the reporter represents them, although of course you can complain if you feel hard done by.

You can check your quotes

You always, always have the right to see your quotes before publication. You can ask the reporter to forward their transcript of the interview. Again: your words.

But remember: if there’s something in the transcript you decide you don’t like, and the reporter has you saying it on-record, then tough. They can print it. Remember this — you can’t change your quotes after you’ve said them, as long as they’re accurate. You can, however, clarify meaning by asking a reporter to reword a quote slightly. They may, or may not, allow this.

And be nice. Asking a magazine reporter for your quotes is OK; they’ve got long deadlines. Asking for your quotes from a reporter who has to file a news website story in two hours is just being a dick. Don’t be a dick.

This article comes directly from my weekly newsletter, Sh*t Just Got Interesting. Want to read stories like it a week before anyone else? Sign up here. And you get a free audiobook too, which is nice.

More stories from Jackson Ford and writers in FYI and other communities.