Do You Know the Truth Behind These Nursery Rhymes?

by Shamar about a month ago in Historical

5 nursery rhymes you thought you knew, but I am about to ruin for you. 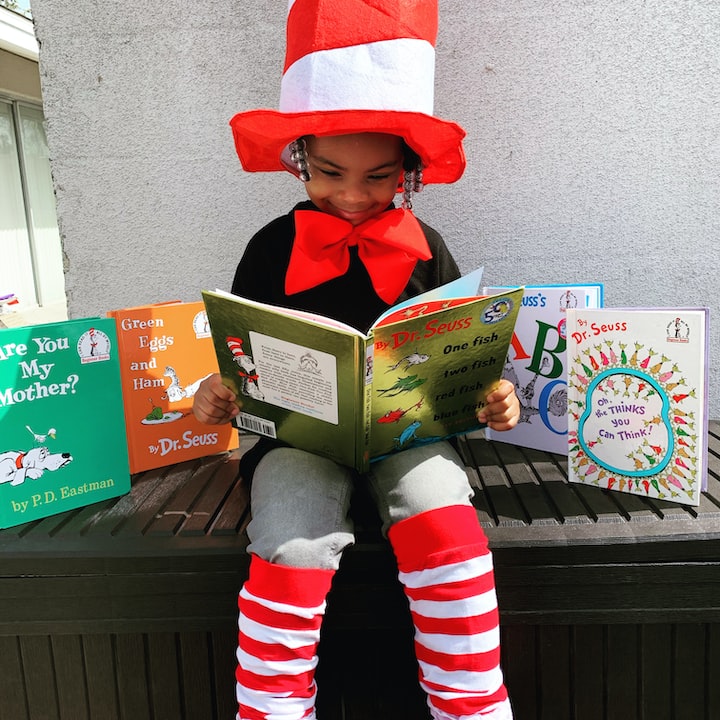 Photo by Catherine Hammond on Unsplash

No matter what country you’re from, we all had nursery rhymes when we were young. I had a book that was filled with nursery rhymes, but I don’t think I ever made it through all of them. I can remember my parents reading to me my favorite; Betty Botter .

Growing up as a child in the United Kingdom, some of the most common nursery rhymes I heard were; Twinkle Twinkle Little Star, Humpty Dumpty, Wheels on Bus, Row Row Row Your Boat, Old MacDonald Had a Farm. I’m sure there are loads I haven’t mentioned and I can still remember from the tip of my tongue a few of them, but probably not word for word.

Nursery rhymes are meant to be jolly songs. Small, but large with fun and filled with happiness. As I’ve grown older, with the help of A-Level history classes and the internet, it turns out that quite a few nursery rhymes actually hold a fairly dark and historical meanings and aren't so jolly at all.

Jack and Jill went up the hill,

To fetch a pail of water.

And broke his crown;

And Jill came tumbling after.

In other words, there was a horrific incident at the top of the hill. Jack was pushed by Jill who fell down the hill and broke his skull (so basically he’s dead) and to make it look like an accident, Jill chucked herself down too. Well, that's what I interpret this situation.

In actual fact, this rhyme is based around the French Revolution in 1793. Louis XVI and his wife, Marie Antoinette, were convicted of treason and were beheaded - they literally broke their crowns. Louis first and then Marie shortly after. Did you know that the hill could refer to the steps leading to the guillotine and the entire rhyme has four verses?

Ring A Ring o' Roses/Ring Around The Rosie

Ring around the Rosie,

A pocketful of posies,

We all fall down!

When I think of this nursery rhyme, I think of a bunch of happy children holding hands, going around in a circle in a field of flowers on a summer's day. At least that's what they portray this rhyme as, but there's actually no joy here at all as it was based around the Great Plague of London in 1665. As there were no antibiotics in the 1660s, anyone sneezes near you and you’re done for. You’re going to fall down and die.

I actually made a 2021 version of this nursery rhyme in relation to coronavirus below;

Ring Around the Disinfectant

Ring around the disinfectant,

A pocketful of a handgel,

We all get incubated!

Have you any wool?

One for the Master,

One for the Dame,

And one for the little boy,

Who lives down the lane.

When you first read this nursery rhyme, you get the impression that it's obviously related to racism. 'Black Sheep' is a slur related to ethnic minority slaves whose everyday task was to pick cotton, or in this case 'wool'. At least that’s how I perceive it.

In actual “fact” (and I use this term very loosely), this rhyme came around in the 1700s and is referring to the Great Wool Tax implemented in 1275 so King Edward I could pay for his military equipment. How cheeky, he could have just sold a few Royal jewels instead!

Still, the above explanation does not inform us why there was a sheep involved and why the sheep was black...

Thankfully, this nursery rhyme has been banned in some areas due to its racial implications and rumor has it that some people have replaced the color 'black' with 'rainbow'.

London Bridge is Falling Down

London Bridge is falling down,

London Bridge is falling down,

Did you play this game when you were a kid? I did. Two people would form a bridge, whilst the third would run underneath them back and forth without trying to be trapped in their hands. How sweet.

What isn’t so sweet, is that this nursery rhyme is actually based on immurement. Did you ever play The Sims and remove the ladder from the pool so your sim would drown and die? Or put them in a room and remove the door so they would die of dehydration and starvation? Well, that's immurement.

Those who were building the London Bridge believed that humans would have to be the foundation of the bridge otherwise it would collapse. Sounds like the Fair Lady wasn't so fair after all!

Humpty Dumpty sat on the wall,

Humpty Dumpty had a great fall,

Ah, the poor eggshell man. Went to war, fragile and young, got terribly injured, and couldn’t be saved. That’s how I interpret it.

Actually, this rhyme is in relation to King Charles I in 1648. To deter an opposing army during the English Civil War, he placed a cannon on a Church tower and the cannon was called Humpty Dumpty (no idea why you would want a pet cannon, but oh well). After three months, the cannon was knocked down from the wall the King's men were unable to fix it to an operable level.

This theory doesn’t explain why Humpty Dumpty was an egg? Maybe King Charles I was bald and had an egg-shaped head?

BBC report that in 1941, the British Society for Nursery Rhyme Reform had condemned more than 100 nursery rhymes for having 'unsavory elements'. To be frank, they're just plain cruel rhymes.

Have I ruined your childhood yet? There are many more nursery rhymes that more than likely have a slightly nasty background story to them, but I think I’ve highlighted the worst.

The poor children of today are singing and prancing away to these tunes very oblivious to what the actual meanings are. Ah well, when they grow older they’ll soon know!

Historical
Shamar
Read next: How The Secret to Effective Metabolism Can Keep You Out of Trouble
Shamar