Did You Ever Hear About Aeroflot Flight 6502?

by Shamar about a month ago in Mystery

How two Russian pilots decided to place a bet on whether one could land a plane with their eyes shut. 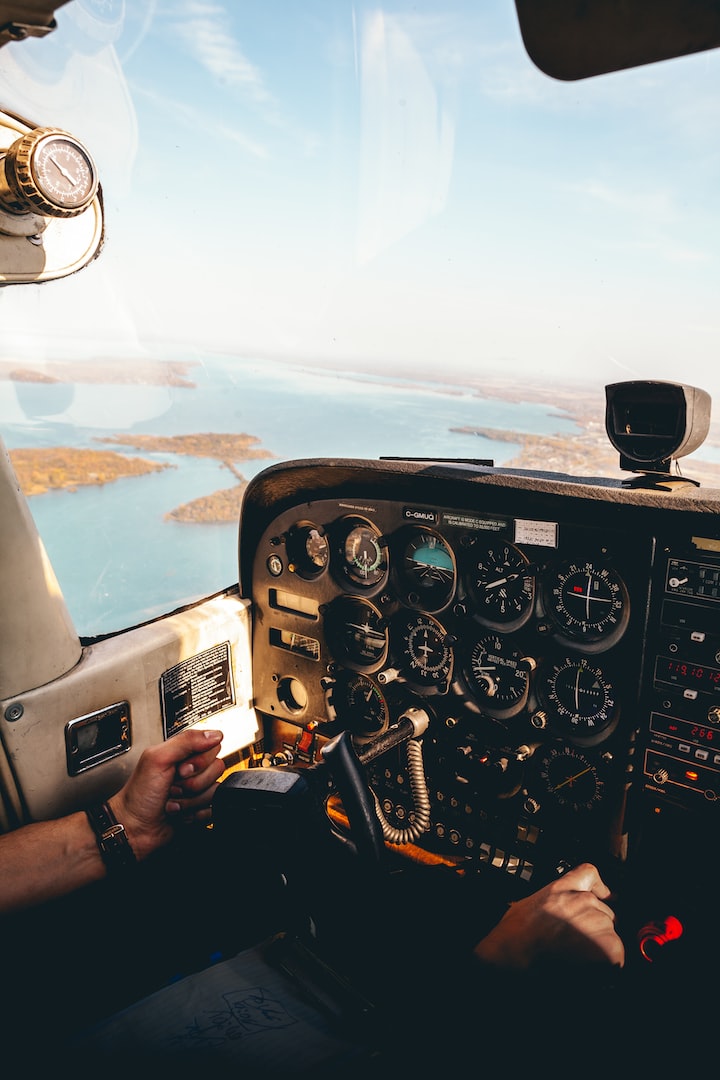 Photo by William Topa on Unsplash

Do you ever get a horrid anxious feeling whenever you're about to get onto a plane, like you could crash or the flight could get struck by lightning? Ever get a fear that all the horrid, very unlikely things that you see in the movies could happen to you? Snakes on a Plane stopped me flying for years - great film though.

Apart from those crazy people who enjoy taking flights and being held captive for hours in one seat, the vast majority of us get these feelings of anxiety and doom when flying. Either way, we still step onto the plane and have great faith in the universe - and the pilots - that we will arrive safely at our destination. 99.99% of the time we do get there and back in one piece.

But what if you were in that unlucky 00.01% of passengers and end up on a dodgy flight? This was the case for 87 passengers - not including the flight crew - who stepped foot on Aeroflot Flight 6502 on 20th October 1986. What happened on this flight is absolutely astonishing and I can't believe people haven't heard of it before.

Pilot in command Alexander Kliuyev and co-pilot Gennady Zhirnov flew 87 passengers from Koltsovo Airport to Grozny (basically, one end of Russia to another). Some kind of dispute must have broken out between the two pilots, because Zhirnov said to Kliuyev;

"I bet you can't land a plane with your eyes shut."

Kliuyev accepted this challenge and would land the plane with an instrument-only approach. In other words, he would land the plane following the buttons and lights on the plane dashboard. Instead of shutting his eyes, as the plane had curtains, they shut the curtains leaving only a slither of daylight but most certainly not enough daylight to safely land a plane!

What I want to know is, why would you accept a bet that could go awfully wrong and you could die and also potentially kill 87 other passengers, not including the flight crew?

Nonetheless, as Kliuyev was landing the plane, the ground proximity warning starting going crazy at an altitude of 62–65 meters (203–213 ft) which suggested he run the plane around before landing on the runway. He ignored this warning. Apparently, air control even contacted the pilots and asked them what the hell was going on, but Kliuyev insisted they would be fine and continued to descend.

Did they crash? Of course they did. The plane landed at 172 miles per hour, flipped over, the left-wing was ripped off, flames burst everywhere and eventually stopped upside down.

63 passengers died immediately upon impact and 7 more passengers died on their way to the hospital. Zhirnov attempted to help other passengers but also sadly died due to cardiac arrest shortly after the crash.

What happened to Kliuyev? He survived. During his trial, it was reported that Kliuyev was cold and unremorseful. Fortunately, he was convicted of gross negligence, for violating every single rule as a pilot and was sentenced to 15 years in prison. As we are in 2021, this means he would have been released by now. Personally, I don't think that man should even be allowed to fly a kite after what he did.

I'm sorry if I've enhanced your flying fears. If it makes you feel better, they no longer have curtains on the cockpit windows now, but that doesn't stop them from using a blindfold!

For your information, over the past five years, there have only been 14 fatal plane crashes. Furthermore, the odds of a plane crashing is only 1 in 188,364 compared to 1 in 304 for you to end up in a car crash. If that still hasn't helped, don't worry, you'll be fine! Just sleep throughout the whole flight and if something does go wrong (God-forbid) then at least you would never have experienced it!

Mystery
Shamar
Read next: How The Secret to Effective Metabolism Can Keep You Out of Trouble
Shamar