Did You know? - The never-ending Rodent family 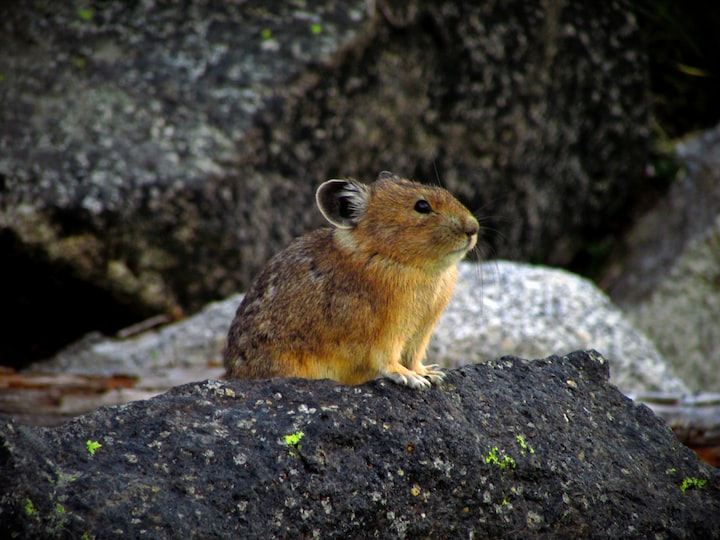 Photo by Diana Roberts on Unsplash

Rodents are among the most successful mammals in the world; almost half of all mammalian species belong to this family and their numbers are likely to be higher than the other mammals combined. This is due to their high reproduction rate: the house mouse reaches sexual maturity at 5-7 weeks and females can give birth to more than 50 pups every year as they can mate right after giving birth.

Besides, rodents have adapted to almost all habitats; from the cold tundra to hot deserts, from our backyards to artificial ponds.

Most rodents are herbivores, but some species are happy to eat meat as well. In addition to plants and fruits, the South American agouti also loves to eat mussels. Muskrats love to eat mussels, frogs, crayfish, fish, and small turtles. The Australian water-rat – also known as Rakali – feeds on aquatic insects, fish, mussels, snails, frogs, birds' eggs, and waterfowl.

Mice only eat cheese, bacon, peanut butter, and bread if there’s no better option. Their diet consists of seeds, shoots, fruits, oilseeds, and insects. However, some mouse species are carnivorous like the North American grasshopper mouse; they hunt worms, scorpions, snakes, centipedes, and other rodents.

Are all rodents small?

In the past, some rodents were enormous like the bear-sized Giant beaver (Castroides) which was endemic to North America, or 3-meter-long rodent with a head the size of a bull! The largest living rodent in the world is the Capybara, native to South America. This animal can weigh up to 66 kg (146 lb) and grow to a length of 1.3 m (4.3 ft). Beavers are large animals as well; they can grow up to a meter (40 in) and can weigh up to 50 kg (110 lb). The North American porcupine and the muskrat are slightly smaller than beavers.

However, most rodents are small. Due to their small body size, they need a relatively small amount of food, so they are less affected by harsher climate than larger animals. Also, they grow faster, which allows them to have many offspring throughout their short lives.

Packrats – also known as woodrats – build nests from twigs, grass, bones, and all sorts of debris. They have a habit of stealing shiny, colorful objects like foil, bottle caps, coins, watches, glasses, jewelry, and sometimes even dentures. When they find a ‘treasure’ they want, they will drop what they are currently carrying and "trade" it for the new item.

The first American settlers thought these animals were indeed traders, which is why they got the name. Today, we know these cuties do not “trade” or try to cover up their theft, they leave the old item as they can only hold one ‘treasure’ at a time.

Why do rodents’ teeth continue to grow?

One of the most distinguishing features of rodents is their large, razor-sharp incisors. Rodents gnaw for two main reasons: first of all, to not starve to death, secondly to wear their teeth down so that they do not reach and pierce their throat or skull.

The teeth of rodents are very strong, mice and rats are capable of chewing through lead wires and cut through steel and concrete!

However, having continuously growing incisors does not mean that their owner is a rodent. Rabbits, hares, and pikas were once considered to be rodents, now they are included in a completely different order. Shrews, moles, and hedgehogs are also not rodents. The main difference between them is the shape of their teeth: for example, rabbits and hares have two extra incisors, while shrews have sharp, spike-like teeth, and not the gnawing front incisor teeth rodents have.

Lemmings are small herbivores with a wild reputation. They are thought to explode when angry. Although they are quite feisty, they do not explode. If they get angry, they release stress through fights.

There’s another myth that has held on for decades: Every few years lemmings commit mass suicide by jumping off cliffs. This is based on actual behavior; however, they don’t commit suicide.

Some lemming species can produce a litter every 3-4 weeks with up to eight pups. Hence, every 3-4 years their population increases drastically. This might be related to the rich food source and few natural predators. When their population becomes too dense and the food is scarce, some species migrate in large groups – often in thousands – to find new areas. Some lemmings inevitably die during their migration by falling off rocks or trying to cross lakes, rivers, or the sea. But this is not suicide.

This myth is based on a massive fraud. Disney made a documentary in the 1950s and they staged a lemming death plunge, pushing dozens of lemmings off a cliff while cameras were rolling.

The amazing survival strategy of the naked mole-rat.

Naked mole-rat is neither a mole, not a rat, they are entirely cold-blooded (ectothermic) mammals that live longer than most rodents.

These little critters are native to East Africa and live most of their lives underground. Probably this is the reason why they have developed a superpower: they can survive 18 minutes without oxygen! If mammals’ brains cannot get enough oxygen, they run out of energy and die. Naked mole-rats rearrange certain parts of their metabolism to survive in environments that have low-oxygen: their brains begin to burn fructose, which produces energy through a pathway that is only used by plants – so they basically turn into plants!

But this is just one of their stunning traits; they also don’t age, are less likely to have cancer, and they are immune to certain types of pain.

Researchers believe that naked mole-rats can help improve the treatment of heart attacks and stroke.

The squirrel squeaks. The North American porcupine screeches, coughs, groans, and whines. The Capybara barks, cackles, whistles, and grunts like pigs. The Tuco-tuco makes a "tuc-tuc" sound while digging its burrow. Prairie dogs bark like dogs when a predator is present and danger is imminent - that's how they got their name. The Yellow-bellied marmot’s scream can be heard up to 1.5 km away.

But probably the North American grasshopper mouse has the most unexpected sound: it stands on its hind legs, throws its head back, and groans like a tiny wolf before crunching into its prey.

According to the CDC, mice, and rats can spread at least 35 diseases to humans – directly and indirectly –, including Hantavirus, Tularemia, Salmonella, Pestis, Lyme disease, Typhus, and the West Nile Virus.

Rats and mice have long been considered deadly pests as they live in cities, urban areas, farms, and gardens. They don’t just ruin the environment, but spread many diseases both directly – like bites and scratches – and indirectly - through contact with feces, urine, and saliva.

Their feces, saliva, and urine can contaminate our drinking water and food, but we can get viruses by inhaling contaminated dust. If this wouldn’t be enough, fleas, ticks, and mites transmit many diseases from rodents. Recent studies show that the main reason for the rapid spread of the infamous bubonic plague was infected human fleas and body lice and not rats alone.

Receive stories by Daniel Toth in your feed
Daniel Toth
Read next: Jellyfish 101