by Alisan Keesee 5 months ago in Humanity
Report Story 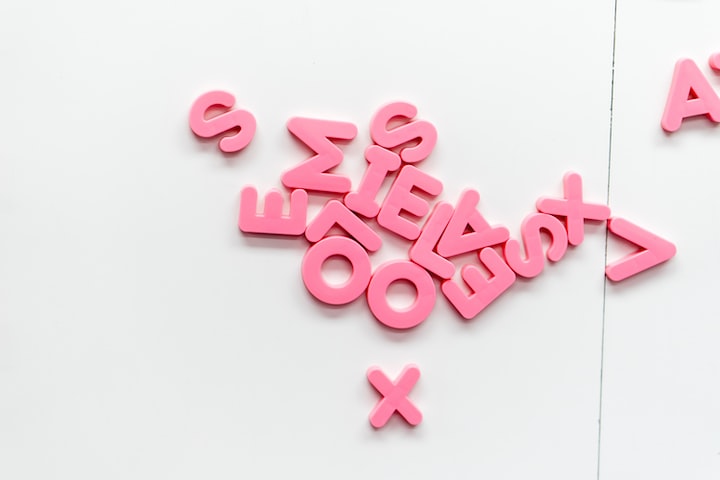 On the first day of my high school Spanish class, a girl behind me said, "Why do we have to learn Spanish? It's so much harder than English." Obviously, this tone deaf comment is exactly one that a frustrated language learner (especially one that is a teenage girl) would make. However, even I, a fellow teenage girl at the time, saw the flaw and inappropriate nature of the comment. It wouldn't be for a few years though, in my college linguistics class that I would actually learn just how wrong she was.

Before we dive into all the ways the English language is fucked, let's look at another fact. The best language learners are children. From the time babies are born, they are studying their parents' words, reactions, emotions, and intonations. Children don't usually master their native language (at least to the point they no longer make simple mistakes) until around the ages of 8-12.

Since childhood and adolescence is when we are actively learning our native language, this is when it is easiest and best to begin learning and teaching a foreign language. Therefore, beginner high school foreign language classes are conceptually flawed. That's not to say it's entirely impossible to learn a new language after the age of 15, it does become much more difficult unless you are a savant. Additionally, phonemes (the sounds that make up words and a language) not in your native language are sometimes impossible to pick up if you didn't learn the natural tongue and mouth placements. At the very least, this tends to results in a child-like speaking voice or a heavy accent when speaking a foreign language learned as an adult.

All right, not that we've looked at why languages can be so difficult to learn, let's dive into some cool (and frustrating) facts about English that will frustrate even native speakers.

Is it "all intents and purposes" or "all intensive purposes"? This is an example of an eggcorn which are words or phrases that are misheard and repeated so much that they can sometimes form into new phrases. Some other examples of eggcorns are: espresso and expresso, old wives' tale and old wise tale, on the lam and on the lamb, etc.

Overall, eggcorns are fairly harmless (unless you talk to a strict prescriptivist). But, they can easily lead to confusion, especially when learning a new language. Some eggcorns are prevalent in certain dialects, which contributes to why they are sometimes difficult for even native speakers of English to have a hard time understanding one another.

Sure, some words follow this rule such as yield, wield, chief, and believe. However, countless others do not follow this rule: glacier, albeit, seize, weird, neigh(bor), science, and more. While a catchy rhyme and easy to remember, it can lead to common misspellings such as wierd. If only grammar and language rules could all be as simple as rhymes.

#3: There's an order to adjectives

This is one of the facts that blew my mind when I learned it. For example, when describing red balloon that is big, native English speakers will say, "a large red balloon" or a "big red balloon". They will not say a "red big balloon". Why? Because adjectives have a hierarchy that native speakers naturally understand and learn. While we might not be cognizant of this order, it exists.

Linguists have mapped out this order and according to the Guardian, the order is as follows: "opinion, size, age, shape, [color], origin, material, purpose."

Many will know that English is considered a Germanic language. However, over half our vocabulary comes from Latin-based language (aka the romance languages). A large number of these Latin words came following the Norman (French) invasion of Great Britain in 1066. Beyond this, English also has significant Scandinavian and Arabic influences.

So, if the majority of our words are not German, why is English considered a Germanic derived language? There are two main reasons. First, when tracing the origin of various languages off the Proto Indo-European branch, the migration patterns which formed English largely follow those of Germanic peoples. The later influence did not come in until after the basics of English had formed.

Considering English is a Germanic language, when trying to find its closest language cousin, it would be logical to assume it is German. However, the closest language which is nearly mutually intelligible is Frisian which is a language spoken largely on fringe islands of the Netherlands and Germany. There are only about half a million native speakers of Frisian. Watch this video and see how much you can understand!

The English language is fascinating and frsutrating. So, next time you're struggling to remember the conjugation patterns in Spanish, see if you can list the conjugations of English. It may just humble you.

More stories from Alisan Keesee and writers in FYI and other communities.