by Judith Isidore about a month ago in Humanity
Report Story 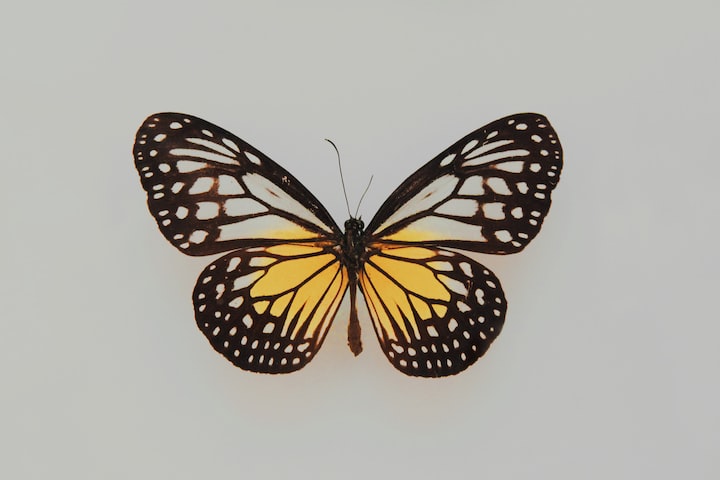 Photo by Fleur on Unsplash

The butterfly effect is beautiful in appearance; When a butterfly is flapping, this means that it is moving its wings back and forth so quickly, that the word "flap" goes very beautifully with the word "butterfly", butterflies flapping their wings. Other things can also flutter, like sailing on a boat that's flapping in the wind, flutter can also mean moving in an uneven and erratic way which is actually the topic of this article. For example, when two people are in love, you can say that " Their hearts flutter."

A brief history of the butterfly effect

Nearly 45 years ago, during the 139th meeting of the American Association for the Advancement of Science, Edward Lorenz asked the question:

“Does a butterfly’s flapping of wings in Brazil cause a hurricane in Texas?”

The concept referred to as the Butterfly Effect has been adopted by popular culture, where the term is often used to stress the importance of minute accidents as in the 1990 film Havana, in which Robert Redford plays Jack Will, a gambler with a remarkable talent for mathematics, telling his colleague Lena Olin that "a butterfly It can flap its wings on a flower in China and cause a hurricane in the Caribbean."

Lorenz, the MIT professor of meteorology who developed the concept, never intended to apply the concept in this way, but actually intended to make the opposite point to it.

He said that the purpose of his provocative question was to illustrate the idea that some complex dynamical systems exhibit unexpected behaviours, such as that small variations in initial conditions can have profound and widely varying effects on system outcomes. Results cannot be predicted due to the sensitivity of these systems. This idea became the basis for a branch of mathematics known as chaos theory, which has been applied in countless scenarios since it was introduced.

Chaos theory and the butterfly effect

Chaos is the science of non-linear and unexpected surprises, and we learn to expect the unexpected. Whereas most conventional science deals with supposedly predictable phenomena such as gravity, electricity, or chemical reactions, chaos theory deals with non-linear things that are difficult to predict or control, such as turbulence, weather, the stock market, and the human brain. These phenomena are often described in fractional mathematics, which exemplifies the infinite complexity of nature.

Many natural objects exhibit fractal properties, including landscapes, clouds, trees, rivers, etc., and many of the systems in which we live exhibit complex and chaotic behaviour. Realising the chaotic, fractal nature of our world can give us new insight, strength, and wisdom. For example by understanding the complex and chaotic dynamics of the atmosphere, a balloon pilot can 'orient' his balloon to a desired location.

Some examples of the butterfly effect

The assassination of Archduke Franz Ferdinand was planned but unsuccessful by the terrorist group "Black Hand", as a grenade was thrown at the convoy of the Archduke while he was visiting him and hit another car. The Archduke was determined to visit the injured and travelled to the hospital, but during the trip he noticed that the driver was not following the modified route that had been predetermined.

When the driver began to back off, one of the men charged with his assassination, Gavrilo Principe, happened to stop to buy a sandwich at the corner, as the car carrying the Archduke stopped right in front of the shop. Princip shot the Archduke and his wife, plunging the world into a four-year war with millions of casualties.

Henri Tandy was in France in 1918 fighting for the British Army when he decided to forgive the life of a young German. This decision was costly to the world in a way no one could possibly imagine. Tandy was fighting for control of Marco when he saw a wounded German soldier trying to escape after he was injured, Tandy could not bear to kill him, so he let him go.

More stories from Judith Isidore and writers in FYI and other communities.