A Letter From My Invisible Prison

by Jason Ray Morton 27 days ago in Humanity
Report Story

Trapped by a circumstance that I wouldn't have known to be aware of. 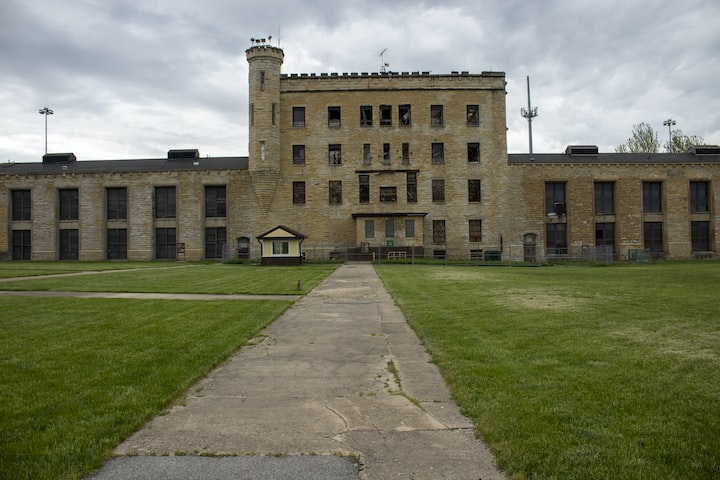 Photo by Ray Graciano on Unsplash

People can be trapped in a country, without rescue, without recourse, and without hope of that changing. Realizing this was the case after reading an article about Portugal and seeing the pictures of such a beautiful place, I was again hit with the stunning realization that some are not allowed to leave the country where they are from. I fear, financial aspects aside, I will never see anywhere but the United States. Like most, I will likely not see much of my home country. I can no doubt thank Al Quaeda, ISIS, and other scumbag terror groups for this reality. I'll explain.

The Circumstances Of Imprisonment

The circumstances of my imprisonment are that I am confined to the continental United States. This is not a joke and not an exaggeration. You'll understand shortly, but it's not because of anything that I did.

I was born in 1972 in New Hampshire. I was born and given my biological father's name. My parents divorced and when I was ten my mother remarried. A couple of years later my new father wanted to do adopt, or do a legal name change so that his sons shared his name. I don't remember it well, but at that age, I was alright with it because my new father was cool.

I had been Jason Morton for a couple of years but it wasn't legal. At that age, it's not hard for parents to move you to a new school, change your name in the school system, and you just go on not thinking twice about the circumstances. I grew up, got a driver's license, got married, had a child, and served for a few years as a police officer before ever thinking about traveling outside the United States. By anyone's standards, I was doing a lot, so it took a long time to think about traveling and what I might want to do someday. I was an officer, a shift commander, and a single father. My plate was always full.

My brother, being the smarter of the two of us, has had a passport for many years. He had to jump through hoops to get his passport. That's because he was in the same boat as I.

The Requirements For A Passport

Getting a passport isn't that hard if you can comply with everything you are requested to provide. Once you've filled out an application and have your appointment, you have to bring certain things to verify your identity. This is where I am screwed.

One of the items listed on the Usa.gov website is an original proof of citizenship document. For people born in the United States, that is a birth certificate. Then, you have to provide a photo ID document and photocopies of both. After that, it's a passport photo and payment.

If your birth certificate says one thing and your identification and your history says another then you are stuck. "Regulations!" Sure, there's one way you can get around it, short of paying thousands to hire a private attorney. I called a couple of Attorneys that do federal work, and $5,000 is and has always been more than I can afford for an attorney. However, if you have two living relatives that can verify you are the same (known you since birth), having them sign notarized letters, and submit those with your documentation, you'll likely get approved.

Thus, the shackles that bind me to the United States. The scariest part is going to be that soon I won't be able to fly. Under the enhanced security of the real I.D.'s needed to get onto planes and mass transit, I will be confined to only traveling where I can drive.

I waited two years too long to find out about a passport. Had my father been alive I could have had him and my brother sign letters for me. By the time I started thinking about things I'd like to see, the only person left that knew me from my youngest years to adulthood was my brother. The passport office insists it has to be verified by two living relatives.

Now, as we approach the deadlines for even stricter identification and travel rules, I'm realizing I'm unlikely to escape from this prison any time soon. This means I'll leave this world, no matter what, without seeing many of its wonders.