How to challenge your plot, create more depth in an already dynamic world, and character development 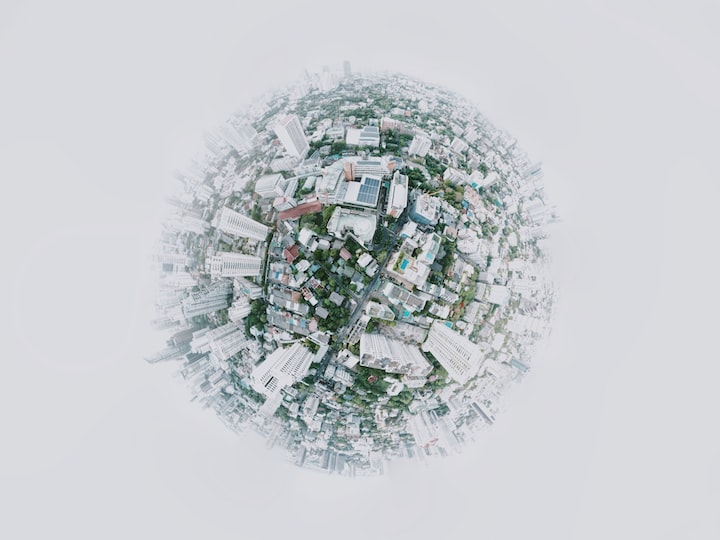 Photo by Joshua Rawson-Harris on Unsplash

I remember how in elementary school when I was first introduced and inevitably incredibly engrossed by the Harry Potter series. The saucy, innovative writing got you sucked in from the first page.

The first line of the first book reads: “Mr. and Mrs. Dursley of number four, Privet Drive, were proud to say that they were perfectly normal, thank you very much.”

This one in particular captivated me. I loved the cover art. I don’t know why the woman in the white headdress particularly struck my interest(the whole thing seemed mysterious and romantic to me).

I still adore those books. The world of Harry Potter has an interesting dynamic, it is split into two parts: the Muggle world and the Magic world. Interspersed between the two is the Ministry of Magic, that oversee all aspects of Magic ongoing within the Muggle world and within their own communities. I love the bureaucracy of that governmental type organization, something that makes my mind feel more at ease in a situation where things (especially in the Magic realm) feel off balance and challenging to keep up with. The schooling system and even the way they house inmates(no bars, no walls, just Dementors), is a highly creative way to build up your universe. It is one of the best fantasy worlds I have ever read.

But, I have a few minor notes on them.

Growing up and getting into Stephen King, Dean Koontz and Rick Moody:

I found that some of things about the Harry Potter universe were slightly off. Things that could’ve changed the dynamics of everything and what I felt could’ve made the plot more interesting, things I felt were unfair, and in general something that was lacking.

Now, as an avid fan of these books, other fans might be looking at me for more clarification—-and also—-like:

But I have three major points to make that may seem like minor things, but as an aspiring writer, I feel like these are actually very important things to look at whenever you create new worlds.

So, yeah, let’s start this out by clarifying that Harry Potter should’ve been in Slytherin. The Sorting Hat said this on many occasions, and this was the first most important thought process for the choice:

"Are you sure? You could be great, you know, it's all here in your head, and Slytherin will help you on the way to greatness, no doubt about that -- no? Well, if you're sure -- better be GRYFFINDOR!" Harry heard the hat shout the last word to the whole hall.

The whole ‘it’s all here in your head,’ part is what gets me. I know that by Harry choosing to be in Gryffindor, it gives him an edge and more independence, but what if he had been in Slytherin? I believe it would’ve opened up so many different possibilities, new relationships that Harry would’ve never have had because he was so set on Griffindor house, and the opportunity that Slytherin house could be redeemed by the harsh way it was seen by the school and their culture.

The strangest part to me of how the houses were set apart was that besides Slytherin, everyone in the other three houses seemed to get along and even work together but when it came to anyone in Slytherin—-they weren’t ever a part of that comradely.

The facts are this- not one single person from Slytherin was in Dumbledore’s Army and in the whole seven years of being at Hogwarts Harry never made one friend from Slytherin. The ones that are ‘good’, like Severus Snape, had their reputation marred with controversy even after the facts of his true actions are revealed—all because he was a Slytherin and once a spy for Voldemort(really a double agent for Dumbledore for the most part) but mainly, it is assumed that anyone from Slytherin are rude and mean toward everyone and also hate Muggles.

So, opening up the prospects of one, having Harry and his Gryffindor friends talking to and socializing with at least one or more Slytherin, two, showing that multiple people in Slytherin are nice and normal just like everyone else in the school, and three, illustrating that by having Harry be put in Slytherin he could bridge that social gap (having friends from all houses) and would nullify any unfair criticisms and biased against them as a house. It would strengthen his character, too, showing that cunning and ambition were not inherently evil, and his actions against the real evil would be easier to distinguish. This would show everyone that heroes can come from Slytherin, and you don’t have to stay in such a cliquey mindset—avoiding people just because they are cunning or ambitious, or like the color green! Harry could’ve been the spokesman for that house, truly incorporating the good things from his house and showing how it can benefit not only their school, but all of Wizardkind.

Here’s a great list of bookmarked lines from the series that talked against Slytherin:

And also this line directly from JK Rowling: "Not all Slytherins think they're racially superior," she tweeted. "But all those who do are Slytherins."

That doesn’t help anyone’s case! There’s no way no one from any other house isn’t racist or unfair in the way they see people and things.

But, this last moment of father/son dialogue does open up a good discussion of how Harry has changed his own bias toward Slytherin, giving me hope for the new generation of Wizards:

Dad, what if I am put in Slytherin?

Albus Severus Potter, you were named after two headmasters of Hogwarts. One of them was a Slytherin and he was the bravest man I've ever known.

But just say that I am.

Then Slytherin House will have gained a wonderful, young wizard. But, listen, if it really means that much to you, you can choose Gryffindor. The Sorting Hat takes your choice into account.

If you want a recap here are my bullet points!

That’s all I got, folks.😓 hope y’all liked this article!

More stories from Melissa Ingoldsby and writers in Futurism and other communities.