by WatchMojo about a year ago in religion

The Egyptian Gods and Goddesses are super fascinating to learn about; which is your favorite?

These are the ancient guides of the underworld and the afterlife. Welcome to WatchMojo.com, and today we’re counting down our picks for the "Top 10 Egyptian Gods and Goddesses."

For this list, we’re focusing specifically on Egyptian mythology only, meaning: no pharaohs or Greek Gods will be included. 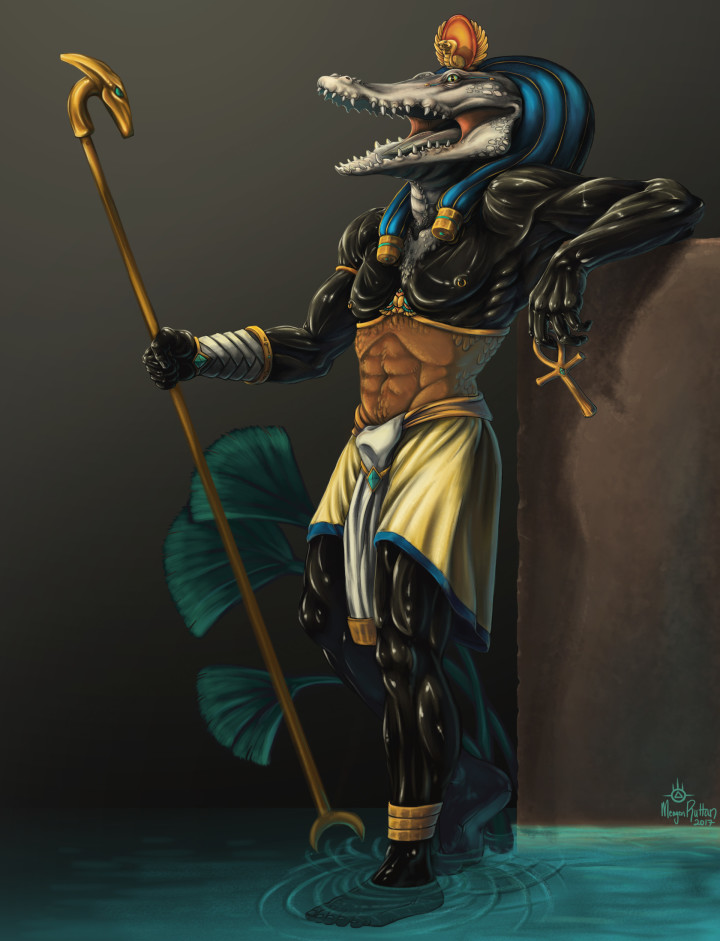 Easily identifiable by his crocodile head, this Ancient Egyptian deity offered protection from the dangers of the Nile. And while Sobek was originally acknowledged as the actual creator of the river, and perhaps even of the world, he’s primarily associated with fertility. Military and pharaonic power were also in his purview. The Ancient Egyptians were known to mummify crocs with the hope of receiving special care from Sobek in the afterlife. Not the calmest of Gods, but certainly one of the most respected, Sobek is sometimes referenced as an extension of both Horus and Ra (more on them later). 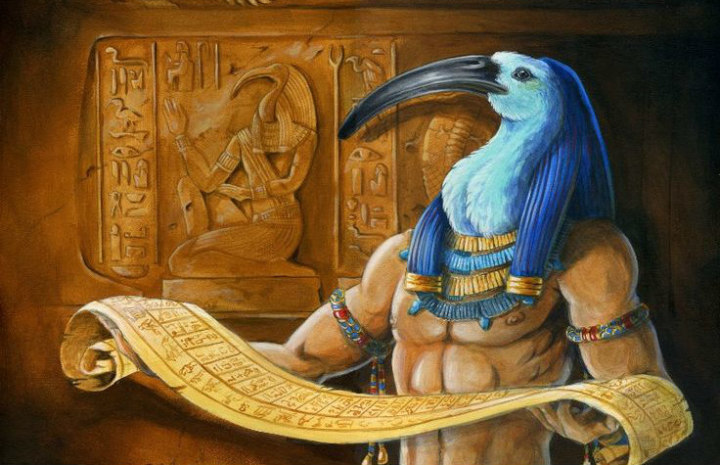 Now here’s an Egyptian god known for his calm and calculating ways. Originally functioning as a moon god, Thoth was later referenced as the designer of the universe itself, while also being recognized as the mediator between good and evil. In other words, Thoth kept Egyptians in check through education, even coming to be credited with the invention of writing. A multifaceted deity to be sure, and one with either an ibis or a baboon head, Thoth inspired the beautiful Egyptian art that continues to amaze the world. Somebody had to maintain the universe, and this god made it look easy in the eyes of those who offered worship.

He’s the father of snakes and had one heck of a laugh. It was believed that Geb’s booming cackles produced earthquakes, while his tears filled the Earth’s oceans. Sometimes connected with a divine goose and sometimes deemed partially responsible for a “world egg,” Geb is usually mostly recognized for vegetation along the Nile and being a ruler over tombs. Above all, Geb had the ultimate say as to which of the dead ascended to the sky and which remained in the earth, plagued by heavy guilt. Both a facilitator and dangerous being, Geb could easily rock the Ancient Egyptian world. 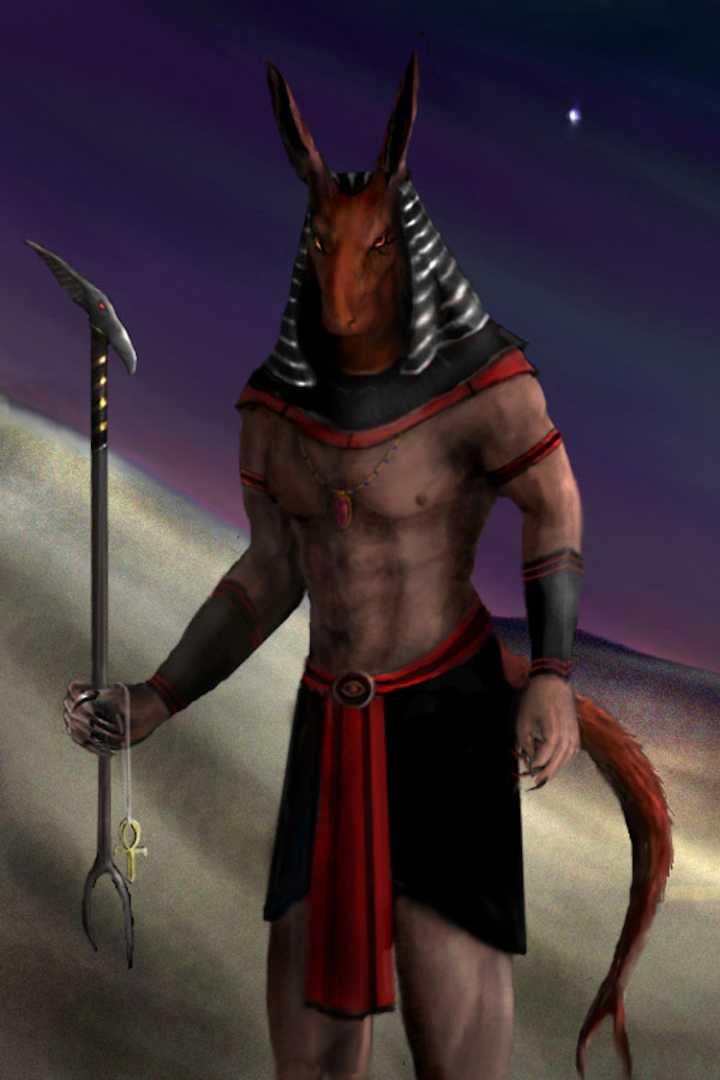 As one of the sons of Geb, this Egyptian God was known to be violent; in fact, he dismembered his own brother, Osiris. As a result, Set often feuded with Osiris’ son, Horus, giving rise to one of the classic tales of Egyptian mythology. Ultimately, Set complemented Horus’ rule of the arable land by taking charge of the Egyptian deserts. While Seth has become associated with dominating tactics, he’s also been vilified for his scheming ways, either within his own family hierarchy or by trying to seduce Horus for more power. At the end of the proverbial day, though, the red desert belonged to Seth. 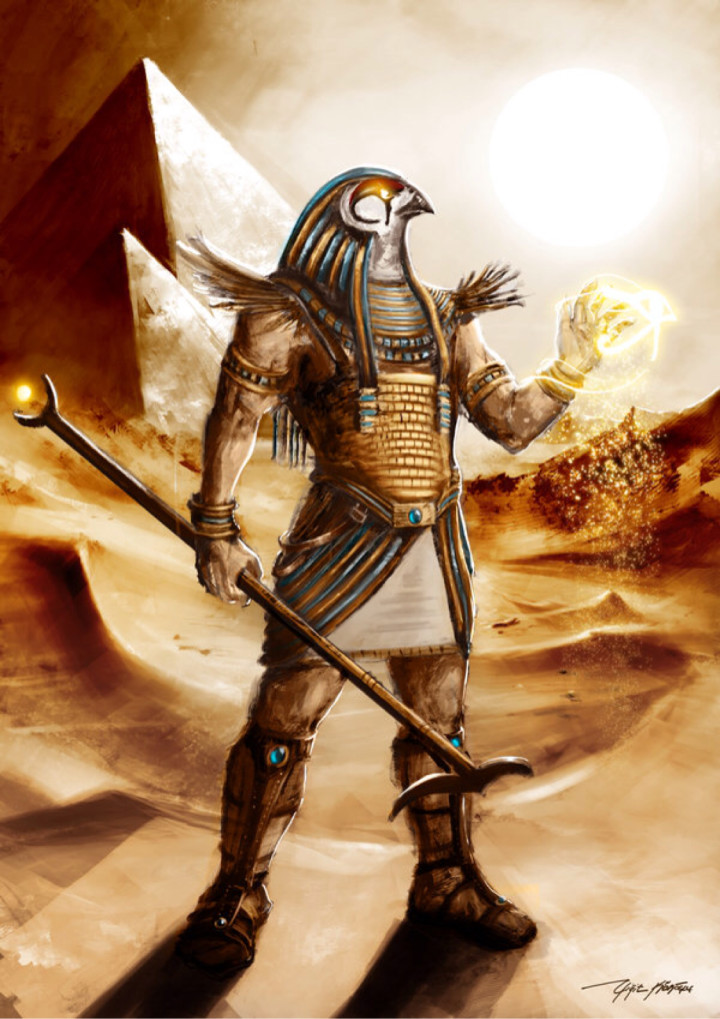 As mentioned, this God plays a prominent role in the Osiris myth. Respected as a God of the sky, a God of war and even a God of hunting, Horus wore many hats on his falcon head, and the Egyptian pharaohs were known to be the human embodiment of him. When it comes to his lasting legacy in the present world, there’s the Great Sphinx, which is sometimes considered to be an aspect of Horus, representing the rising sun. With various forms of Horus emerging throughout history, he’s mostly regarded as a solar deity as well as the son of Isis and Osiris, which places him as a rival to Set. 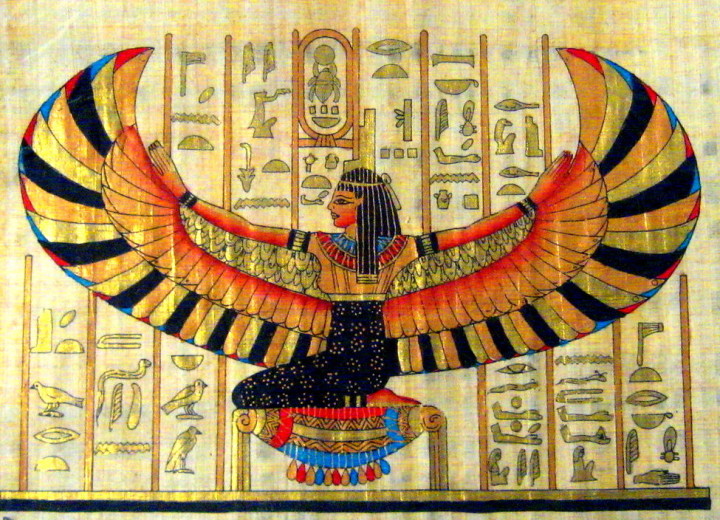 While this Egyptian Goddess has been aligned with various names and skills throughout time, the myth of Isis endures through her relationship with Horus. Likely inspiring the Christian imagery of Mary and Baby Jesus, the mother and son relationship played a pivotal role in the Pharaoh’s life, as Isis herself represents the actual throne. The flooding of the Nile River was often linked to the tears shed by Isis for her murdered brother and husband, Osiris, and along with fellow Goddesses Hathor and Mut, she remains one of the most celebrated female deities of Egyptian mythology. 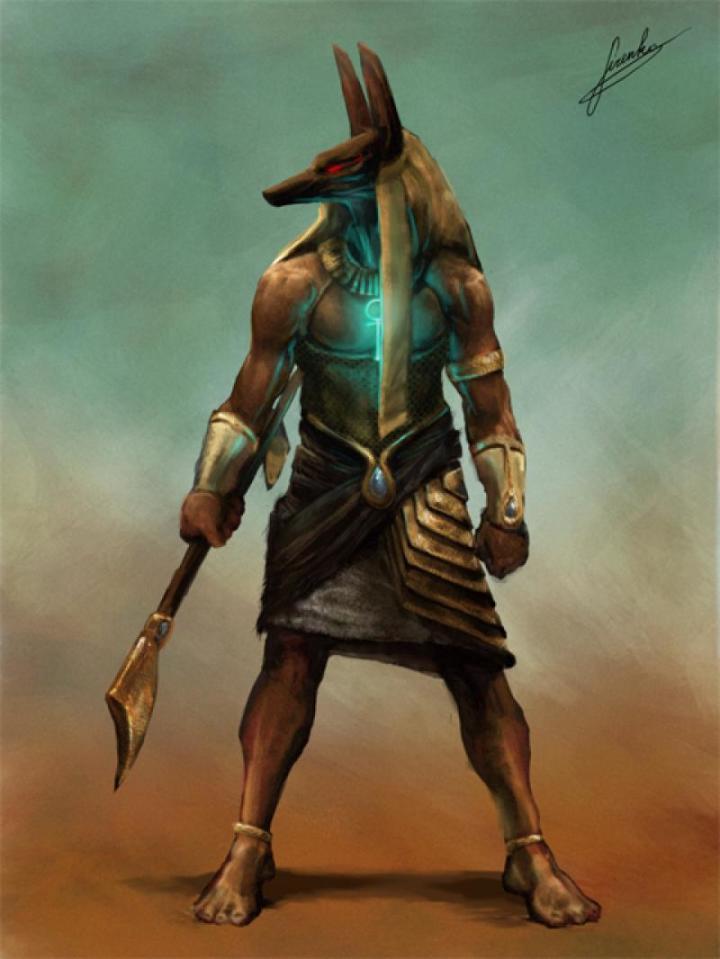 Despite very few references to this God in classic Egyptian mythology, his name dates back to the Old Kingdom of approximately 2600 B.C., where and when he was frequently depicted. Cited by Plutarch as the adopted son of Isis, Anubis offered protection for those in the afterlife, usually appearing with a canine head. In essence, this God had the ultimate say as to whether or not the dead could reach the underworld. At times, this meant weighing the souls and guiding them along to their eternal fate. Recognized in art as both a jackal and wolf, Anubis is closely connected to the embalming and mummification process. 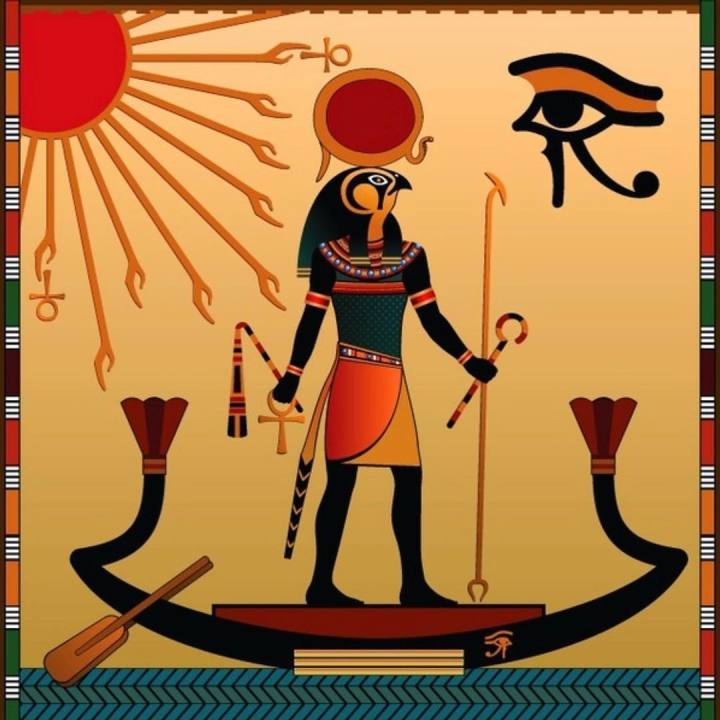 Often referenced as the defining God of the Egyptian religion, this Sun deity held great influence by the Fifth Dynasty. In fact, the famous Valley of the Kings is sometimes cited as portraying representations of Ra’s beams of sunlight, and as the supposed “Father of the Gods,” he ultimately merged into the deity known as Amun-Ra. Depicted in art through his relationships with Horus and Osiris, this God of the sun, underworld and maybe even the universe, made a cameo of sorts in Steven Spielberg’s “Raiders of the Lost Ark,” which is just one of many reasons we remember him today.

Son of either Geb or Ra (depending on the source), companion of Isis and the father of Horus, this is the God at the center of the Osirian myth. As the story goes, Osiris met his death at the hands of his own brother, only to be reassembled by Isis to give birth to Horus. In other words, this cycle of events led to Osiris becoming the God of the Dead, meeting Pharaohs after their demise and guiding them through a journey of spells and challenges. It’s also been said that Osiris once ended the practice of cannibalism, restoring life to the Egyptians and transitioning them to a life of agriculture. 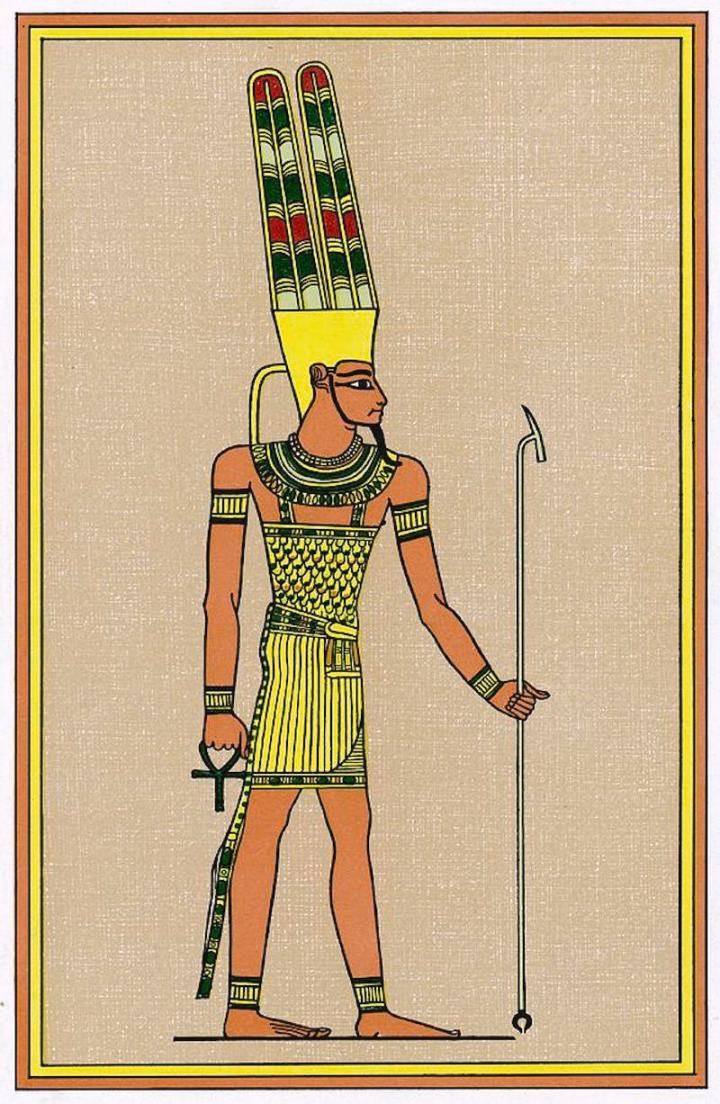 Originally known as “the hidden one” and correlated with creativity, the King of Gods named Amun looked after the city of Thebes around 21st century B.C. And as the creator of not only himself but also everything thereafter, his earthly extension would become Amun-Ra, which was the result of the Sun God merging with an invisible deity that the Greeks associated with Zeus himself. So, Amun-Ra held a commanding presence over the day-to-day lives of Egyptians, providing a sense of calm and personal meaning to their earthly and underworld practices. He is and always will be the defining presence of Egyptian Gods and Goddesses.

Do you agree with our list? Who do you think is the ultimate Egyptian God or Goddess? For more historic top 10s published daily, be sure to subscribe to WatchMojo.com.