by Tiffany Wells 2 years ago in religion
Report Story

to be liked is to be white 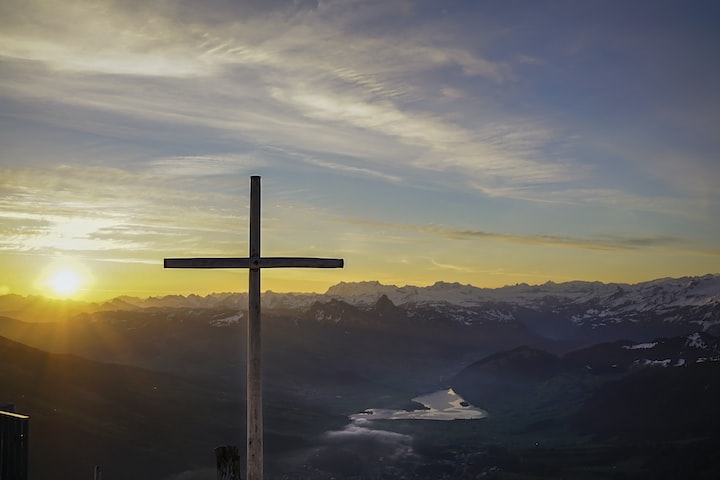 Photo by Hugo Fergusson on Unsplash

Growing up in the south is an unique experience. There are churches at every corner and shirts announcing bible passages. There are sometimes sign saying "God Loves You!" It's cute, but my point is that God is prevalent in the south. It is a way of life. Walk into any Hobby Lobby and see the quotes from the bible and hear the grandmothers talk about their church services and the scandalous things they have planned after like eating brunch at some cafe or Olive Garden.

I'm not christian. I acted like one for a long time because it was what was needed to fit in. I was first introduced to this "God" when I was seven at vacation bible school (VBS). The day camp I went to over the summer was located at a church and thought it was a great chance for us to learn about the miracle of religion.

My parents could care less about religion, and thankfully they did not force feed any sort of religion down my throat, but weren't opposed for anything that had a price tag of zero dollars.

I remember fun memories at VBS. I remember telling a kid I hated to shut up and him getting so angry that he snitched on me to the pastor when then talked about how we should all be respectful. I don't regret it. The kid was annoying and would talk during prayer and service, someone had to do something.

I do remember though a time where there were three paper crosses on a wall. We all had to choose the left or right cross to put a sticky note with our name. I guess it was part of the immersion of story put us in the "shoes" of the characters. I don't remember the side I chose nor do I care to do research. As I have said before I am not christian and do not wish for Google to send me ads about Christianity and Donald Trump. Anyway, the side I chose was of the character who went to hell. So, I a seven year old watched as all the kids who chose the correct side were able to move their names to the cross with Jesus and I stared at my name. I correlated to me going to Hell. I was destined for Hell. I prayed out of fear to God and begged him not to send me to Hell.

I never went to a morning service at a church, probably once when I was in the 5th grade, but it was so boring that my mind does not remember it. The only thing I remember was going up with a the friend who invited me to pray at the stage. I didn't pray. I didn't know what to pray for. I prayed for my friend to have a better life more likely.

The most involved I have been at a church was when I moved and met a friend, who I'll call 22. 22 for no reason in particular I just can't think of any fake funny names. 22 was an avid member of this church, they were raised in a christian god loving family. They prayed before eating and prayed before bed, which was strange (and still is) to me. My family wouldn't pray except on special occasions with family members on holidays, but other than that we didn't pray.

Any way this youth group was different. It was loud and there was pizza and sodas. What kid does not like the prospect of free food and drink? I think that was what made me so excited about the group was the food aspect. I could buy a slice of pizza, since I wasn't a new comer, for a dollar and a soda for a dollar. Now that I'm older I realize it was a waste of money and I could have bought an entire frozen pizza at a dollar tree with a liter of soda. Granted it might not have been the best tasting pizza.

I digress, I keep getting off track. Anyway like any youth group they preach the word of god. They would talk about how you shouldn't have plastic surgery or how you shouldn't commit suicide (in the worst way manner just said you will go to hell and never offered any sort of mental help). I never really paid attention to this part. I only came for the food and to hang out with friends. But there are things I learned at my time attending churches acting like a god loving christian. I learned that God is forgiving and will allow into heaven based on forgiveness. This is possibly when I began to question this God.

There was a time where the youth group would hold anonymous question nights where you can ask questions about the religion and get them answered. No one will know who asked, so everything was private. I always tried to ask hard riveting questions. But there was a question that shocked me. I don't remember the question words verbatim but it was something along the lines:

Will a child who never know God get sent to hell?

I assured myself that no a child will never get sent to hell. A child is innocent (most of the time). But the answer disagreed. Yes. The pastor told us innocent brainwashed children. That yes they will go to hell and that is why we must accept god into our hearts and spread his live saving message.

There is something else about the south that I don't particularly like. The matters on the LGBTQIA+ community. You see in the bible, the thousands of years old book that could have been mistranslated, it says it is "bad", a sin, to be homosexual. It is something that I saw on protest signs and heard in church. Being gay is bad. Don't be gay. You won't have salvation, just an entirety in hell. You can be shunned and kicked out of your home. Maybe you will be sent to therapy to fix you.

That's the thing about the south. We have southern charm and thank people for what they do, but the south hides behind this charm claiming to be all loving and caring. This masks hides the sneers of being different from the norms of society. BLM is looked down upon, so are non-Christians, and LGBTQIA+. I've seen the posts from my family complaining about Pride month or African-American History month. Yet they fail to realize that their complaints mean nothing. Veterans have a month, it's called May. There are other ethnicity groups that have their own history month. They complain about not having a white history month forgetting that the first thing I learned in school was white history.

Fox news and confederate flags are common in the south. The places that seem different are college campuses that show other news works. Yet, there are still some who go to college with this ideology. Some burn books, some post black face posts, but are protected by the school because it is free speech. Yet other colleges reject students for the same reasons. It's the South, we have southern charm and we care, just not for the right people.

If you want to be treated nicely in the south go to church, be straight, and be white.

More stories from Tiffany Wells and writers in Futurism and other communities.