The Next 'Planet of the Apes' Movie

by Joseph Pecher 2 years ago in scifi movie

How Fox Could Connect the Old to the New

On July 14th, 2017, War for the Planet of the Apes was released in theaters earning a staggering 490 million dollars at the box office. This is the third installment of the new Apes series. The movie, like its predecessors, was a commercial and financial success.

With talks of a fourth film being made, some fans are anxious and also curious to how the series will continue considering the fact that (SPOILER) Caesar dies from an arrow being shot into his side.

Perhaps Cornelius will become the next leader of the ape colony when he becomes of age of maturity to lead the people. Maybe Caesar's two surviving friends, Maurice the Orangutan and Rocket the Chimpanzee, can govern the colony together since both seem to share similar characteristics of Caesar; the two together would make an excellent governing team. Until Cornelius is old enough, these two can teach him not just his history but also how to lead.

But regardless of Cornelius, there are still two elements from the old series that I personally feel should be addressed in the next film: Mendez and the Alpha Omega Bomb.

Who is Mendez and what is the Alpha Omega Bomb? 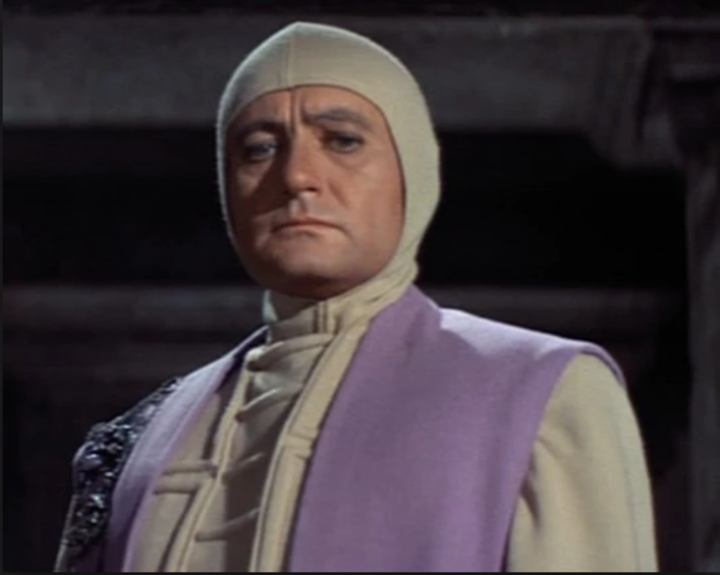 In 1970, Beneath the Planet of the Apes was the second film in the old Apes series after Planet of the Apes in 1968. In Beneath, an astronaut named Brent stumbles upon the ruins of New York City in a plateau desert, restricted of entry by the apes known as the "Forbidden Zone." Underneath the city, Brent finds a subterranean society of radioactive mutated humans who live inside the ruins of St. Patrick's Cathedral where they pray to and worship a nuclear missile called the "Alpha Omega Bomb." Sound familiar?

The leader of the human society is a man named Mendez. The movie doesn't reveal his full name, just Mendez. Mendez is seen as a Pope-like figure; he is the head of the religious society within the human society. Every now and then the humans attend a church service where they pray to the bomb and at one point they take their faces off—revealing that they are actually wearing masks—to show the bomb their true form: their skin is outer skin and is completely gone and they have no hair whatsoever due to years of being expose to radioactive fallout. 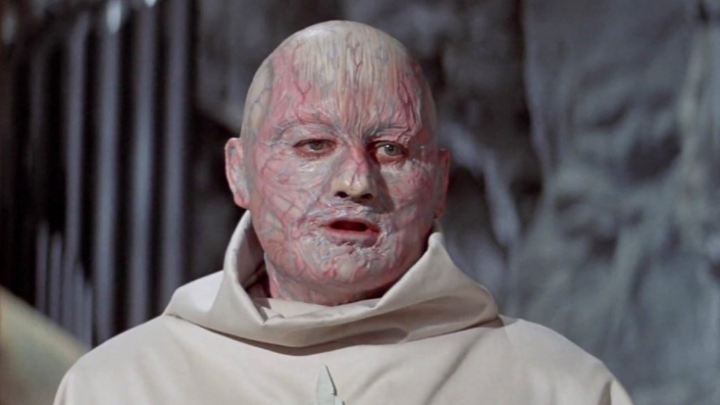 The Alpha Omega Army is still out there. 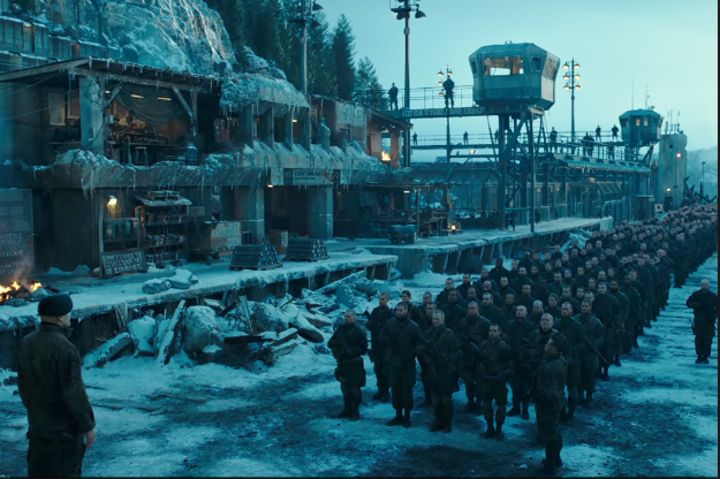 In War, Caesar and the apes are at war with a defected battalion of the U.S Army called "Alpha-Omega." During the war, their leader, Col. McCullough, discovered a change in his son John. One day John stop speaking, becoming primitive like an animal. At first McCullough thought his son had P.T.S.D from the war but then John's caretaker and Doctor stop speaking and became primitive as well. The Colonel realized that the Simian Flu virus, a virus that was accidentally released to the world, and killed 90% of the population, had suddenly mutated in the bodies of the immune survivors. If this were to spread if it would "dehumanize" the remnants of mankind into the state of an animal.

At the time of this discovery, the colonel's battalion had been running an Army depot-turned-quarantine facility where many infected civilians from around northern California were housed. The colonel ordered all of them killed and their bodies immolated to stop the virus from spreading including his own son, John. A portion of soldiers with friends and family refused to commit murder and deserted the quarantine base with their loved ones.

This is the beginning of my Mendez connection. One of those soldiers who deserts the base is a Captain named Dr. Robert Mendez, a Doctor in the U.S Army. He and fifty other soldiers along with their families escape the base through the sewers underground which leads to the woods.

Capt. Dr. Mendez believes in solving this crisis through a cure not killing. He leads his platoon back to the original military base up north where Col. McCullough and his battalion had been dispatched from to exterminate the apes. Now they are heading back up north to report on the atrocities of the quarantine base and to see whether or not the rest of the U.S. Army has yet developed a cure.

Mendez' group, after giving their testimony to their superiors, are housed in the military base. Mendez is placed in their medical department where he discovers a cure to the virus: bacteria from simian blood.

In my story, during the Simian Flu crisis, this military base had been housing apes in cages. Soldiers from this base would enter in zoos, circus, and animal shelters from all over northern California to remove the apes out and into their base to be imprisoned then exterminated. After taking samples of their blood away they were killed. Many of these apes were intelligent just like Caesar's colony and many of these apes broke out of their cages an escaped to the mountains. The Army never finds them.

After the Army leaves the base to go exterminate Col. McCullough and his battalion, Mendez and his group are the only ones there. Mendez had already injected his new found cure to all of the sick and infected people at the base before giving it to his people including himself. At first the cure proved successful; the people secured their intelligence. However, there were side effects not realized at the time. The cure transforms the people. Their hair on their head falls out and their skin on their head and face develops veins all around.

Many of the people are repulsed by this new appearance, but some, despite their hideous look, are actually grateful considering the fact they still have their speech and intelligence.

Mendez places his cure inside an empty large missile because the virus cannot penetrate through the metal material and spray paints the Alpha-Omega symbol on the front to show they still considers themselves members of this army and that they believe that this missile now holds an "life or death" medicine inside. I chose a viral bomb because I feel at this point nuclear war will never be touched because that was a cold war theme.

And with good reason too.

Remember those apes that escaped the base? Well many of them come back to pillage the facility and kill the humans for what they did to them. If the apes ever got a hold of the viral bomb then the cure could potentially be released to any people living on the outside.

And that is my Mendez/bomb connection.

I'm a Creative Writer, I LOVE writing about, Movies, Television, Sci-Fi, History, Media, or every day things! I write content regarding education, entertainment, and fun!

See all posts by Joseph Pecher →