The Homo Economicus Is Fiction

by Louis Petrik 10 days ago in psychology

How irrational we behave and which biases cause this 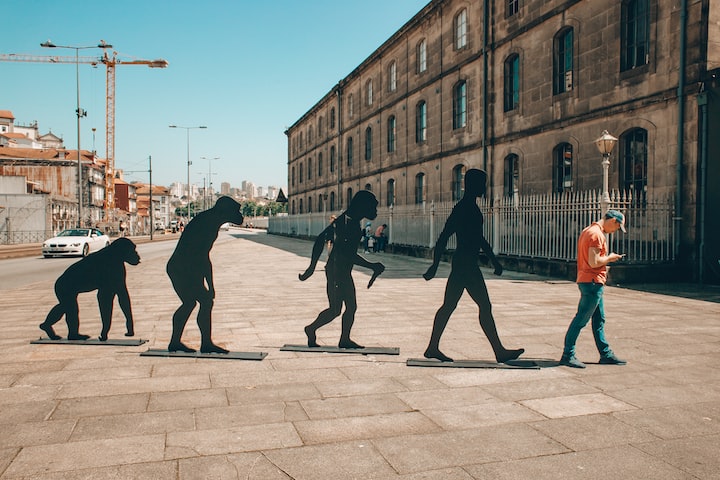 A person who acts and makes decisions absolutely rationally and economically in every situation, who uses his resources optimally in order to achieve the maximum benefit.

But this seems quite obviously not to be the case.

We spend our money on things like cigarettes that make us sick.

We are buying things that we don't even need.

We cause speculative bubbles and let the marketing agencies of this world fool us.

Here are a few reasons why we are like this.

We Cannot Possibly Be Optimally Organized

The Homo Economicus would have to go shopping for the optimal and most rational plan. But that this is quite unrealistic, and even if it were possible, it would involve an irrationally high use of time, becomes clear when we consider the following:

If we want to go shopping rationally, we need the following:

The optimal supermarket, based on selection, prices of all products we need, and the distance to that supermarket. After all, we don't want to waste time or resources on transport to an overpriced one.

The exact amount of things we should buy. Either based on experience or on a precise schedule of when we want to eat.

Of course, this also depends on the dishes we want to cook. But who knows what we'll be hungry for tomorrow. And just because we get 2 kilos of potatoes for a super price in the next supermarket, that's hardly enough for a delicious meal.

It should quickly become clear that rational decisions are virtually impossible. And even if we had all the information, our behavior still depends on how it is presented to us.

Because we humans are easily influenced, especially by numbers, as the following experiment shows.

One day, the students of Richard Thaler, professor of economics, were outraged by their professor's grades.

The students scored on average 70% of the maximum 100 points that could be achieved, more or less as usual.

In the next test, Thaler simply changed the scale of points, to a maximum of 137 points that could be achieved.

On average, his students scored 96 points in this test, which again corresponded to about 70%. Nevertheless, the students were much more satisfied with their results, the 96 simply sounded better.

Why We Find Overpriced Stuff at Garage Sales - The Endowment-Effect

Rational shopping is one thing, but a true Homo Economicus would also sell things he no longer needs at an optimal price. So that he gets enough money for them, but also that he doesn't have to wait too long for someone who is willing to pay that price.

Nevertheless, whenever you look at other people's offers, be it clothes, furniture or electronics, you always find offers that we feel are far too expensive. And they probably are, objectively speaking.

Because we humans value things that we ourselves possess as more valuable than they actually are. An experiment shows this well:

The participants of group 1 should estimate the value of an object they do not own.

The participants of group 2 were given exactly this object as a gift and were then asked to estimate its value.

As you can guess, the participants of group 2 estimated the value much higher. This is called the endowment effect.

The reason for this probably lies in our past

Prehistoric man was extremely dependent on having enough food every day to survive. Survival was really not guaranteed in those days.

So it was only important to successfully hunt at least something every day that served as food. This was much more important than making higher profits in the long run because these were simply not usable.

Even if a hunter had killed 5 animals in one day, he would probably not have been able to eat more than one of them. The rest is simply rotted.

We Even Love Being Lied To - The Anchoring Bias

We all like to hunt for bargains. Quite simply because we then feel clever to have used a good chance more or less sensibly.

The whole thing goes so far that we ourselves want to take advantage of discounts that are most likely not discounts at all. Because in the end, nobody can simply check whether a good is really worth the original price from which it is now reduced. Or even if they are far too expensive in the supposed "offer".

Especially in online shopping, many discounts are simply fictitious. The products always cost the price for which they are now offered even with a discount. The anchoring bias is used here.

This scientifically proven effect means that our willingness to pay depends on an anchor, i.e. a number that was previously mentioned in context.

For example, if we see an offer where a commodity originally costs $129.99 and now only $89.99, the original price is the anchor.

Our brain is at relentless pressure because it looks for - and finds - a comparative value.

In a study, strangers were asked if they were willing to donate $5.

On average, the respondents then answer that they would even be willing to donate $20.

But when the operators of the investigation asked other strangers if they were willing to donate $400, the average willingness to donate was suddenly $143.

In this way, those carrying out the project were able to increase the willingness to donate more than 7 times, only by anchoring with a larger number.

Our Pride Can Also Prevent Us From Rational Action

First Chicago Bank wanted to encourage its customers to use the new ATMs for withdrawing money instead of going to a branch to get it from a bank employee.

A very typical situation on the market. An innovation like the ATMs back then are introduced to save costs for the bank, for example.

At the same time, these innovations also bring benefits for customers - otherwise, they would not voluntarily use the new devices.

One could at least think so, but the customers of First Chicago Bank were probably not so convinced by the new ATMs.

The bank then charged a $3 fee when withdrawing money from a bank employee at the counter.

But instead of the customers just using the ATMs one by one, some of them boycotted the bank and even closed their accounts there.

They felt cheated and began to act quite obviously completely irrationally.

All they had to do was to try out the new vending machines and probably realized that these were also advantageous for them.

The Source for This Article

Many thanks for reading!

This article is based on the book "Misbehaving" by Richard H. Thaler and contains some of the points I personally found most interesting.

If you were interested in this article, you should read the whole book.

The original version of this article was published by me on another platform: https://medium.com/lean-learnings/the-homo-oeconomicus-is-fiction-f62c33d30aa3

19. Based in Germany. Interesting in Coding, Philosophy, Marketing, Finances, and Psychology.

See all posts by Louis Petrik →