The Evolution of Aliens

by The Geeky Chica 27 days ago in extraterrestrial 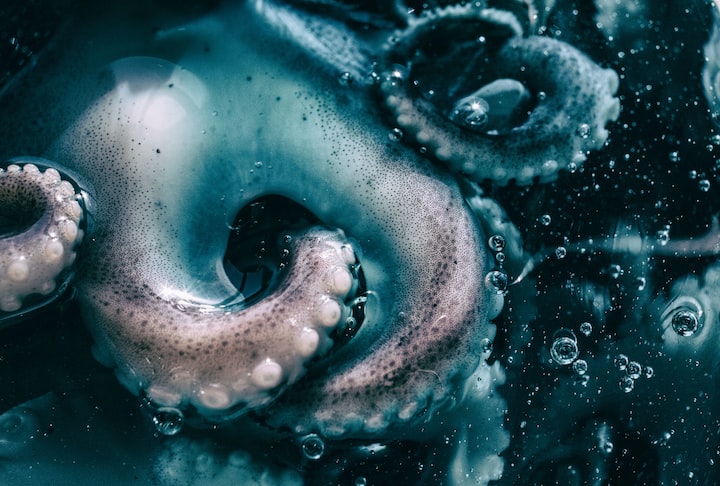 In Extraterrestrial Civilizations (1979), Isaac Asimov calculated that there are likely 390 million civilizations in the galaxy, the vast majority of which are far more advanced than we are. He’s not alone in his assumption that there are many intelligent alien species, capable of space flight and therefore a visit to Earth. As human creators and thinkers have attempted to wrap their brain around what these other civilizations’ members might look like.

It’s likely that aliens will look entirely, well, _alien_ to us. While we can assume that carbon-based_ life has developed on another planet, we have no reason to believe that it would have the body plans we tend to see on Earth. With the limited imaginations of our relatively puny minds, we resort to envisioning aliens as more fantastical versions of the creatures we know on Earth — including ourselves.

Over the years, both alleged sightings and fictional portrayals of aliens have revolved around several visual trends. As major sociopolitical events rocked the world and space travel became possible, our concept of aliens evolved in tune with the times — but often didn’t steer far from our self-image.

“Join us and live in peace, or pursue your present course and face obliteration.”

In early science fiction cinema and literature, most “aliens” were robotic entities. The word “robot” came into parlance with the 1920 play R.U.R by Karel Čapek. Although the robots in the play are not aliens, the idea of a robot takeover quickly blended with fears of external invasion that permeated the period between the World Wars. At this time, we were learning more about the universe beyond Earth, and creators had wild imaginings of alien robotic creatures who would conquer Earth.

In 1940, author Harry Bates published Farewell to the Master, which introduced the characters Klaatu and Gnut (later changed to Gort in the 1951 film adaptation, The Day the Earth Stood Still). The former, a godlike human, is revealed to be under the command of the latter, an enormous sentient robot. Gort set the stage for an impressive array of tyrannical robots, most famously the Daleks on Doctor Who.

“They won’t talk to me. Only the eyes are talking to me.”

— Barney Hill, circa 1962, recalling his abduction

The concept of the Grey Alien emerged in part from the account of Betty and Barney Hill, who witnessed a UFO near Lancaster, Pennsylvania in 1961. Under hypnosis, they told psychologists that a group of grey human-like figures with black hair, huge eyes, and thin blue mouths had abducted them and performed experiments on them. Throughout the 1960s and 70s, those who reported close encounters of the third kind often described gray-skinned creatures with blueish features and, often, enormous eyes.

Still, there has been enough variation that it’s hard to describe the Grey in a decisive manner. Various accounts have described them as small, large, thin, thick, in uniform, naked, and so on. The only consistency seemed to be grey skin, small mouths, and unusual — if not large — eyes. After American ufologist Budd Hopkins published Missing Time in 1981, further American reports tended to feature the Grey (curiously enough). The image of the Grey was cemented by the cover of author Whitley Strieber’s ostensibly nonfiction book, Communion.

As British ufologist Jenny Randles found in her ufology investigations, there is broad variation in accounts, yet a decidedly American tendency to describe encounters with Grey aliens. Elsewhere in the English-speaking world, alleged abductees reported robotic or humanoid aliens. The rash of Grey abduction claims throughout the Cold War era seemed to mirror Americans’ general paranoia about external, predatory forces that bore an alarmingly inhuman look. The Greys are humanoid, but different enough to reflect Cold War-era fears about subterfuge, invasion, and captivity.

“Someone in this camp ain't what he appears to be.”

Abduction lore combined with Cold War paranoia played into a new concept of aliens as shapeshifters that could take human form. Films such as Invasion of the Body Snatchers (based on the 1956 novel of the same name) and The Thing (1951, 1982) imagined an alien creature that could assume human form, effectively infiltrating society.

While cinemagoers recoiled in terror at these films, there are an alarming 12 million Americans who believe that shapeshifters rule the United States — and indeed all of the world powers. They believe that a race of “Reptilians” (aka Archons) can take human form and are working to destroy society from within. Infamous conspiracy theorist David Icke has promulgated the idea that aliens have distorted and controlled the trajectory of human society for millennia. Appropriately enough, shapeshifters have straddled pop culture and political conspiracy to keep Americans nervous that the person next to them is not human.

Of all reported alien sightings in North America and Western Europe, almost none of them have involved insect- or spider-like creatures. Yet from the Xenomorph in Alien to the enormous bugs in Starship Troopers to the Lovecraftian behemoth in Cloverfield to the hive-like Harvesters in Independence Day, creepy crawly aliens have taken over the popular imagination. Why?

The Western world has a general aversion to crawly things, with many people suffering arachnophobia (fear of arachnids) and entomophobia (fear of insects). These creatures seem so, well, alien to us. They trigger our sense of disgust, which we often confuse with fear. Naturally, that makes insects and spiders great source material for fictional aliens.

Humans are also spooked by how bugs operate. Being part of a mindless hive and eating your mate are generally not considered acceptable human behaviors. There are ants that literally use chemical warfare to turn other ants into slaves. Think back to the Cold War-era fears of losing your individualistic identity or having your neighbor be taken over by an intruder, and a fear of insects makes sense. So to make aliens terrifying, we simply need to make them into bugs. Add in parasitic behavior and a dollop of sexual deviance, and you’ve got a monster.

Although the Harvesters in Independence Day may have exhibited insect-like behaviors, they’re definitely more like cephalopods (squids and octopi) than bugs. Both Galaxy Quest and Arrival featured cephalopod-like aliens: the adorably naive Thermians in the former and the mysterious Heptapods in Arrival. The Ood of Doctor Who and Zoidberg of Futurama are slightly more humanoids variations on this concept. In all these films and TV shows, the aliens are portrayed as intelligent, organized creatures (for better or worse).

On Earth, octopi are famous for being among the smartest, most mischievous invertebrates in the world. And scientists have marveled at their extraordinary capacity for memory, trickery, and communication. In fact, recent research shows that cephalopods don’t evolve like other animals. All this has led to theories that octopi and other cephalopods actually hail from other space. While most biologists disagree, there’s definitely something alien about cephalopods, which makes them a prime source of inspiration for alien design.

The flip side of the Octopi from Outer Space theory is that cephalopod aliens, and other tentacled smart creatures, hail from Earth. In Arrival, there are heavy hints that the “aliens” are actually time-traveling Earthlings, having evolved from octopi. But the most famous example of an alien cephalopod is certainly Chthulu, the deity created by H.P. Lovecraft. While not fully occupying our planet — or dimension — Chthulu and other primordial entities are portrayed to hold sway over Earthlings and have ancient roots on our planet. Lovecraftian mythology, which inspired the the Buffyverse, Whoverse, and many other fictional universes, conceives of aliens and “Old Ones” as similar entities, crossing dimensions and time rather than simply hailing from other planets. It makes sense that many characters in these universes would resemble Earth’s creatures, whether a cephapolod, shark, bat, or other frightening animals. This also explains why some “alien” films, such as Cloverfield and Underwater, feature such Lovecraftian imagery.

“You could have, like, a world with no shrimp. Or with, you know, nothing but shrimp.

Conclusion: Aliens Among Us

We are almost certainly not alone in the universe. Add in the idea of a multiverse or parallel dimensions, and we might be living alongside giant shrimp people and not even know it. What’s certainly true is that our concepts of aliens reflect our collective fears and rampant imaginations. And when we do encounter aliens, we’ll likely find them very different from what we expect.