Storytelling Advice for the End of the World

by Kelly Tatham 4 days ago in humanity 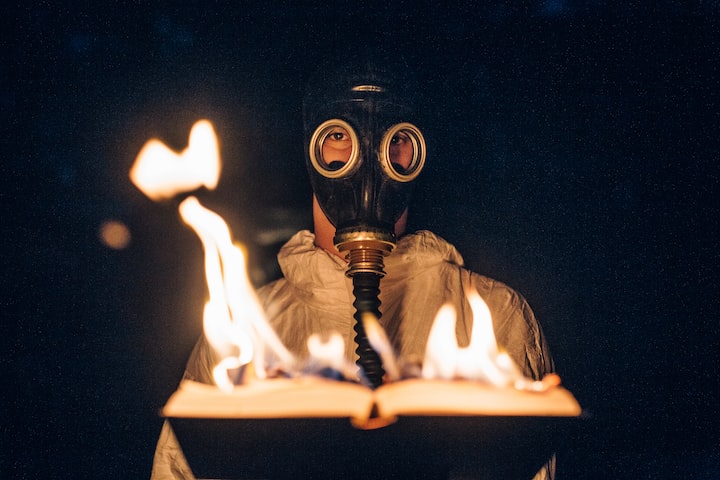 The world we live in is built out of story. When we moved on from the trees and the mountains and the fields and into homes and cities, we built them out of story. Tales of who we are, how we live and love and breed. We left nature behind and wove a new narrative.

Everything is story. Blue is for boys and pink is for girls. Love belongs to two people under God. Work is done Monday to Friday. School is where you learn how to operate in the world and if that system doesn’t work for you, there is something wrong with your brain.

We made it all up.

It’s happening everywhere. The staunch, binary pillars of gender expression are crumbling. Our concept of how and when and where we work shifts faster every day. New currency and new words crop up, laying pipe for new paradigms. Everything is changing rapidly, and yet it’s not enough. The world still burns.

What does that mean for storytellers?

Just as the ocean is full of plastic and the air tainted with exhaust, our world is overwhelmed with story pollution. Magazine aisles and movie theaters and the internet are packed to the brim with superfluous garbage.

Reality television facilitated the rise to power of the current president of the United States. His reign would not have been possible without that widely broadcast story. Storytelling and the world have always been in symbiosis, mutually beneficial or mutually destructive. But that is coming to an end.

We are in the final act of the Storytelling Age. It’s been a good run — since we first started drawing on cave walls and shaping the world with our minds — but the end of storytelling is inevitable.

I know it’s hard to fathom. What would a world without story even look like? Well, story requires one thing to exist: conflict. No conflict, no drama. No drama, no story.

There is no separation between us and the earth and the narratives and myths that define us. We are an undivided ecosystem. If we want to sustain human life, we must leave conflict behind. Utopia awaits on the other side of story.

But we are not done just yet. To expel conflict in the external world, we must first expel it internally.

We must rage, rage against the current culture by telling stories that matter.

There are many things we need to do to save the planet, and the underlying reality to all of them is this: We must be precise and purposeful about what we produce and consume. One should only tell a story out of necessity, when some truth inside them is begging to be set free. Otherwise it is fast fashion, consumerist emptiness. Ban single-use plastics? Ban single-use stories! Stories that do not have personal meaning do not reflect reality. Stories that do not reflect reality warp the world, creating confusion, distraction, and destruction.

We must rage, rage against the current culture by telling stories that matter. Responsible stories. Stories that leave behind the concepts of good versus evil and us versus other. Stories that dig into personal pain and come back with answers. Stories that reveal meaning behind violence, that break the cycle of trauma and abuse.

Storytellers, I beg of you, write from a place of vulnerability so deep it hurts. Write until you’re terrified of the level of personal truth revealed on the page. The deeper you dig the better your work will be, I promise. Cover the vulnerability with creativity. Allow the fear of being seen to force you to innovate. This is the balm for the burning world.

This is the way the world ends: not with a bang, but when all the stories are told.

Storyteller. Philosopher. Futurist. Fugitive. Saving the world is easier than we think. There is no world.

See all posts by Kelly Tatham →