by DS Peters 5 months ago in future

Reap what you sow.

The defense attorney paused in his speech, bowed his head, and for a few moments, simply pursed his lips and studied the fists he clenched in front of his chest. Then he lifted his head, simultaneously opened his fists with his palms up, turned and addressed the judge directly.

“And because Prof. Luiz did not engage in these activities out of malice or disregard towards intellectual property, but rather acted out of compassion towards the plight of her students, most of whom come from broken families or are part of the class of the perpetually unemployed... Compassion, Your Honor, compassion was the motivation for Prof. Viola Luiz when she provided free copies of books to her students. Her compassion and the fact that she did not profit from her actions should be considered in this case. And as such, we ask for no jail time, and for this educator to be sent back to her life with nothing more than a minimal fine. Thank you.” 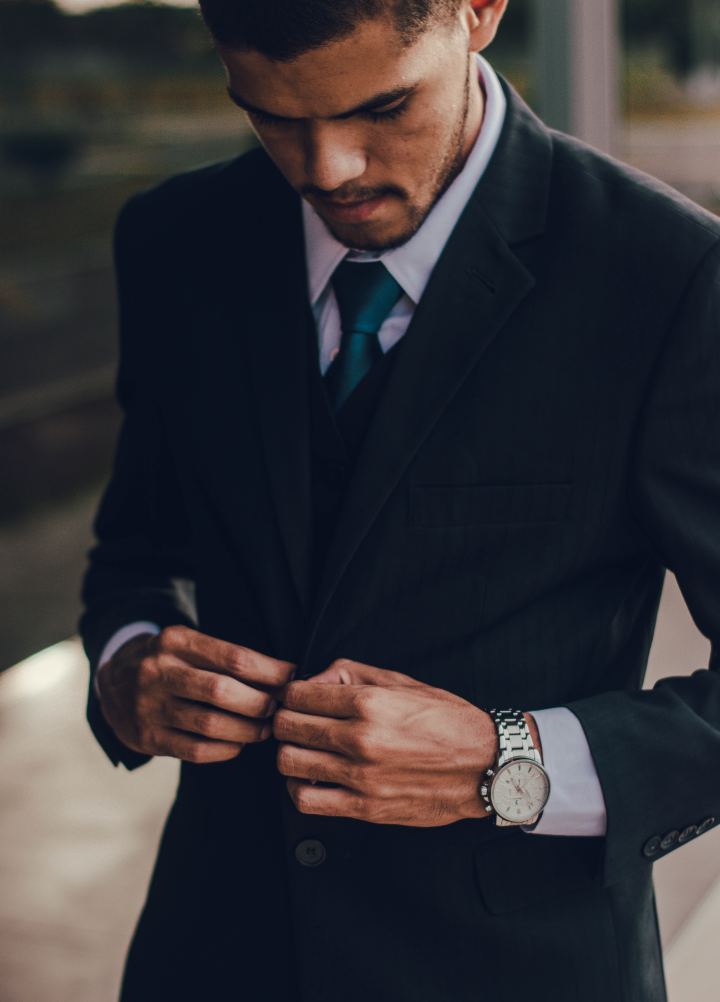 Photo by Hian Oliveira on Unsplash

The defense attorney sat down next to a woman in her late 50s with gray streaks running through her dark hair, which was pushed back from her unwrinkled face but otherwise hung loosely down to the middle of her back. She wore dark slacks, a black turtleneck, and a dull gray sweater. The woman patted her attorney’s hand, but otherwise remained impassive.

The prosecutor stood, smoothed down his suit coat and buttoned the top button, and then approached the bench while smiling and shaking his head. He winked nearly imperceptibly at the judge, turned his head slightly to peek at the defense table, and then looked back at the judge with a look of amusement stretching his lips and twinkling from his eyes.

“Your Honor… Perhaps we’ve made a mistake. Perhaps instead of prosecuting Ms. Luiz for multiple counts of copyright infringement committed brazenly over the past 30 years, perhaps we should be getting down on our knees and thanking her and asking her forgiveness.” The prosecutor now faced the defense table with his arms fully outspread.

“Perhaps this woman, this stoic woman is a saint, and the companies she defrauded on multiple accounts are the ones who should be on trial.” He slowly walked towards the defense and gestured toward Viola Luiz, who seemed to placidly look through him.

“Of course, this fantasy world, constructed by Ms. Luiz and her attorney, was already rejected by a jury of her peers when they found Ms. Luiz guilty of all charges. The fact that a number of her former students spoke in defense of her actions and her character does not add weight to her claims of righteousness, but rather points to a more sinister problem that we were not allowed to address during the trial. Are we to believe that this woman who so flagrantly and repeatedly ignored intellectual property rights also just happened to be a political science teacher who specialized in civil disobedience?” 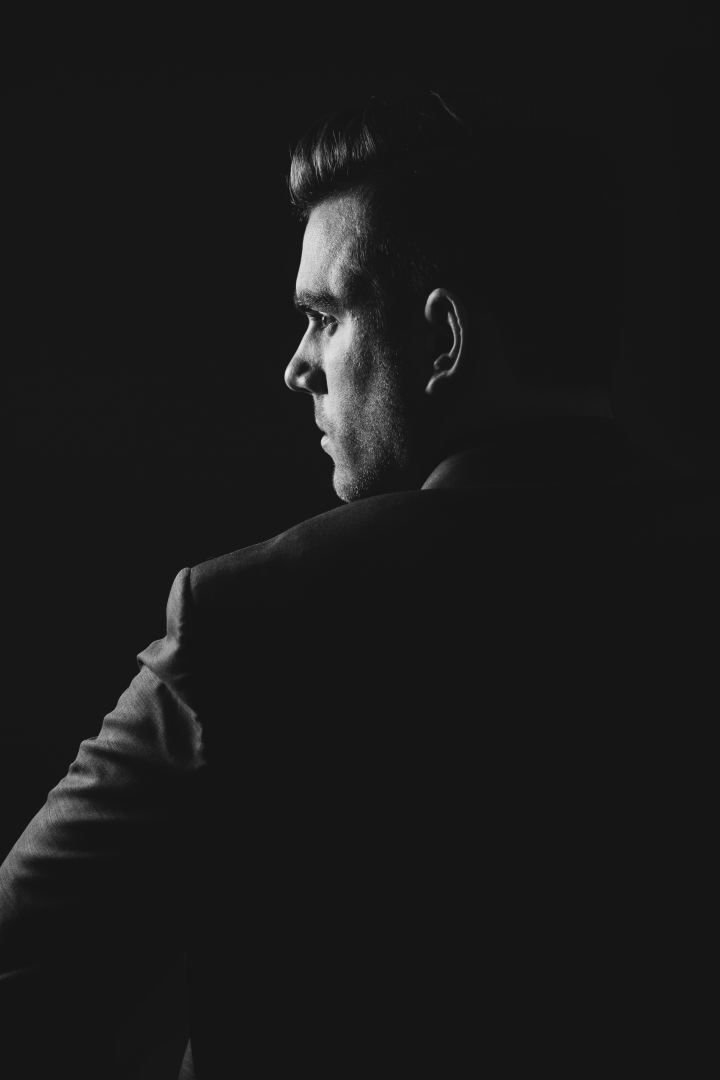 “Objection, Your Honor. My client has already been found guilty, and as Mr. Strawman himself pointed out, none of this was allowed during the trial.” The defense attorney’s voice was filled with dejection and defeat.

“This is the sentencing, Mr. Croft, not the trial. So I’m going to allow this…”

“Of course you are…”

“Mr. Croft! You have been warned… Continue Mr. Strawman.”

“Thank you, Your Honor… What sort of sinister thoughts did Ms. Luiz plant into the impressionable minds of her students during her 30 plus years at this technical college in the inner city? And why did she stay there for so many years when all of her colleagues worked diligently to find positions at more prestigious schools? And what place does a course on civil disobedience have at a school of this nature? A school whose mission is to provide some basic academic education only as a supplement to two-year degrees such as welding, waste management, hospitality, and transportation operation? What use is a class on Gandhi or Malcolm X to a future bus driver? How can a class on the civil rights movement be applicable to a future employee of the electric company? To a cable repairman? To our security guards?” The prosecutor took a deep breath and shook his head while rubbing the bridge of his nose with the index finger and thumb of his right hand.

“Everyone deserves an education, and yes, these issues are important to everyone,” he smiled weakly as he paced back and forth between the judge and the defense table. “But frankly, I question Ms. Luiz’s motivations, and I feel that we are all fortunate that this is only a case of copyright infringement.” He turned his back to the defense table.

“As such, the prosecution asks for the maximum sentence: five years and $250,000… per book, including new editions of textbooks, which were periodically updated... to be served consecutively.”

What?!” The defense attorney interjected, while his assistant quickly performed some calculations.

“Your Honor, this is absurd.” 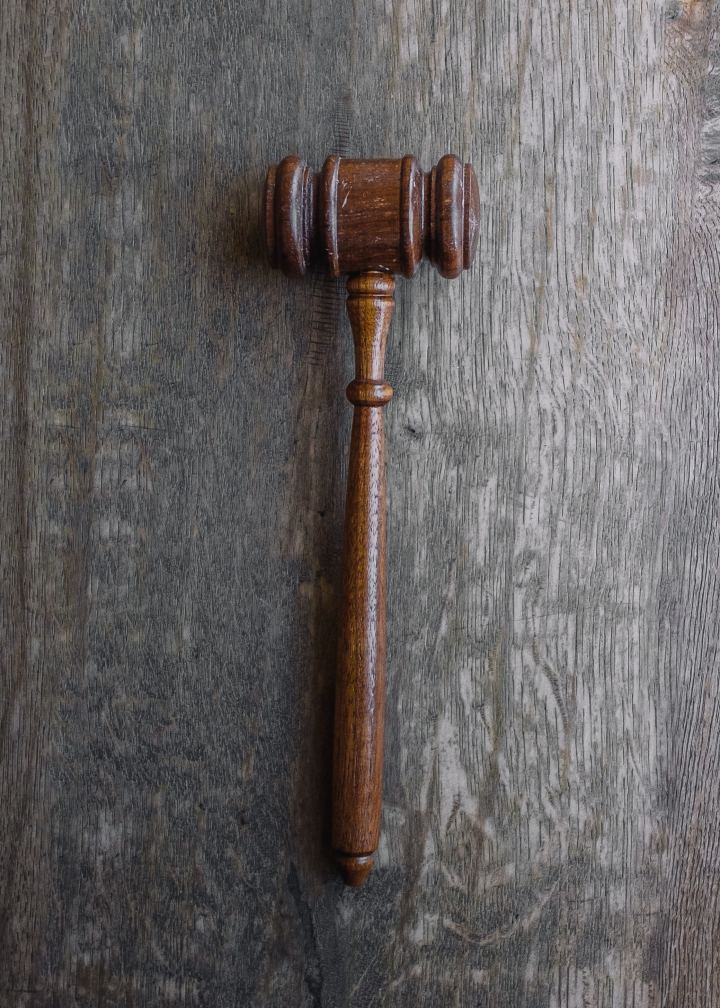 The assistant handed Mr. Croft her notepad while Viola Luiz allowed a small smile to momentarily play across her mouth. The television cameras continued to roll as the on-air personalities manically jabbed at their phones to send their text messages as quickly as possible. The spectators sitting behind Viola Luiz quietly send texts of their own, while those sitting behind the prosecution busied themselves by shaking hands, nodding and murmuring their approval.

“Thank you for those calculations, Mr. Croft. Now sit down, or I will have you removed. Continue, Mr. Strawman.”

“That is all, Your Honor.” He smiled as he nodded first to the people sitting behind him and then to the judge. “Thank you.”

"Very well… I have put many hours of deliberation into this case. And after listening to both sides, it occurs to me that motivations should be reflected in the sentencing. Ms. Luiz has been found guilty of multiple counts of copyright infringement. It is obvious she did this knowingly, willfully, and belligerently. Questions of her motivations have been raised, and although Ms. Luiz has been provided ample opportunity to defend herself or clarify any of these questions, she has taken the fifth Amendment and has chosen not to utter even a single word during her trial. In fact, she does not appear ready to speak even now.” The judge looked down at Viola Luiz, who simply stared back, and then he shook his head and shuffled some papers.

“I also feel that intellectual property is indeed property. Property was stolen, a great deal of property. The fact that an educator committed these crimes and claims to have done so in order to assist her financially burdened students is not, in fact, commendable. One of the primary duties of an educator is to enable the populace to function in and be contributing members of this great democracy. Ms. Luiz has worked to undermine the principles of freedom, democracy, and commerce.” He paused again, shuffled more papers, and then looked up with beads of sweat trickling down his ruddy face.

“Ms. Luiz, you are hereby given the maximum sentence of 60 five-year terms, to be served consecutively.” 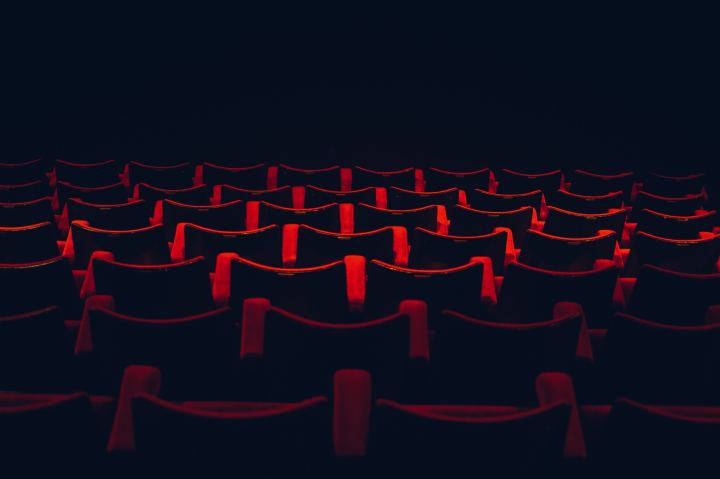 Photo by Lloyd Dirks on Unsplash

The lights went out, and for a few minutes, the courtroom was in complete darkness. The emergency lights illuminated exits, and two guards appeared with flashlights at the defense table. Viola Luiz slowly stood amidst the loud exclamations from the crowd behind the prosecutor’s table and calls for calm from the judge. She walked towards the prosecutor, who was sitting and using his cellphone as a flashlight. The two guards marched slowly behind her, shining their lights and holding their guns. They suddenly turned their backs to Viola Luiz and observed the other people in the courtroom. Two dozen men and women, all former students of Viola Luiz, all armed, were organizing the other people in the room.

“Mr. Strawman,” Viola Luiz spoke with a clear and powerful voice. “You were right about so many things… Now, let’s get the lights back on, and keep those cameras rolling.”

Writer of all types of fiction, poetry, and odd bits of non-fiction. Traveler, scuba diver, teacher, and observer of human behavior in Saudi Arabia. Buy "Rejuvenation", my new dystopian novel, at: https://tinyurl.com/yyevad5n

See all posts by DS Peters →