by Anya Wassenberg 3 years ago in astronomy / space

The space agency has released images from its recent close flyby of the giant planet on July 10, 2017

NASA's Juno mission has begun to release the very latest images from its JunoCam, taken July 10, 2017 during its close flyby near Jupiter's famous Great Red Spot. It was Juno's sixth flyby near the gas giant in our Solar System.

The American space agency has been posting raw images from the recent encounter, and inviting citizen scientists to enhance the images in order to reveal greater detail. The results are nothing short of spectacular. The raw images, and the citizen scientist enhanced versions, are on view here. 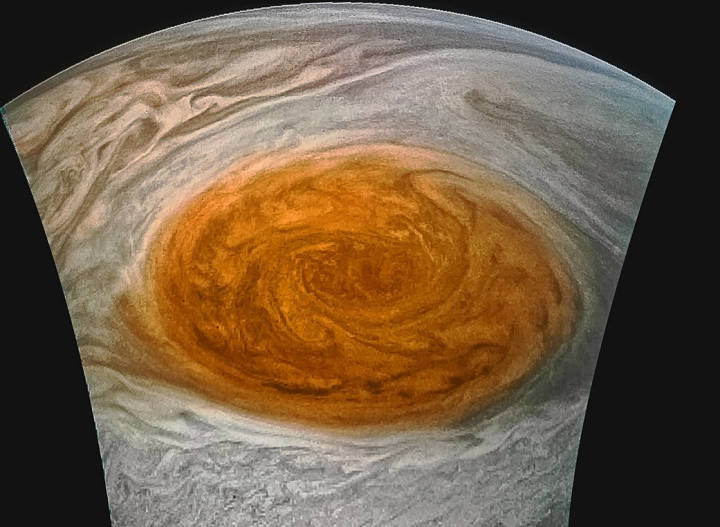 The image is approximately illumination adjusted and strongly enhanced to draw viewers’ eyes to the iconic storm and the turbulence around it.

Jupiter's Great Red Spot was measured at 10,159 miles or 16,350 kilometers wide by Juno in April 2017, making it about 1.3 times as wide as the Earth itself. In comparison, the largest hurricanes recorded on Earth covered a range of a mere 1,000 miles acros.

It's a giant storm, to put it simply, and it has been under continuous observation since 1830. That's a storm that's been raging for 187 years, at least. There have been earlier observations by astronomers going back as early as 1665, as documented by Giovanni Cassini, who described it as a "permanent spot." We can't be certain that it was the same storm, but, if so, that stretches its origins back more than 350 years.

The Giant Red Spot is a storm that formed between two of Jupiter's jet streams, creating an anticyclonic motion—i.e. it swirls around opposite to the direction of hurricanes on Earth—around a center where the atmospheric pressure is high.

Storms are not uncommon on gas giants like Jupiter, where the clouds that form the outer atmosphere are composed of ammonia, ammonium hydrosulfide, and water. The clouds sweep around the planet's core at speeds of hundreds of miles per hour, often coming up against moisture convection that results in turbulence. Scientists believe that varying densities of the cloud materials produce the banded view we see of the planet.

It's not clear exactly what makes the Great Red Spot red. Some scientists believe it is a reaction between the chemical composition of the gassy clouds and the sun's UV radiation. Others believe that the turbulence is churning other materials up from deeper inside the cloud cover.

Storms on Jupiter last much longer than they do here on Earth, but it looks like the great red storm may be dissipating, slowly but surely. The Great Red Spot has diminished in its width longitudinally over the last 100 years or so, and seems to be changing from an elongated oval into more of a circular structure. 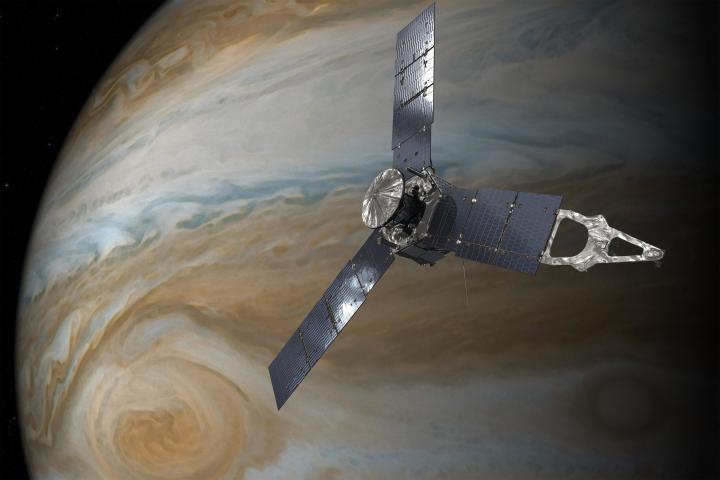 In addition to the Great Red Spot, the Juno mission will let scientists learn much more about the incredibly complex structure of Jupiter. There are huge cyclones at the South and North Poles, along with features like the curious "string of pearls" along one of the banded zones near the equator.

Images are just the beginning of the data that is and has been gathered by not only the JunoCam, but Juno's eight scientific instruments. NASA scientists now begin the work of analyzing all that data, with the hopes of gaining a better understanding of Earth's weather systems, along with continuing to probe the mysterious, complex world that is Jupiter for clues into the nature of planetary development and the origins of the Solar System itself.

I'm a long time freelance writer of both fiction and non-fiction.

See all posts by Anya Wassenberg →