SR
by sharan r 3 years ago in science / tech

Technology that will shape the future.

"Why can't we write all the 24 volumes of the Encyclopedia Britannica on the head of a pin?" This question raised by the great scientist Richard Feynman became the cradle for a revolutionary idea — the technology of the future — nanotechnology. It is the study and control of matter at the nano scale, rearranging atoms and molecules. Nanotechnology has made marvelous contributions in many diverse fields, ranging from computer science to medical science. Nanotechnology is a wonderful new technology in which scientists rearrange atoms and molecules of matter to nano specifications. Or, to put it differently, the use and control of tiny matter is called nanotechnology. The time matter is referred to as nano particles. These particles are measured in nano meters. Matter at the nano scale has different properties from the same matter in bulk form. In modern times, nanotechnology has become increasingly important. It has many uses from developing sports equipment to medical applications and is a faster, cheaper, and a better technology for use in many applications.

They are particles so small that their width measures about 1/80,000 of the diameter of a single strand of hair. They are so light and strong that NASA once said they theoretically could be used to build an elevator to the Moon. Nano crystals are roughly spherical, and the size and shapes of these crystalline particles can be controlled. The number of electrons they have can range from one to several thousand. Their size distinguishes them from larger crystals, and billions of nano crystals can be accommodated on a pinhead. Nano crystals may be used to make super strong and long lasting metal parts. The crystals also may be added to plastics and other metals to make new types of composite structures from everything from cars to electronic devices.

Bar codes have revolutionized how everyone from warehouse managers to pharmacists keep track of items. Nanobarcodes work much like conventional bar codes, except that they are microscopic rods, striped with bands of gold, silver, and other metals. Varying with width, number and order of the stripes could generate thousands, if not hundreds of thousands, of unique identifiers. Ordinary bar codes only let ordinary researchers to analyze a few different types of molecules at a time. With nanobarcodes, though, thousands of different tags could be added to a sample at once. Scientists at Cornell University have produced microscopic probes or nanobarcodes that could tag multiple pathogens in farm which can easily be detected, using any fluorescent based equipment. In the future, nanobarcodes will help researchers identify patterns of perhaps hundreds of molecules that form molecular signatures for different diseases, and for different stages of illness and recovery. 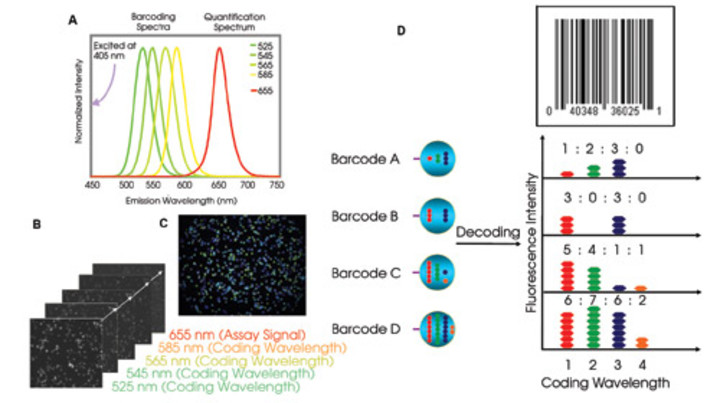 Importance of Nanotechnology in Agriculture

Nanotechnology can help reduce agricultural waste and bring down pollution levels. For example, when cotton is processed, some of the fibers are discarded as waste, or used for low-value products such as cotton balls, yarns, and cotton bathing. This waste can be transformed by nanotechnology into nano fibers that can be used as a fertilizer or a pesticide absorbent. Scientists are now working on nano engineered enzymes that will allow simple and cost effective conversion of cellulose from waste plant parts into ethanol. Another example is rice husk that can become a source of renewable energy with nanotechnology. When rice husk is burned with thermal energy of bio fuel, a large amount of high-quality nano silica is produced, which can be further utilized to make other materials such as glass and concrete. The use of nano materials in agriculture can reduce cost and effort, increase efficiency, and lead to a better environment. Nano materials are becoming an increasingly important issue in agriculture, particularly as additives or agents in fertilizers, or plant protection products. In case of pests or drought, nano technology makes it possible for an automatic adjustment of pesticide or irrigation levels, to counter these challenges. Nano sensors dispersed in the field can also detect the presence of plant viruses and the level of soil nutrients. Slow release fertilizers in nano capsules can reduce both fertilizer consumption and environmental pollution. 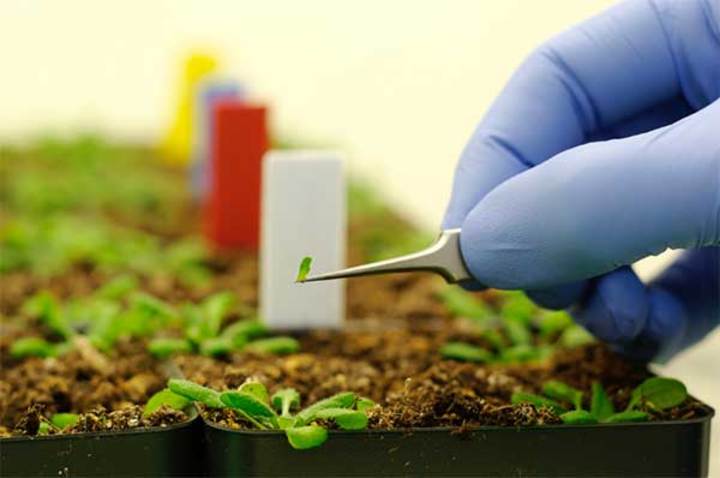 I am a sharan and i am doing my college. I have a great interest in science . I look forward to distribute my thoughts and views of different topics to the public.

See all posts by sharan r →