London’s Skyline is Changing the Weather

by Joel Oughton 4 months ago in science

London has a skyline, but at what cost? 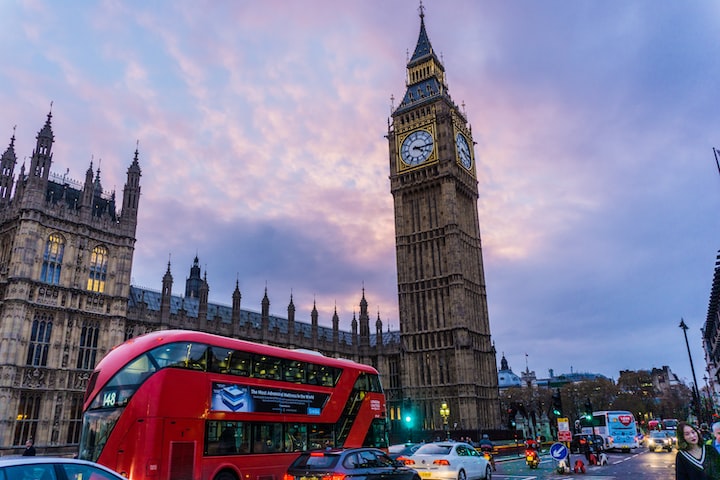 Photo by Lucas Davies on Unsplash

DISCLAIMER: This article was originally published on Medium.com

This was the case until the turn of the century when London entered a rapid skyscraper boom. Authorities wanted to create more space for the city’s large financial sector in the key centres of the city.

And because the city is running out of space, the authorities wanted to build skyscrapers to ensure less land is developed on.

This skyscraper boom is still continuing to this day and it has both permanently transformed the London Skyline and the climate in certain parts of the city.

London now features 37 skyscrapers either fully completed or currently under construction, compared to just 2 at the turn of the Millenium.

Nicknamed the Square Mile, The City of London has been the financial heart of Britain for centuries and as such, it is packed full of key historic sites.

It is home to St Pauls Cathedral, The Royal Exchange, The Tower of London and the Old Bailey.

Due to the historic significance and heritage of these sites, authorities have implemented strict planning regulations in the area to ensure both key sightlines to historic sites are protected and to ensure that any ongoing construction work does not cause any damage to the heritage sites.

Nowhere is this more obvious than with the stringent rules governing sightlines to St Paul's Cathedral.

These rules are so significant that they have dictated the shape of many nearby skyscrapers:

- 52–54 Lime Street: This building is shaped like a scalpel so that the view of St Pauls is not obstructed.

These regulations, however, did not address the issue of density and very soon the area became known as one of the windiest places in London.

Despite the regulations, numerous tall buildings were allowed to be built next to each other in very close proximity.

Very soon, a dangerous microclimate began to develop within the area. Because the air was being pushed down into these canyons between the skyscraper, the force of the air became strong enough to knock over cyclists and pedestrians.

This issue is not only attributed to London, however. New York City has had to address this issue in the past but because the majority of its roads are built in a grid layout and the roads themselves are very wide (meaning there are less ‘canyons’ between the skyscrapers), the issues have been nowhere near as severe as the case in London.

The roads in and around the City of London and its layout can be dated back to the Roman Times and as such, they are narrow and irregular, a far cry from the systematic and efficient layout of the American grid system.

This further aggravated the issue and as such the City of London shortly introduced the UK’s first wind guidelines.

These guidelines stated that developers must provide wind tunnel simulations to simulate and predict how the development of the new skyscraper will affect pedestrians and cyclists below.

If it is found that the development of that building will negatively affect the cyclists and pedestrians at ground level, the developer will be required to either cancel their plans or make adjustments to their building plans.

These rules are essential to ensure that, once the pandemic ends, the pedestrian population (a daytime population of around 500,000) walking through these streets are able to do so without the wind affecting them too severely.

See all posts by Joel Oughton →