by Kaitlyn Maura 6 months ago in astronomy

On July 31, the same day that Mercury in Cancer stations direct, there will be a New Moon at 8'36 degrees Leo, increasing our confidence and creative abilities. This New Moon will be exact at 11:11 PM EST, making it an especially magical time.

On July 31, the same day that Mercury in Cancer stations direct, there will be a New Moon at 8'36 degrees Leo, increasing our confidence and creative abilities. This New Moon will be exact at 11:11 PM EST, making it an especially magical time.

What Is a New Moon?

A new moon represents the beginning of the lunar cycle when the moon is conjunct the sun and invisible to the human eye. New moons are a good time for fresh starts and new beginnings. It is a good time to start a new project or make a radical change. It's also a good time to find clarity on what you want and release what no longer serves you. The effects of a new moon generally last for about two weeks, up until the next full moon.

With the New Moon in Leo, we can expect new beginnings related to our identities and the way we express ourselves. It is an especially good time to start a new creative project or work of art, whether that be a painting, song, story, or something different entirely.

It may help to think back to whatever was going on around the time of the Full Moon Eclipse in Capricorn or during the Lunar Eclipse in Leo six months ago, for certain themes may be repeating themselves.

Whatever intentions you set now should come to fruition by August 15's Full Moon in Aquarius. 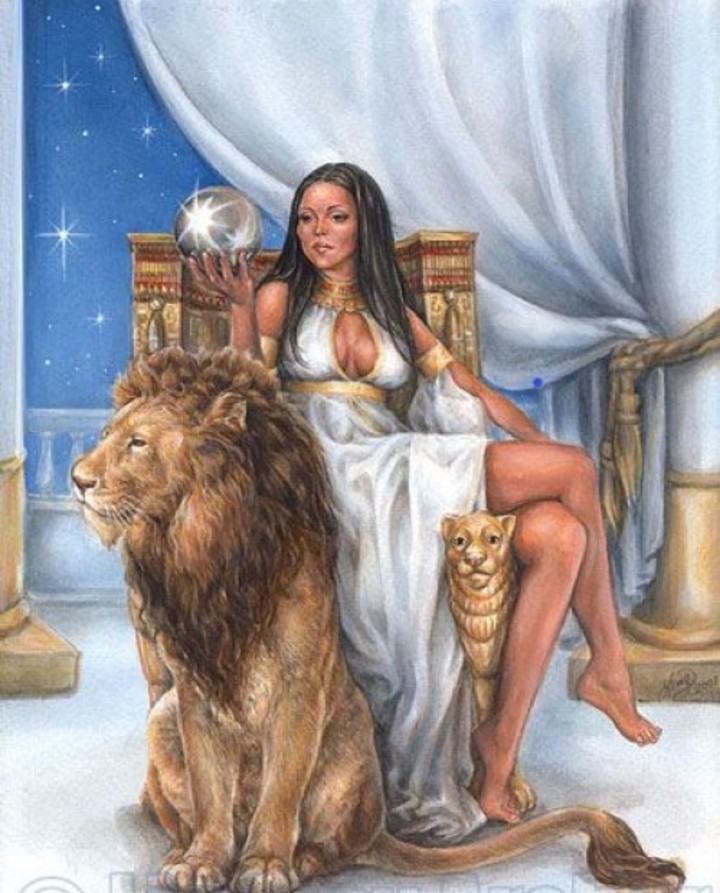 Leo is the sign of the lion, a symbol of royalty, celebrity and nobility. A fixed, fire sign, Leo is ruled by the Sun, the center and "ruler" of our Solar System. It makes sense then, that some individuals born under the sign of Leo would be prone to drama and conceit, believing themselves to be the center of the universe. At its best, however, Leo is courageous and strong. Ruled by the heart, Leos are very passionate about what they believe in. Confident, but not conceited, Leo can act as an inspiration for those less confident than they are.

If lately, we've been struggling to have faith in ourselves, the New Moon in Leo should give our self-esteems a much-needed boost. If you've been struggling with depression, this New Moon could help you build your confidence up and get back out there! It's as if the Sun has come out again, after a very long storm, and we're seeing the world with brighter clarity.

The sign of Leo is also associated with creativity and entertainment. So, we might feel inspired to create a new work of art, or else, we're simply driven to do whatever makes our heart sing!

In case you don't know, Mercury has been retrograde for the last few weeks, causing our technology to break down, our travel plans to go awry, and our exes to come crawling back to us. It's worth noting that Mercury will station direct less than an hour after the New Moon in Leo becomes exact. Therefore, if there's anything we've been avoiding while Mercury was in retrograde, now is the time to stop. If there's anything we've been holding ourselves back from saying, now is the time to work up the courage to say it. Our confidence in ourselves is stronger, and we're no longer afraid to say the things we were before. It's a good time for setting boundaries and for expressing our feelings, speaking from the heart.

Do you wanna know what's even more interesting? Mercury will return to the degree it stationed at on August 15, the day of the Aquarius Full Moon, when the intentions we set now should come into fruition. This is the end of Mercury's shadow period, when the lessons we learned during retrograde season are fully wrapped up and over with.

The New Moon in Leo is also accompanied by a number of aspects.

For starters, the Sun and the Moon will be conjunct Venus at 4'59 degrees Leo. This strengthens some of the more positive qualities of the sign, such as its passion and creativity. Venus is the planet of love but also the planet of beauty, making it a very good time for artistic endeavors, such as painting and sculpture. Remember that fashion (and make-up) is also a form of art; so you might also feel inspired to re-do your wardrobe or give yourself a makeover. You want to look your absolute best, to reflect the confidence you feel inside. Matters of love and romance are also highlighted. Expect grand gestures of love, over-the-top dates, and maybe even a proposal. If you've yet to confess your love for someone, now is a good time to do so. I think it's also worth noting that Venus will be at the same degree that Mercury stationed retrograde, making it a good time to seek closure from an ex-partner. Overall, the New Moon's conjunction to Venus is telling you to listen to your heart and follow your bliss, whatever that might mean to you.

However, the New Moon (and Venus) will also be squaring Uranus at 6 degrees Taurus, which could cause a little bit of a shake-up. Your feelings may be unpredictable at this time, like you're on an emotional rollercoaster: one minute you're euphoric, the next you're in tears. If you've been feeling blocked or inhibited from expressing yourself, this aspect can cause you to go extremes with expressing your individuality. If you suffer from the malady of worrying too much about what other people think, this aspect should help you. If you're someone who's already seen as a rebel or nonconformist, this aspect could cause you to be alienated even further, but if alienation is the consequence of living from your heart and expressing your truth, then maybe it's worth it. Because in the end, there's nothing more alienating than forcing yourself to fix into a box you're not meant to. If you're honest and open about who you are and how you feel, it's easier to find others who are just like you, others who feel the same way. It may even help others. It could help others feel confident about themselves and embrace their true nature, as they now know that they're not alone. What may seem alienating in the short-term is unifying in the long-term. Venus square Uranus, on the other hand, could help us move on from relationships that are stale and/or stifling. Only the realest and most genuine of connections will do.

Overall, this New Moon is about embracing who you are in full authenticity. It's about gaining the confidence to follow your heart and live your truth. Even if it feels isolating at times, when you're genuinely confident in yourself, expressing that, whether it's through creative works or just by being, inspires other people to be confident in their selves as well.