CH
by Chelsea Henderson about a month ago in humanity 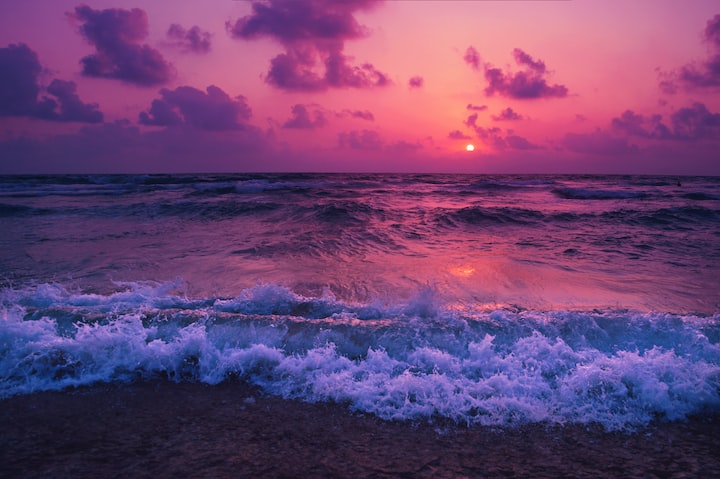 Photo by Yousef Espanioly on Unsplash

Everything flowed; through her human eyes, from her soul to the cosmos. She was different; not unique, not refreshing, not weird, nor an outcast, or sociopath- but wordlessly different. She was not from this world and she knew it. Energetically sensitive as she was, she realized she was (what is known now as) an Empath at 5 years of age. She unknowingly embodied tremendous power. She could both receive what others put out energetically, and transmit to others energetic codes that would make them integrate higher vibrational frequencies and emote the feelings that corresponded. It was just a little energetic and emotional manipulation, but she had no idea that was the case at the time. She was just a child and knew that if someone’s energy field made her feel bad, she could make them feel better. Even if only because she wanted to feel better herself.

There were certain behaviors and ways about her that made sense to no one but her. For example, there was a shed behind her childhood home that looked like it had been burned in a fire. It didn’t belong to her family and no one used it- it was just there as an eye sore right on the other side of their property line. There was a barn owl that would sit propped on a post in front of the shed during the night. No matter how many times she got in trouble, the stubborn girl relentlessly gravitated toward that owl. She’d be caught by the abandoned shed just gazing up at it. Later in life she claimed that the owl brought to her messages of wisdom, and the ability to see through the darkness of this world so that she didn’t fear it. At age five, when asked what she wanted to be when she grew up; the peculiar child responded “A Healer”. Since childhood she was highly intuitive, but lived her young life as a mute. She wouldn’t speak a word but to her mother and father, as her four siblings, extended family, and school teachers couldn’t pay her five-figures to speak an alphabet letter. Always picking up on the energy and emotions of others was simply a lot of stimuli, and overwhelming at times. Grocery stores were unbearable and shopping malls were her demise. Imagine going into a public place and feeling the energy and emotions of every passerby. That is on top of the noise of others, piled onto your own thoughts and feelings (should you be able to distinguish what’s what).

As she grew into her teenage years she realized this was not a curse, but a gift. She then learned to use these gifts to motivate, empower, emotionally heal, and intuitively offer words and advice that would provide solutions to others’ problems in life. After much research on everything from science and spirituality to behaviors and qualities of “The Greats” in history, she discovered a multitude of healing modalities. It wasn't until she first channeled her higher consciousness, ascended masters, archangels and beings from the higher realms, that HER unique gifts and purpose were shown to her. As a highly attuned Empath, an intuitive healer, a channeler, and spiritual guide- she heals with her voice and energy. Her channeled teachings contain energetic codes that heal and activate the listeners to shift further into 5D consciousness from a lower vibrational 3D reality. Now Chelsea uses her gifts to awaken and activate those of us sent here to raise the vibration of the planet. All is done through heart based teachings of love and oneness. Everything has a meaning, a purpose, and a place when you give yourself permission to be authentically you. Synchronicity is no coincidence.