Its the End of the World as we know it

The Grapes of Wrath are Coming. I'm prepared - are you? 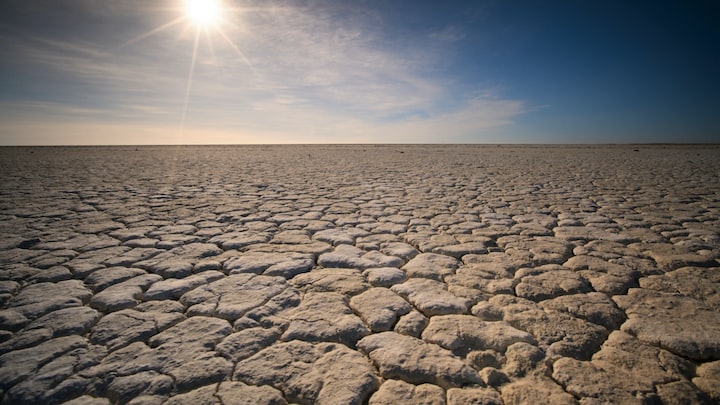 Photo by Oleksandr Sushko on Unsplash

Its the end of the world as we know it, or at the very least history is repeating itself. The last ten years have shown me that we have relived the 1920's. Previous to the Great Depression, we had the Spanish Flu pandemic, World War I, the economic expansion of the 1920's, and new technology. The 1920's ended with a terrible President, a market crash, and then the Grapes of Wrath (a massive food shortage).

Now, we have the Covid Pandemic, the War on Terror slid right into the Ukraine War, the economic expansion and a lot of new technology. I only mention technology, because the time and effort put into new and exciting technology can lead to the same short-sighted thinking we saw in the 1920's. Pure hedonism. Stir in the terrible President and what the market is doing right now and it's safe to say that the Grapes of Wrath are coming. This didn't happen overnight, and we may never get out of it - the climate has changed so much, the Earth may be becoming inhabitable. If it feels like the movie Wall-E was a prophecy, it was.

Having the combination of the virus, the war, and ineffective leadership is just too much for any one country to bear. The virus, whether or not it was created in a lab, started a mess. I do want to note that even during the Spanish Flu pandemic of 1918, people believed in conspiracy theories. Americans were convinced that Germans were poisoning the bayer aspirin at the drug store, hence the notion that all our pill bottles need safety features.

There have always been conspiracy theories, but evolution is unrelenting and the pandemics will just keep coming. In fact, overpopulation is making it worse as before we didn't used to come into contact with the home of a bat, for instance. Overpopulation is exhausting the planet in general but we already knew that. Monkeypox has shown up, but as I said, evolution is unrelenting. No matter what, viruses will show up. The more important point is the toll that it has taken on this country. The long haul covid people like me, can't work. The employee shortage leads to too many problems to attend to here, but the pandemic seemed to start as a small snowball that is turning into an avalanche. The pandemic was a shout, delivered as a whisper.

The military-industrial complex is another reason why it feels like Rome is collapsing. As a mom, I know I have to take care of myself before I take care of anyone else. The United States sends money to many other countries and yet our own infrastructure is failing. Not only have we been spending money we don't have, we also have a love affair with war. We can't seem to stay out of anyone's business.

This love affair with war has cost us a balanced budget and just created enemies with other countries. Some have argued that the love affair with war has even contributed to the school shooting problem in this country, but that is whole other animal altogether. The importance of pointing out our obsession with war, is that the money spent is gross to put it mildly. The amount of money that is spent on something like the stealth bomber is ridiculous. Meanwhile, the military doesn't have money for basic coffee but a $50 million jet is worth it. This just tells me that men with penis envy are making the decisions. The budget for the military is unsustainable and that is contributing to our downfall.

The volatile market is just a reaction to what is going on in the world. If you study economics, there will be a market correction about every 30 years. There was one after the Civil War in the 1860's, one in the 1890's, 1930's, and so and so on up until 2020's. This market correction will be worse because of the pandemic bubble, just like the bubble in the 1920's. So when the market crashes, it will crash, and it seems to be coinciding with climate change accleration. The climate change is causing food shortages and the war is disrupting the supply chain, which was already disrupted from the pandemic. It's a perfect storm. Market correction, virus, war, climate change, ineffective leadership, it's the 1920's all over again. We have been hedonistic like the 1920's. It's fine to have a good time, but you still have to plan for winter.

I would highly recommend long-term thinking. Pulling all your money out of a 401k only makes things worse. Stock up as much food as you can, prepare for the worst and hope for the best.

I am an aspiring writer currently writing a book on the Sexual Revolution we are in the midst of, a book about a new program to get sober, and a novel about a serial killer. I am also working on a book of poetry.

More stories from Susan Eileen and writers in Futurism and other communities.