by Paul Writes 2 years ago in scifi tv

The documentary series only lasted a 13 episodes, but there was still so much information packed therein.

Cosmos: A Spacetime Odyssey was wonderful for those who were looking for something enlightening and thought provoking to watch but the rate of viewership declined shortly after its premiere which led to the series indefinite delay of future episodes. The documentary series only lasted a 13-episode span of time and doesn't seem to have any more seasons in development but the series was still good for a watch.

Cosmos: A Spacetime Odyssey is currently available for streaming on Netflix, and doesn't seem to have a last availability date which implies that the series will be available for some time but this documentary series is one you'll definitely want to catch before it's gone.

Why Everyone Should Watch Neil deGrasse Tyson Explain the Universe

More to the point, Cosmos: A Spacetime Odyssey is a documentary series you should really take the time to sit down and watch. It's also good for some introspection, allowing one's self to really consider how minuscule we are in the universe, as well as how large our impact is just from merely existing. There's lots to learn about from the documentary series and it's hosted by Neil deGrasse Tyson so it's quite a pleasant adventure nonetheless. 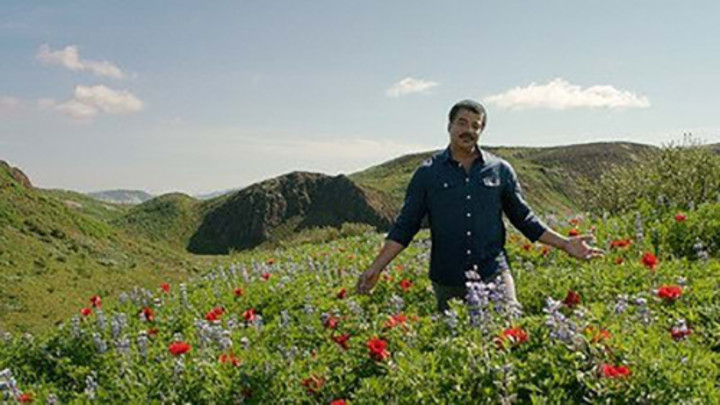 Episode 11, "The Immortals" Will Change How You Think About the Universe

If Cosmos: A Spacetime Odyssey has piqued your interest, then you should watch each episode at your own discretion. There's no real episodic structure so you can watch whichever topic interests you, based on the episode descriptions. The episode which stood out the most for me and is probably the most informative is Episode 11, "The Immortals".

Episode 11, "The Immortals" is a lesson on the origin of our planet and our species, laying out several plausible theories on how life came to exist on our planet. The episode then goes into how life's existence on other planets is almost a certainty. These are just some of the biggest revelations learned in Episode 11 of Cosmos: A Spacetime Odyssey. 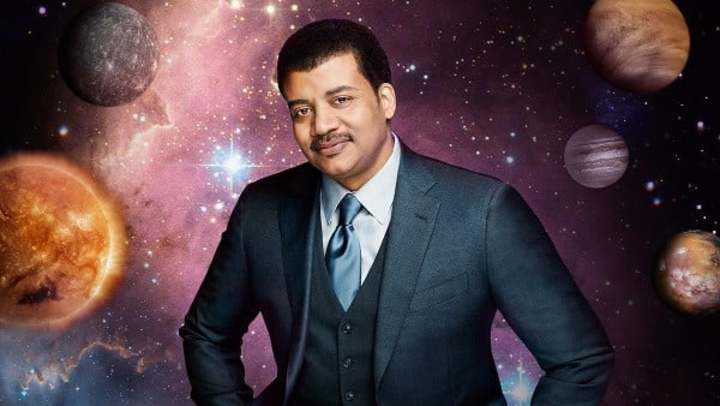 Life On Earth Can Be Traced Back to Alien Planets 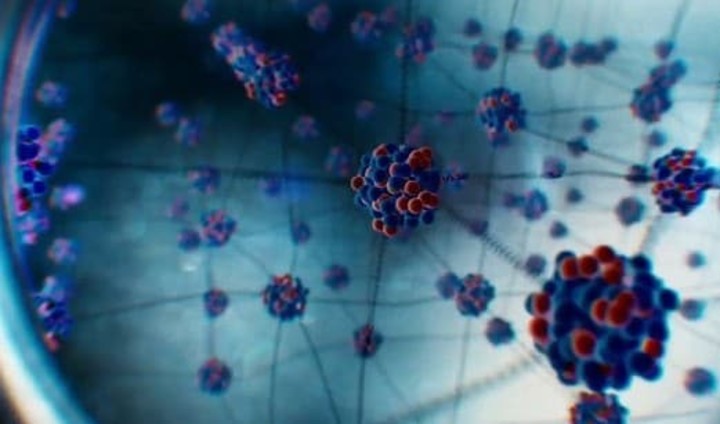 In Egypt 1911, a meteorite from Mars crashed down in the town of Nahkla. It was only recently discovered that the meteorite found in Egypt matches up exactly with a meteorite found frozen in ice, millions of years ago; thus placing Mars' presence on our planet before that of the human species. 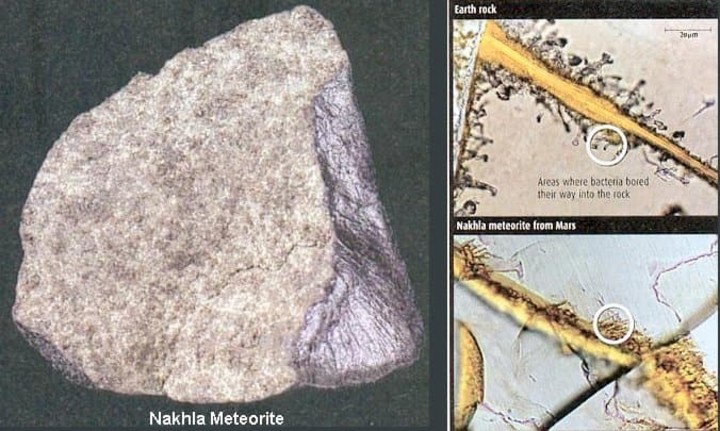 The debris which was frozen on our planet millions of years ago predates the human species, meaning that lifeforms originally from Mars could have been the key element in creating our species.

For the sake of argument, let's say the lifeforms which predate us did give birth to the human species, does that mean human life existed on Mars at some point? Not necessarily.

Since the microorganisms that traveled through space to get here are only a fragment of the life which existed on Mars, fragments of the microbes which made it here would require millions of years to evolve into complex organisms to become human life. However, we shouldn't rule out the possibility of intelligent life having existed on Mars before the human species was even a day old. If so, the ancient life which existed on Mars could be where our species' origins are traced back to but that's purely speculation.

Mars Could Have Had Thriving Life at One Point

The planet itself appears to be dead but that's because of its long history. Mars's lifespan has seen several catastrophes affect the planet, all of which took place before anyone from Earth could have ever bore witness to them and resulted in most life on Mars being extinguished. There are traces of life still present on Mars but only semblances of the planet's past. 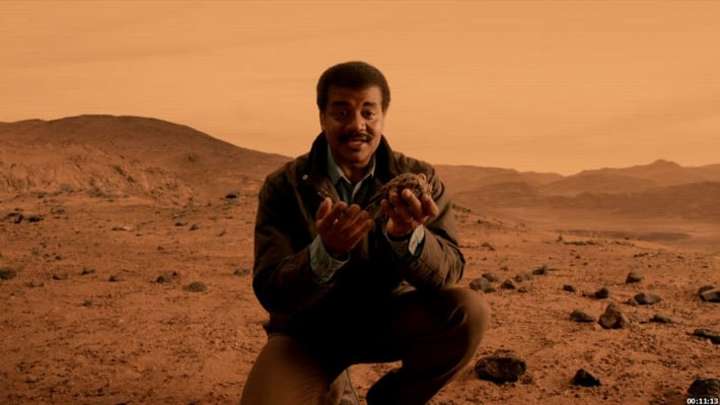 Theoretically speaking, with all the factors of a livable planet being present on Mars, it wouldn't be too far of a stretch to consider the possibility of Mars maintaining intelligent life before one of its many catastrophes ended it all. Then adding on the aspect of the planet's current state holding all the traces of a planet affected by multiple cataclysms, it would be easy to see how an alien civilization/ species could have been wiped clean from the planet.

If that is what happened, we would have never known of life on Mars or how it was erased from existence. Since the timespan in which Mars' life could have thrived would have happened before Mars's major cataclysms, Mars' time of thriving may have been well before the dawn of the human species. 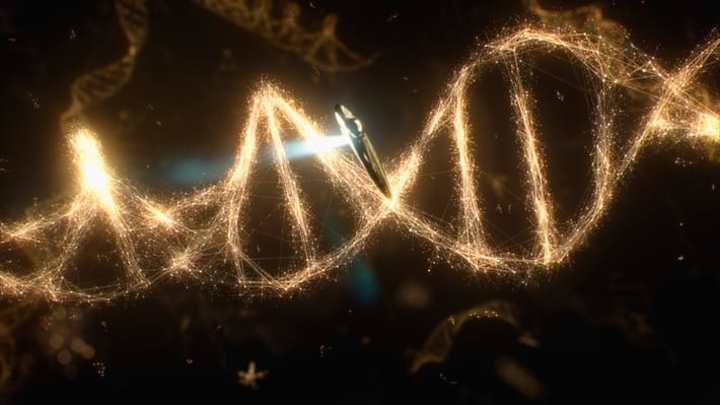 Regardless of what we think we know, until we get up to Mars and dig through the ground to find remnants of an ancient civilization, we won't know anything; that is if they even existed

Since 1960, the first broadcasting message was sent into space, in what was called Project Diana. It's intent varied from locating the Moon as it moved in orbit to sending out a message to any intelligent life out in the universe. We haven't received a message back but it's only a matter of time.

When we consider the vast amounts of space being covered by these broadcasts, with every year that passes, echoes of the broadcasts that were sent out in 1974 are passing through more and more planets; any of which could have received our message. Then when take into account all the other broadcasts being sent out from Earth since 1974, any one of these interstellar messages may have already reached a planet with intelligent life on it. 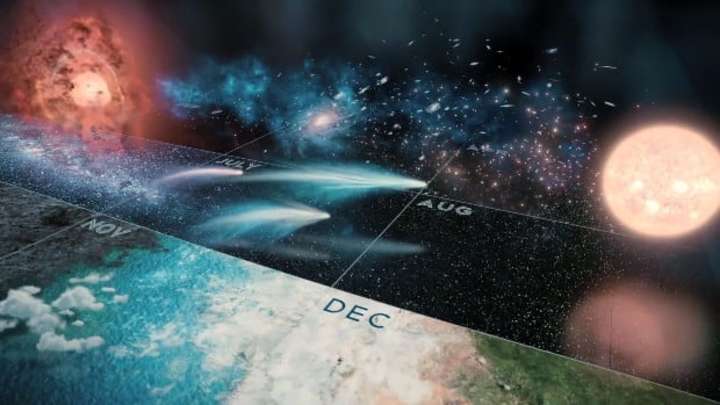 To be clear, with every that passes, an interstellar message sent into space expands its range and echoes past 1000's of planets. A radio wave covers a lightyear of distance every year and expands in every direction, spreading to the farthest reaches of our universe. This radiowave can be picked up by any species using a radio to receive broadcast signals. However, we haven't received confirmation of any messages sent into space making their way to another planet so there's room for error in calculating how far the echo of a radiowave will reach.

Let's just say that a message which is supposed to reach one end of our solar system but is interrupted by magnetic interference or any number of problems that are unpredictable, that could mean all of the messages sent into space could have beeen lost halfway to their destinations. We may just be the fools who think they've sent out radiowaves for contacting other lifeforms in the universe, when in fact, we're simply sending out signals that fade into the nothingness of space. 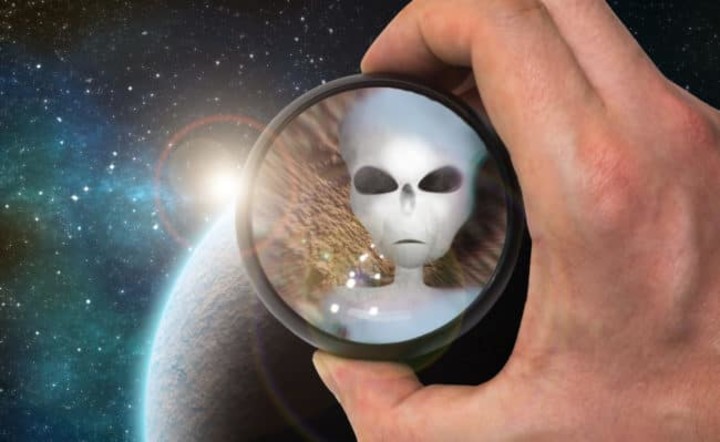 Until someone develops an accurate form of contacting extraterrestrial in the universe, we'll never know if life does exist somewhere else. And even if we did learn of the existence of alien life, how would we reach them?

We currently only have the capacity to reach Mars so we wouldn't have the means to reach a distant planet with life on it. Even after discovering that intelligent life does exist, sending a reliable message might not be plausible either. Accounting for the distance of a planet with intelligent life on it being found in a distant galaxy, we'd have no way of forming communications with said planet or getting there so their existence would be irrelevant. However, there's a good possibility that any intelligent life in the universe has an advanced civilization, one that grants them the ability to travel to planets life ours without much trouble. In that scenario, we would all probably be in danger of being enslaved, according to the warning issued by Stephen Hawking. 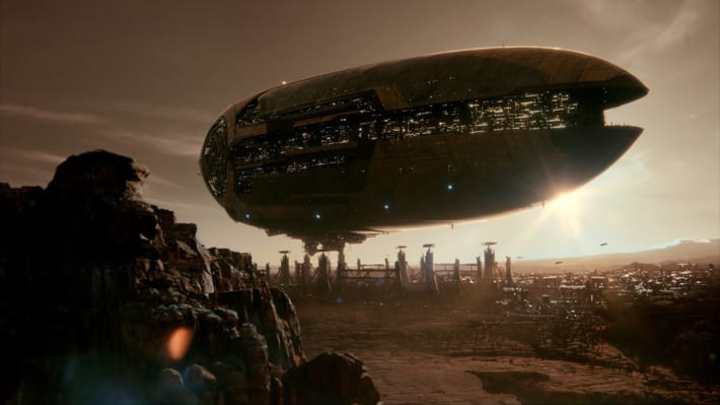 The acclaimed physicist has been cited, warning us of sending messages into space. Knowing full well the ramifications of our actions if the alien species we come across see our species as a threat or even unworthy of existing among them, Hawking has attempted to warn us.

Hawking's warning may seem like a joke but he could be correct in the matter. He is after all a man known for his intelligence so if his logic is telling us to stop sending messages into space for fear of alien threats, we should probably listen. But then again, maybe Hawking knows something we don't and he knows that alien species are more intelligent than he is, potentially with the ability to disprove any theories he has proposed in the past, bringing a swift halt to anyone relying in Hawking's work as a credible source - putting an end to a lifetime of achievements, based on his intelligence.

That's All for Now

Those were just some of the things that can be learned of in Episode 11 of Cosmos: A Spacetime Odyssey. And if you didn't understand my explanation behind these mysterious facets of the universe, watch Neil deGrasse Tyson explain these things to you and it'll definitely make sense then.