CR
by Candis Ruiz 2 months ago in astronomy 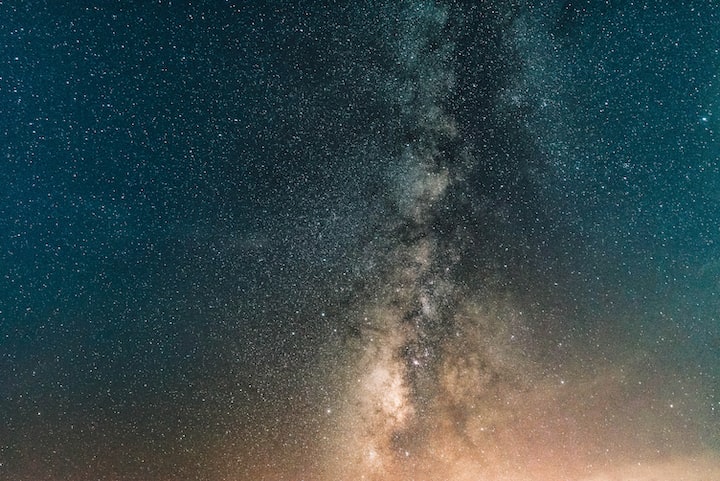 Photo by Ohmky on Unsplash

There is approximately 7.8 billion people on our planet as of the end of 2020 and still counting. Even with our unique traits and personalities do we share common ground between a multitude of things: music, toppings, literature- everything with multiple categories and genres that are classified separately and yet, unite us together. Just like the myriad of stars in the sky, we paint ourselves in at least twelve categories of the universe examined ever since Babylonian astronomy. The path of the stars somehow interpret our futures, and yet, if only we believe.

My personality and sense of self matches my star sign to a certain degree. Celebrities like Nicki Minaj, Taylor Swift and Brad Pitt definitely hold a better kind of candle to my generosity and idealistic nature (and may make everyone laugh harder). The impatient and passionate fire sign burns bright for freedom, travel, philosophy, and being outdoors (FYI, I can only take the outdoors for so long). The freedom that I crave is not specific. I could feel antsy stuck in an elevator, or be impatient at a long traffic light (but so can everyone else not related to a Sagittarius). As I also love to travel, I don't care if I travel alone or with someone else (but the more, the merrier). I can't relate to anything philosophical unless it's something I can be extremely interested in learning. Not all the traits I have seem to fall under a true Sagittarius. I am sure though that there is a true Sagittarius that matches all of the qualities hidden within their constellation, but out of 7.8 billion people, it may fall under the generalization of when our parents chose when to make whoopie and when we actually wanted to burst out of the womb.

The traits we possess enters the challenging theory of nature v. nurture: are we born with specific traits because the universe foretold it within the sign of the stars? Or do the traits that we possess have ended up becoming a growing pain from life experiences we ended up living through? There are times when I can be adventurous and bubbly, but then there are times where I want to hermit and pull a middle finger to the world. The zodiac is just another of those permanent traits to describe us (like being born with black hair) in order to fit in with someone of a similar category. There is no science behind the placement of the stars- just an interest in our mythological counterparts used to describe what we may become one day. The zodiac is a fun pseudoscience much like phrenology.

As for horoscopes, the placebo effect plays a major role in any fortune-telling game. The fortune of a horoscope places a statement too vague that anyone from any sign can relate- which lacks specificity and makes a reader attempt to relate from their point of view what is going on with their lives.

For those that do not believe they are a correct match to their horoscope, there are other constellations in which you may be more suited towards. The thirteenth zodiac, Ophiuchus, is traveled through between November 29th and December 17- which can mess up the whole lot of star sign people and dates with such a discovery. 13 is not an even number, and has no apparent place between the four seasons and elements in which the original twelve zodiac signs derive from.

That said, nobody is strictly tied to the fate of the universe even if it may be written in the stars. One can simply jump between star signs if the date falls between two. All that should matter is the fun one can have learning about oneself and others, no matter under what constellation they were born under.