Drug repurposing: should I stay or should I go?

by Marina T Alamanou 2 months ago in science

When the side effect is once in a lifetime business opportunity 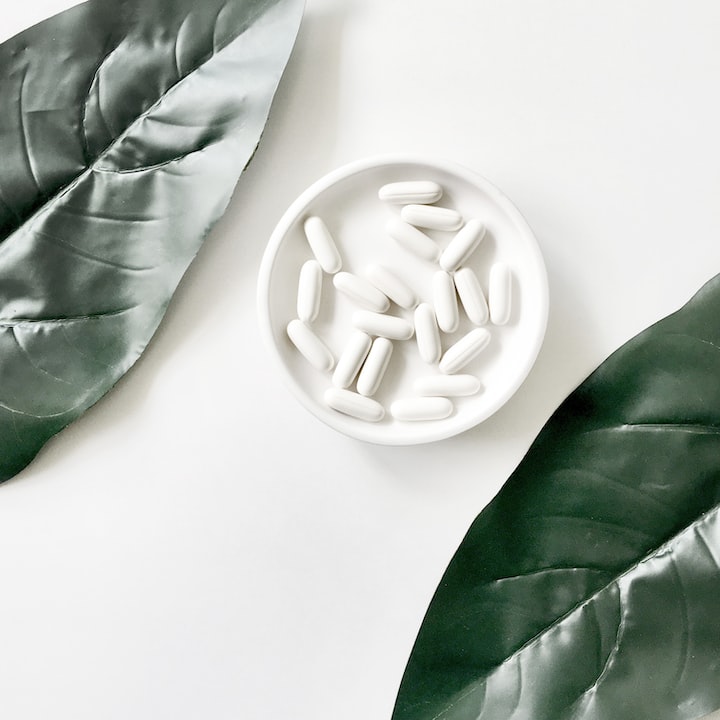 Photo by The Tonik on Unsplash

The term drug repurposing has been used interchangeably with drug repositioning, drug rescue, drug retargeting and drug reprofiling, and all these expressions are relatively synonymous for describing the process of developing new uses for existing drugs that saves years and millions of dollars since the new indication is built on previous knowledge.

In fact, the traditional drug development process requires an average of 13 years of research with a cost of bringing a new drug to the market being estimated at ~$2–3 billions, while it has been estimated that the drug repurposing process has a cost of ~$300 millions — and this represents an ~85% saving compared to the~ $2 billion cost of a de novo drug development process — having also a reduced cycle time of ~6.5 years.

In a study published in 2018 researchers conducted a bibliometric review of drug repurposing by scanning >25 million papers in PubMed and using text-mining methods to gather, count and analyse chemical–disease therapeutic relationships. Their collection of PubMed articles annotated through June 2016 was referred to as the ReprofileSet, and their results indicated that more than 60% of the ~35000 drugs (or drug candidates) identified in their analysis have been tried in more than one disease, including 189 drugs that have been tried in >300 diseases each.

According to the ReprofileSet “the king” of a repurposed drug is prednisolone — a steroid used to treat certain types of allergies, inflammatory conditions, autoimmune disorders and cancers — associated with 1340 diseases  from cancer, inflammation, asthma, arthritis to multiple sclerosis, hearing loss and many more (a testament to the ubiquitous nature of inflammation in almost every disease).

In particular, the analysis of the ReprofileSet indicated that the first disease with a clear connection to prednisolone was pemphigus — a skin disorder that cause blisters or pus-filled bumps — described in an article published in 1955. As a matter of fact, prednisolone was discovered and approved for medical use in 1955 and since then was tested against many diseases and conditions that have an inflammation component. However, there is a less obvious repurposing example with prednisolone, when the drug was tested successfully against restless legs syndrome in 2010. Right now ~1875 clinical trials are registered at ClinicalTrials.Gov investigating the role of prednisolone in different pathologies such as recurrent miscarriage, retinopathy, rheumatoid arthritis and many more.

Another great example of drug repurposing in the ReprofileSet is aspirin.

Aspirin or acetylsalicylic acid has been used since ancient times to treat fever and pain, but it was only recently (late 19th century) that was manufactured and marketed as Aspirin by the German pharma Bayer. Subsequently, as a repurposed drug, it was found that aspirin at low doses can reduce the risk of developing a range of cancers, including pancreatic and colorectal cancers. Moreover, it was also discovered that aspirin can be a great deterrent to heart attacks. So right now ~2128 clinical trials are registered at ClinicalTrials.Gov investigating the role of aspirin in different pathologies such as stroke, diabetes, premature birth, asthma, cardiovascular disease and many more.

But its not only aspirin.

Sildenafil, minoxidil and valproic acid they all have emerged, from unorganized discovery processes, to solve a clinical problem from another domain.

Sildenafil (Viagra)  was originally developed for the treatment of coronary artery disease by Pfizer in 1980s. But then it came out it had a "$1.6 billion in 2016 global sales" side effect, yes a marked induction of penile erections. This observation was serendipitously found during a Phase I clinical trial for the patients with hypertension and angina pectoris. 434 studies are registered right now at ClinicalTrails.Gov investigating the role of Sildenafil in hand foot skin reaction, solid tumor, Parkinson's disease (PD) and many more. For example (NCT01941732), when Sildenafil was used by men with PD and erectile dysfunction (since erectile dysfunction can be experienced by up tp 40% of men with PD) a number of patients reported that when they take Sildenafil, their need of anti-PD medication is reduced.

For example Valproic acid (VPA) is widely recognised for its use in the control of epilepsy and other neurological disorders in the past 50 years, but recent evidence has shown the potential of VPA in the control of certain cancers, owed in part to its role in modulating epigenetic changes through the inhibition of histone deacetylases, affecting the expression of genes involved in the cell cycle, differentiation and apoptosis. Moreover, due to its various effects VPA is a promising alternative for the control of autoimmune diseases. 427 clinical studies can be found right now at ClinicalTrials.Gov investigating the role of VPA in chronic lymphocytic leukaemia, migraine in children, eye diseases and advanced cancers.

Also minoxidil was an hypertension drug repurposed for hair loss. Side effects observed in clinical trials that are not apparent in animal models usually lead to repositioning opportunities, and this is the case of midoxidil. In particular, minoxidil was initially developed to treat ulcers, but in the early trials the drug proved to be a vasodilator, so it was consecutively repurposed for severe hypertension, but then, the efficacy trials of minoxidil as an antihypertensive agent showed an unexpected side effect: hair growth! So in the end, minoxidil was repositioned for the treatment of alopecia. 55 clinical studies are registered right now at ClinicalTrials.Gov investigating the role of minoxidil on permanent chemotherapy-induced alopecia, anal fissure, eyebrow hypotrichosis, beard enhancement and Williams-Beuren syndrome (a genetic disorder that affects many parts of the body).

Conclusion: Almost all drugs used in human therapy have the potential to address more than one target.

But even though the drug repurposed strategy is a cost-effective way for the treatment of human diseases facilitating rapid clinical translation — with the major advantage of this approach being that the pharmacokinetic, pharmacodynamic and the toxicity profiles of the drugs have already been established in the original preclinical and Phase I studies — there some real practical challenges with drug repurposing (Challenges and opportunities with drug repurposing: finding strategies to find alternative uses of therapeutics) worth mentioning.

There are some legal aspects affecting patenting a new medical use and/or the enforcement of patent rights, resulting in diminishing the incentives for drug repurposing. Firstly, some national legislations impede obtaining a patent for second or further medical uses (although, it is possible to protect a repurposed medical). And secondly, many potential repurposing uses have already been reported in the specialised literature or are already being exploited in the clinical practice as off-label, non-registered uses, so these information already in the public domain affects novelty and consequently, patentability. But it is possible to obtain very strong patent protection for a new use of an existing drug (whose composition of matter patents are still running), if that new use is not covered and proven in the original patent.

Public access to certain types of data (e.g. clinical trials) is still limited and some types of data are less friendly to data mining, integration and manipulation (e.g. imaging data) or are sometimes offered in a non-standardized manner. Moreover, some pharmaceutical companies are less inclined than others to release their chemical libraries (e.g. failed drugs) to branch the possible applications of their compound collections (or could prove extremely selective at choosing partners), which could pose a fundamental barrier to drug repurposing.

Of course there is solution regarding the problem with drug availability. And the solution is companies and non-profits (like Kailash Biosciences, Enzo Life Sciences, Prestwick Chemicals, Spectrum Microsource, NIH Chemical Genomics Center pharmaceutical collection, Cures Within Reach, Center for World Health & Medicine, etc) that are offering small libraries containing compounds that are approved or off-patent drugs.

A valid question that emerges is how many repurposed-oriented screens can be justified, because systematic drug repurposing campaigns may rapidly exhaust the drug repurposing prospects for a given disease.

A solution would be that the strategy could be redirected to unexplored target disorders, and additionally the possibilities of drug repurposing may be amplified if instead of potential repurposed monotherapies drug combinations are examined, a strategy that is already bearing fruit in the field of infectious diseases. Precision and system medicine, also offers a whole new prospect to expand the scope of drug repurposing.

But let's see now some failures in drug repositioning.

For example, Bevacizumab sold under the brand name Avastin — a monoclonal antibody that functions as an angiogenesis inhibitor by slowing the growth of new blood vessels — failed to show efficacy in a phase III trial for gastric cancer despite having already been repositioned to many other cancers. Bevacizumab has been tested in ovarian cancer where it has shown improvement in progression-free survival but not in overall survival, and glioblastoma multiforme where it failed to improve overall survival. 2700 clinical studies are right now registered investigating the role of Bevacizumab mostly in different types of cancer.

Also sunitinib — the multi-kinase inhibitor — has failed clinical trials for breast cancer, colorectal cancer and prostate cancer, but was approved for the treatment of Gastrointestinal stromal tumors (GISTs), pancreatic neuroendocrine tumors and renal cell carcinomas among others. The lack of efficacy of generic kinase-targeting drugs such as sunitinib suggests that, at least for some cancers, more targeted strategies need to be pursued. 612 clinical studies are right now registered investigating the role of sunitinib mostly in different types of cancer.

The combination of bupropion and naltrexone — previously approved for the treatment of depression and opioid addiction, respectively — was rejected by FDA in 2011 to synergistically regulate appetite and energy expenditure in obesity owing to potential cardiovascular adverse effects.

Finally, Merck remains very cautious with drug repurposing because of the experience with its Rofecoxib — brand name Vioxx — a COX-2 selective nonsteroidal anti-inflammatory drug marketed to treat osteoarthritis, rheumatoid arthritis, juvenile rheumatoid arthritis, acute pain conditions, migraine and dysmenorrhea. In 2000–01 the company carried out a series of studies to determine if Rofecoxib was efficacious in slowing down the onset of Alzheimer’s Disease, as well as preventing colon polyps. In both these studies the drug manifested safety issues, including adverse cardiovascular events. Ultimately, this led to the withdrawal of the drug from the market in 2004.

Conclusion: even repositioned drugs that have passed clinical safety standards might still be found to have adverse effects.

But apart failures, and most importantly considering that for now the pharmaceutical industry is still struggling with rising costs, cycle times and the high risk associated with the “normal” drug development process, drug repurposing appears to offer some real solutions.

In any case, always keep in mind that drug repurposing or normal drug development is hard because understanding human biology is amazingly complex, intellectually overwhelming and mind-boggling.