Did Democracy Lead us to Value Social Media Status?

by Brian Anonymous 5 months ago in social media
Report Story

Today's climate has a lot of parallels to how people thought of democracy in the late 19th century. 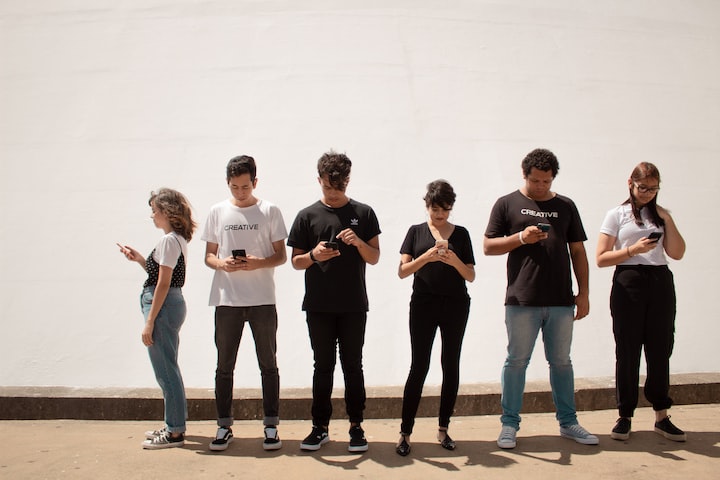 Photo by Creative Christians on Unsplash

I'm going on a tirade of thoughts while reading the book European Intellectual History Since 1789 by Roland N. Stromberg. I can see how history is once again repeating itself. In my last entry about "Why it's impossible to find the truth", I had my mind blown about an ideology. This time I'm seeing parallels to today's social media.

At the moment I'm reading a portion about the late 19th century. It was a time when different ideologies of government was being discussed and rationalized. Monarchy governments were going out the window and people were revolting.

Some of the top minds were thinking of different forms of government. One one side they were talking about socialism and communism. Then there was democracy. Many of us follow the democratic path but we don't realize how much debate there was about this form of government.

You see not a lot of people back then had the same educational means as we do today. Not everyone was well informed or even had the ability to read. How were we to believe they would choose an adequate government for the country. Of course this sounds very elitist but they do have a bit of a point.

There's that fear that the government would be chosen through popularity not by actual ability to properly lead the country. Some of the solutions came down to educating individuals as much as we can so we can have a progressive country and elect proper officials. Still the apprehension never left.

The idea of having an elite based on the popularity of the people really scared people. There were actually a lot of people that were scared of this idea but as we can see this form of government hasn't collapsed on itself as expected.

Democratic countries are flourishing and yes we do still have somewhat of a problem with leaders picked through popularity votes. However it can be seen as the lesser evil than any other form of government. That's up to debate for a lot of people.

Most of the popular individuals on social media are young adults. We even have kids. They're the wave of the future and we see them following or subscribed the the most absurd profiles. The older generation again worries about the future as we believe that people aren't being followed for the right reasons. The people followed are the ones that aren't necessarily the smartest people but they do have good entertainment content for the masses.

It makes me wonder if growing up with democracy has created this social media monster. We've all grown up to learn about power of influence and idolize the leaders of the country that we vote into power. In a sense this is merely what social media is. We vote through our likes, follows and subscriptions to people we find interesting.

There's no wonder why social media is huge here in the western world. In places such as China it's somewhat similar however the government kind of has more control over the social media. That's not so far from how their socialist/communist society works. It begs to wonder if democracy is the reason why we value having many followers and subscribers in social media.

In the end, we shouldn't worry too much about the problems of social media. I'm sure just like with democracy social media will not collapse on itself. People are smarter than we give them credit for and things generally just work out and evolve.

I can't wait to see what is coming up next after social media. In only a matter of 100 years we have had so much evolution in the way do things in society. There's no doubt in my mind that the next 50 years will see another big evolution in social connection.

More stories from Brian Anonymous and writers in Futurism and other communities.