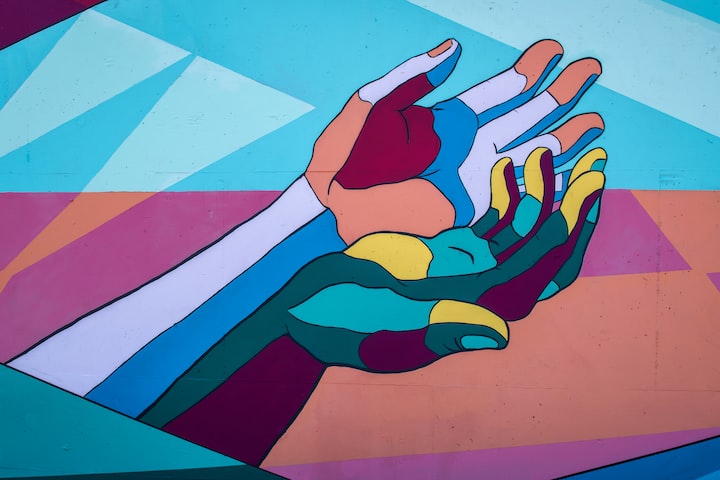 The three officers began to create a divide with caution tape to corral citizens away from the vines being tossed and to keep a better eye on the newcomers. As the curious onlookers speculated among themselves, a middle-aged woman crouched under the police tape. The authorities didn’t even notice that the woman had approached the unknown subjects. Effie was at earshot, making mental notes of the interaction. She tapped the shoulder of another woman, who turned around with an inviting smile.

“What are guys doing? If you don’t mind me asking...” She was more nervous than she looked.

“Oh! Of course, not!” The other woman responded with intensity, “We are cleaning up for our Gods.” Effie perked up, surprised by the new information.

“Who are your Gods?” This first woman was a bit thrown off and seemed uncomfortable with the response.

“We will be able to explain more once inside. Don’t worry, you are all welcome to join us.” The intense woman turned to continue the effort which was looking to be halfway done. The onlookers now began to murmur when the middle-aged woman came back, the officers not even minding that she breached their barrier in the first place.

“Their Gods?!” “What the hell, this could be terrorist attack.” “Yeah, why are the officers just standing there?” “What is this building?” “How could they be from the same church when some of them look like they’re from different continents?” “Do you think it is one of those internet cults?” “Forget that, how did this missionary group or whatever know about this building?”

When they called out the Major demanding answers, he relayed that the newcomers were not hostiles. Their insistent rebuttal was met with the clean-cut man ensuring the situation was under control. “We have orders from the Lieutenant General to keep you safe if you plan to stay. We do not have permission to arrest tourists helping the environment.”

Effie was filled to brim with word vomit as she readied herself with the semi-covered marble building about fifty feet behind her, filling the frame. She took three deep breaths to prepare herself and waited for the cameraman’s cue.

“Good afternoon Athens! This is Effie Andino with Athens Local News, once again coming to you live from the mountains of Birza in Dimosio Dasos Rapentosas. After walking the grounds and speaking with officials, we have uncovered some new information. Every mountain in Greece is currently being occupied by these unknown newcomers, claiming they are “cleaning up for their Gods”, that we are welcome inside these mysterious buildings, once they are cleared by our officers, and that will explain their arrival then.” Effie gave a slight look to the camera, increasing any viewers speculation. “Although Greece has undergone a great decline in the past two decades, this monumental occurrence may give way to a new era. These marble buildings were unheard of even when the population had been over ten million. So... when were these structures erected? Do our guests plan to stay? Not many answers are being revealed as new questions arrive.

“For now, our dedicated officers are keeping civilians level-headed. Some look on with uncertainty, questioning who these people truly are. The world may have grown past the mindset of unwarranted fear and blind prejudice, but residual hate from the past two decades of disappointment lingers as we watch these newcomers unveil what may very well define our future. “

As Effie wrapped up that last sentence, everything had gone quiet around her. She turned to see one of the most beautiful parishes she had ever seen in her entire life. Its simplicity was highlighted by slender gold print. Its columns thick and evenly supporting the ceiling about ten feet apart. It was plucked from ancient times; her heart was fluttering out of her chest. Not caring that they were still live, she let her feet bring her towards the alluring marble. Her cameraman followed her, figuring they were winging it--not intending to miss any of what was unfolding in front of them.

All the newcomers began to walk through an enormous opening on the presenting side of the marble building. The three uniformed officers ordered the civilians to stay put before heading up to speak with what was assumed to be a couple standing outside the open door. After a short exchange, the officers were allowed inside. The crowds began to get antsy, stretching to see over whomever was in front of them to marvel at what was before them. This structure was sturdy enough to withstand a natural disaster, there is no way this place was hidden all this time. A few minutes later, the officers came out, as Effie and her cameraman were hiking up the few steps that separated the foundation from the cool dirt of the mountain. With a nod of the Major’s approval, Greece’s citizens apprehensively made their way forward. Some young ones ran out ahead, causing worried parents to pick up their pace and call out to their children.

Effie’s eyes grew bright when she arrived at the threshold. The building was almost bare, only giving way to a statue almost as tall as the ceiling. It was cut from the same marble as where everyone was now standing around it. It was of a man, slightly crouched from the weight of the world in which he carried on his shoulders. Looking to her right, she and her cameraman were greeted by a couple who were of different races, kindness oozing from their smile.

“Welcome to the Parish of Atlas.”