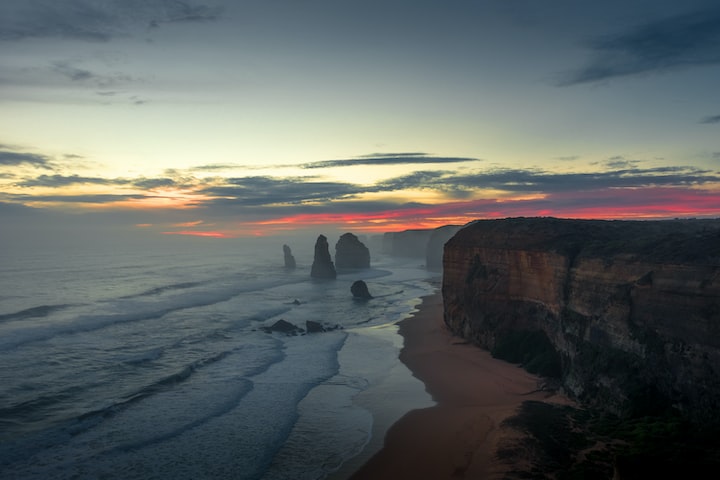 Photo by Daniel Seßler on Unsplash

Broken by time, Illen took off his gloves. There was no going back now.

If they could go back, it would take lifetimes. Too many lifetimes to even consider. There was a chance once, but they had ignored it. Illen had tried, or at least he had convinced himself he tried. Attempts to steer materialistic conversations about watches, rock bands and motorbikes in the direction of political infringements on privacy had all but failed.

It wasn’t a conspiracy, however. It wasn’t a theory. It wasn’t in the shadows, or done behind closed doors, it was in their faces. It was everywhere. Apps that tracked people’s whereabouts, check-ins in the name of safety, a digital trace of every action, of every interaction.

They had their justification, of course. They had good reasons, how else would the population sign off on it? The reasons had made people afraid, fear drove them to comply, compliance made them ambivalent.

Illen was no longer ambivalent.

If the police saw him taking off his gloves, which they would, it would be game over.

He wanted to touch her, and he didn’t care anymore. He knew he’d get sick, and so would she. They knew they would die, but living for a moment seemed better to both of them than being dead for a lifetime.

She had opened his eyes, of course. He had become complacent in his efforts, powerless to stop change, unable to take the wheel. He had gained bedsores and bruises in his digital bubble, which had hardened into more of a digital ball bearing. Rolling and bouncing around, smashing him against the walls, unbreakable, unmanageable.

She wasn’t in a ball bearing. She wasn’t in a bubble. She was alone, not part of any groups, societies, communities or hierarchies. Yet, she was smiling when he first saw her.

Mostly obscured by the wall of updates, news, posts, stories and vibes imposed on his view by augmented reality, but she could see him. He was unfiltered to her, unobstructed.

She was smiling now.

So they took off their gloves. There was no going back, only forward. They looked down at the waves, crashing on the shores below them. They listened... to the birds, to the water, to the wind. They gazed in awe at the majesty of the sun, cresting over the sea’s horizon and the clouds illuminated in amber glory. They felt the calming release of serotonin in their veins and Illen noted the contrast to the usual delivery of dopamine.

He reached out and ran his hand through her hair. It felt soft and delicate. He clasped her hand with his other. He felt unified, accepted, connected to her. She caressed his cheek and as a million enzymes on his skin mixed and reacted with their partners, he felt the weight on his shoulders melt away. He looked in her eyes, saw the beauty behind her picture perfect face and allowed her to see everything that he was and everything he wasn't.

They kissed. Half a lifetime of suppressed joy, oxytocin and love exploded throughout Illen’s entire body, and he was free.

They died, of course. Trapped in a cage of plastic sheets, stripped of engraved rings and heart shaped lockets, surrounded by drones in hazmat suits. As predicted, the authorities had come down on them like a ton of gooey, alcoholic hand sanitizer. Unlike those who survived them, however, unlike the scared professionals trying in vain to save their lives, unlike the docile pedestrians treading the pavement outside, the legions of sedated dope fiends trapped in their ball bearings, unlike those who lived out their entire existences for many more years, desperately longing for something that escaped them, they lived.

Sydney based sci-fi writer. I like stories that use near future technology as a vehicle to illustrate a deeper point about relatable things.

Read next: The Lost Elvevian King and Queen