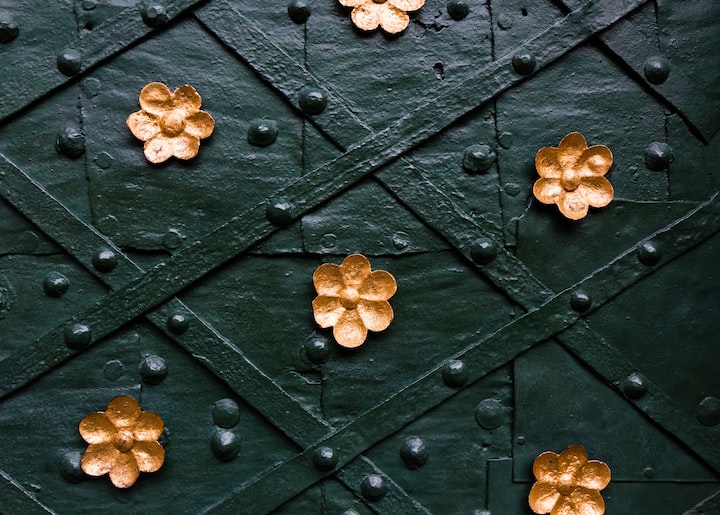 Photo by Martin Adams on Unsplash

Althea had been told not to go off the ship, she had been warned. The consequences would be dire but she couldn’t stay away; the stairs called to her, beckoning her to have a look, that’s all—just one simple look.

But it was never that easy. Of course Althea didn’t believe in magic but what she had seen that night was unexplainable otherwise. Celestial stars wrapped in gilded frames dotted the sky moving with each swirl of passing comets. She was standing in the massive hallway of space—dead, dark air set against the glowing embers of fiery planets and all their roving moons that led her down to the forbidden tunnels in the first place and yet she was lucky, lucky to still be alive but how… how.

It was the trustee’s first meal of the lunar month—a somber celebration for the most recent killing. All the living left behind gathered around to celebrate Theta, a young woman had been killed, the twelfth of the year—two for every month that had passed and yet, here Althea stood having made it to the tunnels and back unscathed.

Bright flashes of light mushroomed out across the dark, dead air illuminating the surrounding worlds, blinding them, signaling the end of another life while blasts of ashen flames shot out from the boiling star dust, searing their lungs.

Smoky fog-like tendrils crawled over the cakey ground, trailing their way up the sides of the spaceship. Whatever it was must have followed her back.

Althea rushed over to the row of neighboring beds—“Corina? Corina! Wake up…wake up!!”

Althea knew she had to go back, to sacrifice herself in order to save the ones she loved—knowing full well she would become another faceless, bodiless name on the top wall, celebrated only by one final dinner, a true martyr’s send-off…but, as it were, Althea was a warrior, at least, she was a warriors daughter, she didn’t come all this way for nothing.

A voice called out to her, “girl…young girl…this way please…”

Althea had barely taken a step forward before something tugged violently on her hair, pulling her closer to the edge. Before she knew it she was being dragged down a steep, jagged tunnel as piercing rocks and glittering stones cut into her legs, burning her to the core with every penetrating blow.

Several dizzying minutes passed before she was dumped at the foot of a floating throne.

“You came back…clever, clever girl…” the crass brooding voice whispered, his long black nails digging sharply into the side of a plum, piercing its skin until the sweet blood-red juices flowed down his arm before stopping to rest in collective pools at her side.

“It wasn’t like you gave me much choice,” Althea replied, her voice cool and stern. She made it clear she wasn’t afraid; besides, she knew this day would come and now she was face to face with him. But who he was wasn’t so clear. She had only ever heard of him mentioned in passing, his mere presence enough to frighten young kids with his stark white skin and silvery hair that blended into black powdered masses where his eyes were rumored to float. Shimmering black orbs that simmered in front of what Althea could only assume to be a spineless, brainless mass of bones.

Mid thirties--Writing my way through life, looking for the next great adventure!!!

More stories from KH Obergfoll and writers in Futurism and other communities.