A Sunday Letter from an Existentialist. 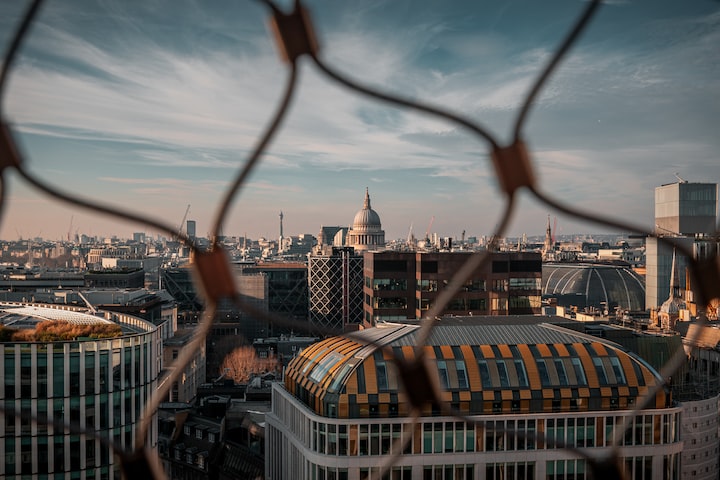 Photo by Rowan Freeman on Unsplash

A Sunday Letter from an Existentialist.

The idea of an innate idea (Gottfried) is defined by the existentialist as simply the result of biological brain conditioning – there is no such thing as an innate idea.

The senses have been conditioned to react both to physical and grown, biological conditioning. Therefore, they can be trusted (vs. Descartes), but they should be doubted (for Descartes hyperbolic doubt).

Biological essentialism – the path to now (via this verse and timeline) could very well have gone in unlimited other directions. Existentialism rejects essentialism. Ideologies are based on former choices and should not guide our futures through essence or biology (although Darwin might say that biology has at least hand in guiding our futures).

But is existentialism yet another ideology? No, because it is not a belief in something (the definition of an ideology). Existentialism is a belief in a system or way of thought that rejects all decisive thought; there is no end thought- there is only further questioning.

Hume is aligned in this when he says to have a little epistemic humility as beliefs are based on the senses, but his empiricist views are yet, in themselves, a belief – not to mention (as I mention it) a belief that states not to believe in anything that is not founded in fact or observation. But what is fact, other than beliefs based on observations?

At this point I’m wondering to myself, why do I care what definitions these philosophers posed regarding life? Maybe it’s that I see pretentiousness in that they provided answers. Is Hume not being contradictory when he states that he cannot trust anything sense-oriented? Are not his scientific facts and observations the result of experiments that are just yet to be disproven? We all know that facts have been known to change as human civilization progresses: What was once flat is now round, what was once the smallest has been split; and both examples were prior still to those of the last hundred years.

Hume’s justification on the basis of experience needs only a drop of Descartes’ hyperbolic doubt to make him question what he considers fact: Just because humans have experienced something one way as far as recorded record indicates, I ask you, why should that make it fact? What discoveries lie before the records began? As history is oft writ by the victors, what were the observations of the voiceless? And one must not forget what discoveries have not yet happened- laying in wait, to be awoken by the sands of time.

This is where Camus has (rightfully so) stopped my train of thought, as he asks what do you care about all of this, anyway?

I choose to observe that I am indeed in The Absurd situation (because I do not recall making the choice to be here, as I am... however that doesn’t necessarily mean I did not.) The precedents: biological, metaphysical, societal, and conscious, are behind me in time, and have lead me into this current situation. Here I (may) be, (Descartes would say Res Cogitans to remove that “may”), and my options are, so far as civilization has not given me the key to time travel as far as I know, to make decisions in a forward momentum towards my inevitable death.

In my present, the Absurd seems unfair. It is based on presuppositions of what fair might be, which to me at this point in my existence reflect financial freedom, limited personal responsibilities, and a voice that pierces society’s cultural herding. And why do I feel this unfairness has happened upon me? I can't say. Maybe it’s because I haven’t reached my point of “fair” yet, and I’m rejecting the premise of the journey. But what is the journey other than micro moments of fair or unfair, if only I chose to perceive them as such. And if I were to perceive them as fair, would I care less about my Absurd situation, feel less afflicted by the aforementioned unfairness, and be still in my perception of a fair but fleeting life?

To believe that, dear readers, would finally bring me to question the fleeting nature of life itself.

As Benjamin Franklin stated: “Nothing is certain except death and taxes.” However, I've known of many whom have avoided taxes.

More stories from Linda Lee and writers in Futurism and other communities.