from the set to the club 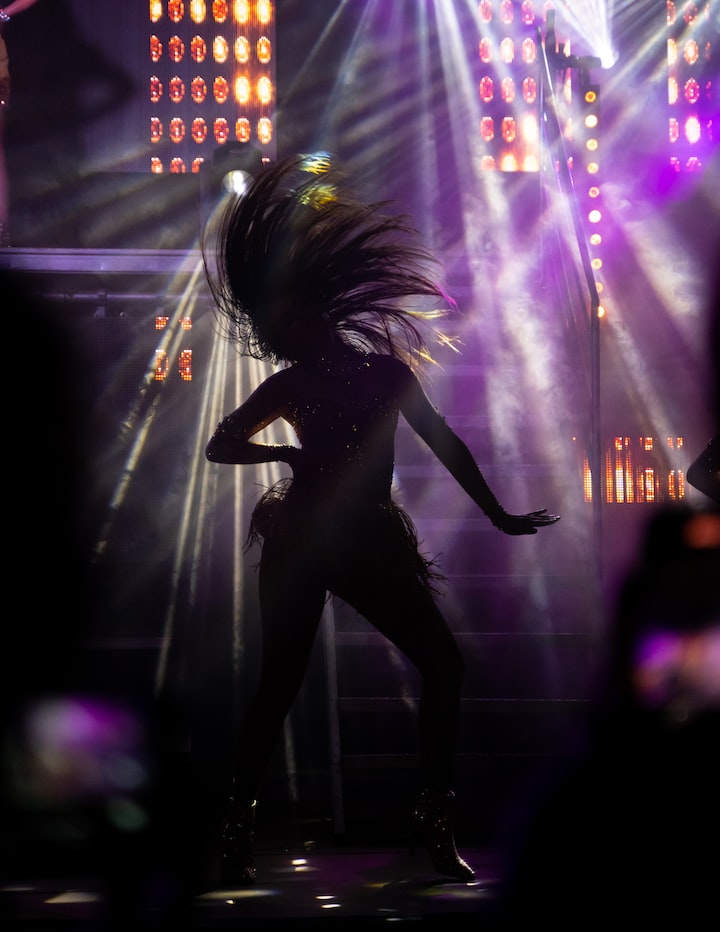 Photo by Anthony Persegol on Unsplash

Walking straight to the tv set as a production assistant, Ed met up with the cast and crew and went to the food to grab a banana. Then he sees a hand reaching towards the same banana and he sees that it was one of its stars, Sydney. He immediately recognized her and tried to keep his composure by not cumming in his pants. He then backs away from the banana, with her eating it instead. Watching the blonde eat the banana did get him hard. One day later after shooting wrapped, the cast and crew went to the usual wrap party and Ed was invited along. However this party was more wild than expected. They instead went to a club and the director ordered several bottles of champagne for everyone. Almost everyone was dancing in the middle of the dance floor while under bad lighting.

Ed was drinking from his plastic cup and saw Sydney walk in the club in a long silver dress and was amazed by her. While many guys were eyeing her, because they all saw her topless scenes on the show, only Ed stared a little and did not seem to notice how many of them came up to her for a dance or anything else. Ed was tired and bored after working on set and not receiving that much attention. But it was Sydney who saw how many days he had spent on set and felt really bad for him whenever the director yelled at him. Within an hour within the night, Ed was sitting at a table by himself while almost everyone in the cast was dancing. Sydney saw him, walked to his table and asked him for a dance. Once he got up, the two went into the center of the dance floor and started dancing together. With a few cast members having confused looks on their faces on why a crew member like him is dancing with her.

“So do you like Zen more?” Sydney asked him while they were dancing.

“She’s cool but not everyone sees her the way they do you.” Ed replied.

“Oh please. She barely shows off and still gets compliments. While some motherf***ers on Twitter and Instagram keep sending me dick pics and their friends too on my DMs. It’s disgusting. But some were pretty big.” Sydney said to him. The two pulled closer to each other as they started to slow dance to one the popular r&b songs out now. As they were dancing, Ed started to feel an erection and failed to hide it, as Sydney quickly noticed and slightly felt it.

“Oh my god. Is that a boner?” Sydney said and moved from him. “I knew this was to happen again” She quickly walked away with Ed following her.

“Sydney, wait.” He said as he followed her to one of the backrooms. “I can’t explain.” Before he tries to explain, Sydney then kisses him. She lifts her silver dress slightly down, showing her huge titties to him. Her dress falls completely on the floor just leaving her in her black panties. Suddenly Ed was even harder than before. He unbuckled his slacks and revealed his big hard cock. Sydney then turned around, pulled her panties aside to the left of her shapely ass and Ed inserted and thrusted inside of her while feeling on her thighs. He was somewhat intimidated by her hourglass figure when he first got on set but felt more comfortable even though he had seen her in the buff before over and over. After five minutes, he started to cum and they both let out small grunts and moans as they both finished. As they both were adjusting their clothes there was a knock on the door.

“Hey, I need to get in there.” it was the voice of the janitor although he didn’t hear the noises. The two exited the room and he was confused. Sydney turned to Ed and smiled at him.