by drkenny 11 months ago in fiction

From my POV anyway; all the ups and downs of "side chickery." 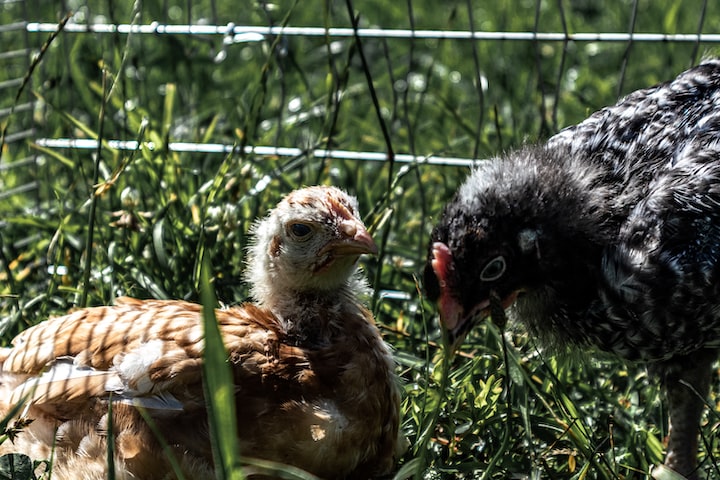 Hi y'all, before we begin I'd like to say that I'm no longer a side chick.

I'm a main chick. For another man anyway.

Hello, this is Roshanda and I'm going to tell you the ups and downs of being a side chick.

When I first found out I was a side chick, it was during my third or fourth date with my ex, Shaun. I was only allowed to come to his house during certain times of the day and certain days of the week.

I got a bit suspcious, so I confronted him about it. He said that his relatives come over frequently and that they don't know that I'm going out with him. He said that he would introduce me to them eventually; but I asked him why can't he do it now. His reason was that they are very strict and wanted to assign him a wife.

I believed that, and let him take as long as he wanted.

We kept proceeding as normal–going on dates, eating out, going to the movies–but that continued on for a few months. I was wondering when he was going to introduce me to his family. He said to wait another month.

Another thing that made me really suspcious was that he didn't want me parking near his house or rining the doorbell because his relatives might be home. I said that I could just make an excuse and say I'm just a co-worker, but he says "they don't play that" and "they'll see through yo disgui."

He also gave me a little black book that gives him his three (burner) phone numbers. (At the time I didn't question it but now I've realized they are burners.)

On Saturday, I decided to go out to DSW. It was sunny, and I had shoes to return. However.

I ran into Shaun and he seem surprised. He obviously didn't expect me to be here, so he asked me what I was doing there. I said I was going to return Uggs, and he said okay.

Then he asked if I'd like to go to the movies later, and I said yes. He also said that he'd return my shoes for me, but then I saw her.

Don't get me wrong, she was pretty. But the thing was, Shaun introduced her as a friend.

Obviously, that wasn't the truth. When your so-called "friend" gives you a kiss on the cheek and "friend" says something along the lines of "hey babe."

Unless you're a celebrity, I guess.

Anyway, I forgot her name because not only am I not associated with those two people anymore but I've only talked to her once, so let's call her Lo'Quandrea.

Lo'Quandrea asked Shaun who am I. Shaun said that I'm somebody he knew from work.

But Shaun and Lo'Quandrea work together, so Lo'Quandrea got suspicious because she's never seen me before.

Plus, from the look on my face, it was pretty obvious I didn't know anything.

So I just returned my stuff and left.

Three weeks later, Shaun sent me a DM on Instagram, saying how he was sorry he didn't tell the truth before and that–

I've changed, baby, I swear! We can be together now! △○□× and I aren't dating no mo! And I don't do crack anymore!

I admit I was tempted into being his main chick, but he probably has a side-side chick too. Plus, he was keeping secrets from me and probably has no family to speak of.

Yeah, no. I blocked and reported him to the Instagram ToS team (or whatever they are) and went on my day. I hope he gets help, though.

I kept dating, of course, but I decided to not listen to men even when they tell me idiot things.

this isn't real, it's fiction