by Rose 2 years ago in lgbtq
Report Story

In Lust With You 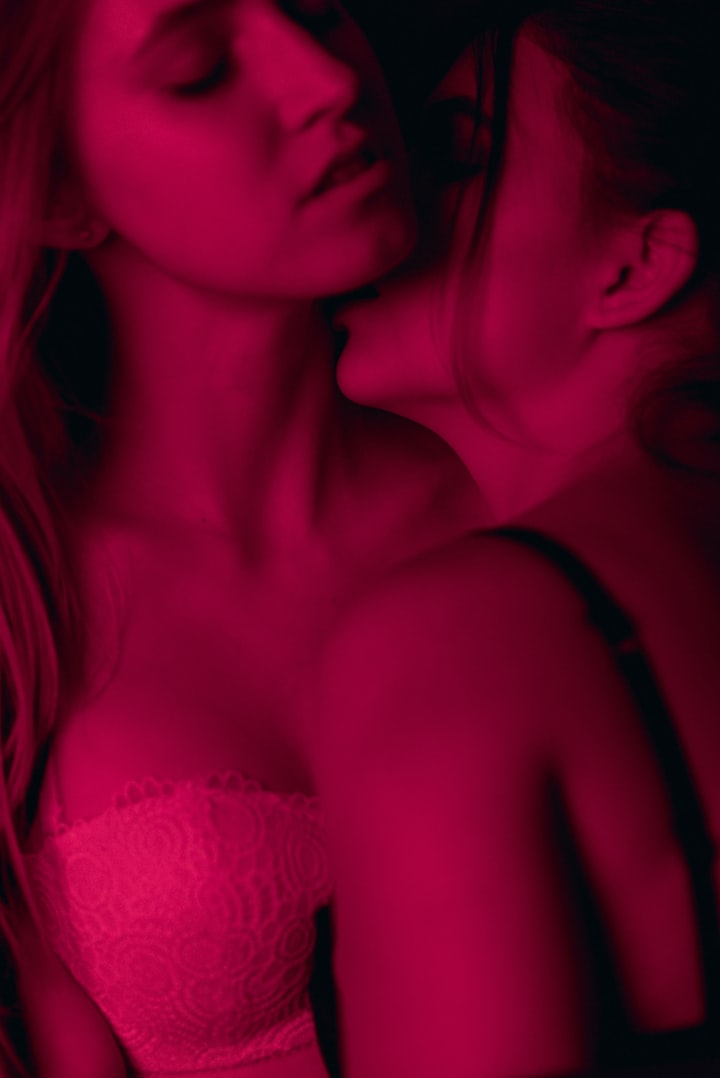 Photo by Roman Khripkov on Unsplash

You walked in the room with a dirty little smirk on your face, I knew you were going to tell me something good.

We were in our second year of university both of us just having moved into our new apartments, we didn't yet know that we'd accidentally,moved into the same block of flats, but as you told me your address and I let a crude OMG slip from lips, as I shouted with excitement 'i'm underneath you', your cheeks flushed a deep shade of red I'd not seen before.

You looked so cute standing there and I wanted to know what had made you so embarrased.

"you're underneath me" you stuttered out.

I gasped, it excited me to no end the thought of you getting off to my satisfaction but I wasn't sure you were ready to hear that yet but, I also wasn't prepared to let this opportunity go unmissed.

I had made my move for now and would wait for her to come to me now.

My phone buzzed, it was her a message splayed across my phone simply saying 'show me', I groaned in approval to her text and began making a little home movie of my own, the camera was positioned at the perfect angle showing off the scoop of my breasts and my exposed clitoris being flicked back and forth by my index finger.

I sent the video after I'd climaxed and soon enough I could hear her groans and I couldn't help but imagine all the naughty little things I would do to her. She didn't stop moaning all night, I must've heard the video play at least ten times, it was still playing as I'd gone to sleep.

The next day when she walked into our calculus class, she seemed different somehow, she had a determined look in her eyes and she was heading for me with such a stealy lustful gaze, her long blond her resting on the top of her cleavage that was begging to be sprung from her top.

There was only the two of us in the room at the moment and thoughts about stripping her and making her climax on the desk were not far from the front of my mind, but she had other plans.

I was surprised when she crawled under my desk, what're you doing I exclaimed the class was filling up now and she hushed me, told me to relax and enjoy, or we'd both be caught.

She crawled out from under the desk and took her usual seat next to me and no one seemed to notice except for the lecturer who was doing a poor job of hiding the bulge in his pants, it turned me on even more that he had been watching us, I wanted to know what dirty little things he wanted to do to me and apparently he wasn't about to wait to do them.

He asked for us to wait behind after class and we did, he went towards the door and locked it and I took that as my que to strip and he approved, he was on me like an animal in heat, his hard cock already let loose from his pants and he bent me over the table-pounding into me from behind while she sat and watched as my big breasts bounced up and down with every thrust, he told her to strip and she did and then he demanded she sucked my clitoris so he could see the time. He liked to spectate, he removed his still hard cock and she replaced it with her mouth.