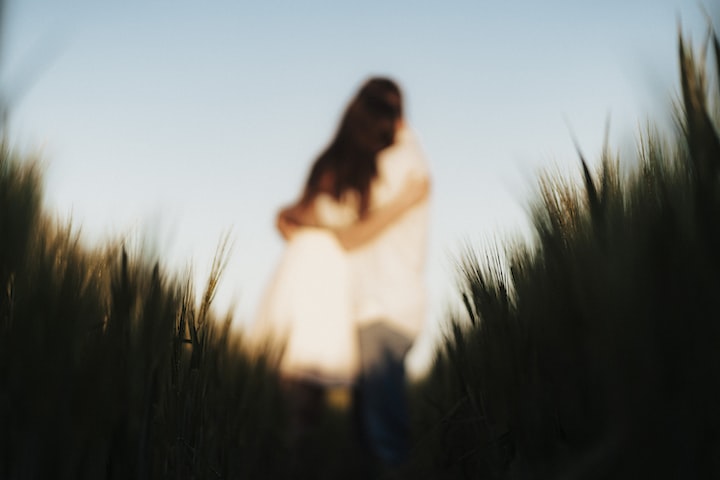 Photo by Sebastian Mark on Unsplash

Was this all part of his master plan?

He loved to get me riled up to make it up to me later. Being unsure of his motives had my anxiety on edge. The water rocked steadily against the yacht he bought and named after me. I thought the notion a bit too cheesy but my cynical side had gotten the best of me more times than I'd like. He was a good man. A terribly good-looking man, with a smile that could force my thighs to quiver within seconds with just one look. And he was currently using that smile to get into my good graces.

Did he really think I'd forgive him so easily?

"What are we doing here? This is a private island," I mentioned as he ushered me off the yacht and intended on keeping my petite but curvy frame close to his hard body. As soon as my feet hit the sand, I removed my hand from his and took my personal space back. He looked disappointed. I tried my best not to care.

"Do you remember that big project I've been working so hard on?" he asked as we walked up along the beach path leading to who knows where. The thickness of the trees didn't give much away.

"No, I don't recall," I answered sarcastically, folding my arms as he sighed and stood in front of me. I had no idea what his deal was tonight but he had another thing coming if he thought I would just forgive him for missing not just our weekly date nights, but the big birthday bash I had spent months planning to make his thirtieth birthday special. I did not leave the single life to spend it shacked up with a workaholic. An undeniably sexy workaholic who knew how to make strawberry cheesecake just how I liked it. While his baking skills had saved him from execution several times, I couldn't deny the chemistry between us even if I wanted to.

I could feel it even when every bone in my body screamed for me to run. I could feel it now. Being inches away from him didn't help dismantle the anger that had been bubbling up inside me for months now.

"You love me." It wasn't a question. It was a statement. A statement he believed he could use to persuade me into lowering my guard down long enough for me to look beyond the hurt and the pain he'd been causing as of late.

"I love a lot of bad things." And I loved him the most. He paused for a moment and lowered his gaze to his feet before he returned to me. Moving closer, he attempted to reach for me but I stepped back.

"I want to show what was worth hurting you," he answered as he pulled back and led me into the heart of the island. The awkward silent walk took us less than ten minutes to complete before we reached our destination. Beyond the trees stood a breathtaking house, made up of all the bells and whistles any woman could ever wish for. Every detail I ever mentioned to him, from the carving of the windows to the colors of the exterior, was there. I had no idea what to say.

"This is what I've been building for you all those nights when I've been away from you, from us. I wanted it to be a surprise and you're not big on surprises so I--" I shut him up with my finger and then my lips. It wasn't forgiveness but gratitude. Or at least, the beginning of it.

"I love it. But if you cancel on me again to build me a house, I will kill you," I warned with the sweetest of smiles. He nodded and reached to cup my face into his palms.

"No promises," he murmured against my lips as he began kissing me softly, while his hands reached to pull my shirt over my head. I was bare before him within minutes as we made our way to the front door. His clothes were next after we entered the beautiful home. I pried away from him to glance around and take it all in. It didn't take him long to press me up against the nearest wall. I could feel how hard he was for me. How much he'd been wanting me. I reached behind me and began to stroke him as he kissed my neck. His eager fingers slid down my thigh and trailed up to the juncture leading up to my slick folds. I took in a breath before he slipped a finger inside, then another, and began to toy with me. I released my grip on him as he positioned himself inside me from behind and held my hands hostage above me.

He stroked my clit while he pounded into me. Desire and desperation pooled at my center as we increased the pace. He flipped me over once he felt me tightening around him and kneeled before me. He winked at me. A smile formed on his wicked lips before they disappeared inside me. His tongue lapped and circled, teased, and drank from me until my body shook from the delicious release.

My body still hummed with lecherous need as we rolled onto the floor in laughter and kissed. My fingers weaved into his hair, while his cock grew as he teased my opening. He drove himself inside me slowly at first, biting my lower lip as he reached to pinch my aching nipple. Then he plunged into me harder, quickening his pace, forcing all coherent thoughts out of orbit and all of the salacious sounds to escape my lips.

He looked at me. He smiled briefly. And stopped his movements before resting his forehead against mine. He was sorry. I knew he was. And his body was about to spend all night trying to prove it to me. He was a generous man with the biggest heart I've come across in a long time. My only wish is that we leave behind days filled with friction and blossom into seasons of silk.

On the other hand, we wouldn't have nights like this without the thorns and honey.

"Did you make it?" I whispered to him in excitement as he resumed his thrusts and torture of my body. He chuckled and kissed me before fucking me into another mind-numbing orgasm. He pulled me into his toned and warm body, wrapping his arms around me and I held onto him. He smelled like the ocean. The aroma of the salt water and the sand flowing throughout the home and the musk of his amber-scented cologne was arousing me to the point of no return.

"I built this house for you and all you care about is food?"

I grinned, confirming his thoughts.

"You knew what you were getting into before you married me. Now, where'd you hide the strawberry cheesecake?"

More stories from Sharlene Alba and writers in Filthy and other communities.