by Zeddicus Zane about a month ago in fiction
Report Story

A Tale of Reunion, Sex, and Soul Shattering 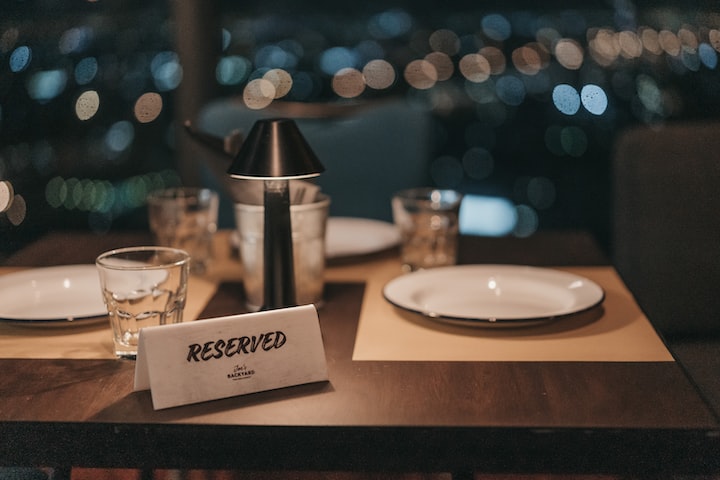 Photo by Hitesh Dewasi on Unsplash

One day I was coming out of the gym

When I met a model going for a swim

She was killing in that bikini and thong

While singing that Don McLean song

So I took a chance. Went out on a limb

I noticed that she was green eyed

So I said that I was mesmerized

She snorted as she laughed

And said that was a tad daft

But she still invited me inside

She said her friend ditched her

But she still needed a timer

I told her that I'd love that lots

Afterwards I took her to a diner

The establishment had to be right

One that would provide candle light

The correct mood needed to be set

Just enough to get her a little wet

And to extend this little date night

She was funny and had smarts

As she talked about flow charts

I was surprised at how we jived

And how she just let it all ride

But in the water she really darts

Then all of a sudden, she asks

What do you think of my ass?

Confused, I wonder if that was a trick

Or if she just wanted some dick?

Nervous, I asked if I could pass

She smiled and asked "are you shy?"

I said "I love ass as much as the next guy"

"But your motives are questionable here"

She said "I'll tell you a secret for a beer."

Next round comes and she gets sly

"I saw you once before" she said.

"you said nice ass but then fled"

"And I wanted to say thank you.

But where you were, I never knew,

So I came there every day" she said

"Well you're cute, and have good taste."

She said, with a big smile on her face

"its not like me to be the one to chase,

But I think our paths are interlaced"

"I too don't believe in coincidence,

And our connection is really intense"

"I can believe i'm doing this" she said

"But I really want to take you to bed.

We decide to give it a shot

And set out to test fate's plot

We exit into the dark of night

But her touch blew the street light

Our paths, now with danger, fraught

We go back to her place to try again

Kissing her makes it really begin

Touching her lips sends out pulses

And increases our sexual impulses

And raising the hair on our skin

When she touches me, the lights go out

But we continue to touch and mess about

We hastily strip and stumble to her bed

She climbs on me with hands on my head

And slams down on my one-eyed trout

I can feel the energy surge

As our bodies finally merge

She arches as the energy increases

And rides my dick to utter pieces

I know that she's on the verge

Its still silent and pitch black,

I dig my nails deep in to her back

She screams out "oh shit!"

So i reach down to her clit

but touching her causes a crack

The crack of lightning rings out

Then the flash does come about

as her orgasms start to occur

I explode my juice into her

As the strike hits us throughout

We wake up the next day to the news

That houses lost power in slews

But we just roll over and cuddle

Before we try to decipher the muddle

And tend all the many a bruise