The snake and the hare

by Angelina F. Thomas about a month ago in fiction
Report Story

The snake is very hungry, he is a python breed, colorful but hungry. 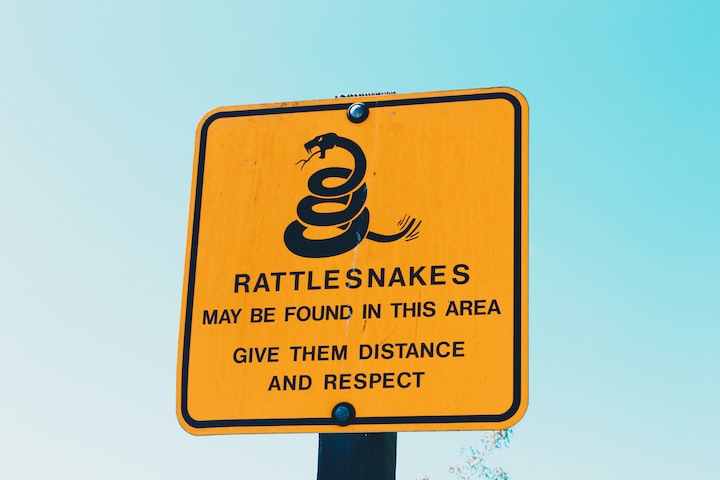 Photo by Zach Savinar on Unsplash

The hare was hopping jolly as hell looking for bugs and flowers and roughage to eat. He skipped and jumped over the hills and through the woods, praying he does not get eaten by a huge python, much to small of an animal for a anaconda to eat so he is worried about the python. The python would squeeze the poor rabbit until he can digest it in one gulp, poor animals and what they go through being at the bottom of the food chain. This one time the python named belch-like-a-hog tried to confuse the rabbit with a rainbow and pot of gold, the bunny was not going for it though. He was like, what you bastard that is hilarious, I know there is no such thing as this. The python Belch-like-a-hog wanted to eat this precious bunny so bad because he thought that the bunny named Rainbows-and-Unicorns would give Belch-Like-A-Hog magical powers. The anaconda named son-of-a-belch kept trying to warn the python, and said "If you keep busting on my turf I will eat you! You will be dead as a door nail you hear me?" All Belch-Like-A-Hog wanted to do is eat Rainbows-And-Unicorns to possess Rainbows-And-Unicorns alleged magical powers to therefore cloak himself as another animal so he can eat like a pig, oink oink, Laugh out loud. The python wanted to cloak himself as other animals, like a bunny or a turtle, or a snapping turtle so when he snatches up his pray he really scares them to death right before wrapping himself around the poor animal then squeezing the life out of them breaking and cracking their bones and making them scream in pain before he has them ready to comfortably fit in his jaws to be digested, nasty rotten snake, ugh. Bet them snakes love it when they get snatched up by a bird like a falcon or eagle or something ready for some snake meat. The python named Belch-Like-A-Hog went after small birds, big birds, deer, elk, anything he could eat, but he still has not been able to snatch up Unicorns-And-Rainbows which is really beginning to grind Belch-Like-A-Hog's gears big time. Belch-Like-A-Hog is so mad he began to cry out and scream, he said, "Hot damn it that rabbit if it's the last thing I do I will eat that bastard." He just gets angrier and angrier trying to get a bite of that bunny Unicorns-And-Rainbows is being like "Hell nah that son of a bitch is not gonna get me, catch me if you can Belch-Like-A-Hog!"

More stories from Angelina F. Thomas and writers in Filthy and other communities.