The Birds and the Bees and the Knights of Columbus

by Gerard DiLeo 23 days ago in fiction 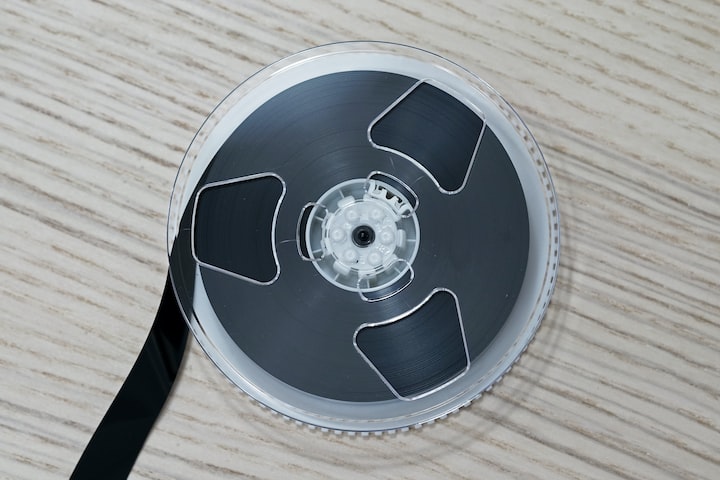 No one knew why there was a box with an electric muscle massager in the large junk draw of the laundry room. Whether correct or incorrect, my little brother and I assumed it was for massaging muscles, like it showed in the pictures of happy, beautiful people using it all over their bodies. Greg was an inquisitive type, and soon we had plugged it in and were using it to massage all of our muscles, just like the happy, beautiful people, until...

Blame it on the Y-chromosome, perhaps.

...until we discovered an undocumented feature for the electric massager. We knew we had come across something entirely new and unheard of. None of the beautiful people in the pictures were using it this way, so it was certainly our discovery for the bragging rights. We deemed it of such importance that the whole world begged notification.

"Yea, he's gonna love this." Greg ran down the shouting for him. "Dad! Dad! Come see this. You've got to try this." Dad followed him toward our bedroom, in paced grownup steps that lagged frustratingly behind Greg's bursting pace. When Dad arrived at our bedroom, there was Greg lying on the bed with the muscle massager plugged in at the ready. As his big brother and co-discoverer, I could only beam with pride and admiration for our cleverness.

When Dad saw Greg click on the device and then move it toward the undocumented feature's "location" on him, his eyes saucered. He stammered.

"D-don't do that!" he blurted--it was a spinal reflex from his eyes to his mouth.

"I'll die?" Greg asked, a pallor of fear descending upon him. To this day, I'm convinced Dad considered telling him he really would die, but Dad would never do that. Still, it was a way to tidy up a father's conundrum on self-stimulation and settle the matter. At least until the priests got a hold of us.

"Just not that muscle, right?" Greg asked, thankful he had dodged the bullet that could kill him.

"I suppose," Dad answered. Greg and I exchanged a confused look. Death and supposing weren't interchangeable; they weren't ever used together in a sentence. Shouldn't this tragedy be featured prominently on the box with the other pictures? A person there all dead, plug-in suspect in situ, with a big, thick red "X" overlay on the picture?

"Wait right here," he told us, then reached for the massager and snatched it away from Greg. "I'm going to go get something that'll help. We wondered, Could we have our cake and eat it, too? The undocumented feature, but without the death? Probably a painful, lengthy death riddled with guilt and remorse.

He walked away, massager in hand, down the hallway, its cord dangling to the floor. We waited. Then we heard some clumsy handling of an apparently large and cumbersome something. After a moment, Dad re-entered our room carrying a weird-looking suitcase. He placed it on the floor and unbuckled the two clasps that held its front and back enclosures together. Opening it, there it was: a state-of-the-art--for the 1950s--Webcor-2100 vacuum tube reel-to-reel tape recorder, complete with one empty reel, ready for uptake. We snorted in surprise. We didn't even know we had one of these. This day was one of amazing discovery.

Dad pulled out its cord and plugged it in. He had a small 7x7-inch cardboard box with him. He opened it and removed a plastic spool of audiotape and sat it down, like a platter, on one of the two posts of the Webcor. He carefully pinched the end of the brown tape, flecked by loss of oxide, and dragged it through the track which itself was discolored by oxide debris over many listenings of Guys and Dolls, Singin' in the Rain, or works by the Gershwins or Rogers & Hammerstein. He clicked the switch, powering the machine on, and turned the dial to play, whereupon the feeder reel engaged with the take-up reel across the tape heads with the spinning of a likewise oxide-stained rubber capstan.

Whatever this was was all about, it required privacy.

"Take my wife--please!" the man on the tape said, to thunderous applause, whereupon began a rapid fire sequence of one-liners, many of which were either too fast coming or too adult for us. "I take my wife everywhere, but she keeps finding her way back." Again, applause. "My wife dresses to kill. She cooks the same way."

After about fifteen minutes, the tape ended, flapping on the take-up reel which spun without any concern for any remaining oxide that flew off the end of the tape. Dad came in and reached over to stop the machine with a click of the control. The reel spun down to a standstill.

Greg and I looked at each other. We didn't think anything. We loved Dad. We didn't want to hurt his feelings. Obviously he had wanted us to hear this very badly, since it was important enough to interrupt the bodily discovery of a lifetime--to us, anyway.

"We didn't get it all," Greg said. I shot him a dirty look. So important to Dad, I knew this recording had to be appreciated out loud, even if we were faking it.

"Even so--" I began, covering for Greg's inital gaffe.

"Not everyone understands it the first time," Dad interrupted me with a reassuring smile.

"Even so," I repeated, "we thought it was really, really, really funny." The audience thought so, so this should be the right affirmation Dad was seeking from us.

"Yea," Greg agreed enthusiastically. "Especially the part about the wife--all the things she did."

"The wife? The things she did?" Dad asked. I saw on him an expression unlike any Dad expression ever emoted in all of Dad history.

"Yea, this wife did all kinds of things," I added. "You shoulda heard."

He turned and shouted out of the room to Mom, "Your turn!" There was no response.

The muscle massager disappeared until I found it in its next hiding place years later, in the garage under a box of old Life magazines. The power cord had been yanked out of it. I also identified the box that had held the tape there, too, that prepubescent day so long ago. It was the same plain white cardboard box, but yellower; penciled across the top of one side was, "Knights of Columbus Sex Education Instructional Media for Adolescents, Aged 14-21."

The massager was dead. Henny Youngman was dead. The topic of sex, however, was alive and well, all the way back to the time my father had failed in a traditional role that came with the job. The magic of sex--I had to hear all about it from a guy in my class named Biff.

To this day, I wonder where the actual Knights of Columbus sex tape was. In a fair world, it would end up being played on stage as a 15-minute set at a comic venue, where I'm sure it would be just as hilarious.

Retired doctor writing full time now in Phase II of his life. Born of pansavants and suckled by celebrity Hollywood wet-nurses, I've seen it all. "Reasonable persons should have no reason to people reasonable worlds." Ing sping DiLingo.