by Pete Symes 10 months ago in nsfw
Report Story 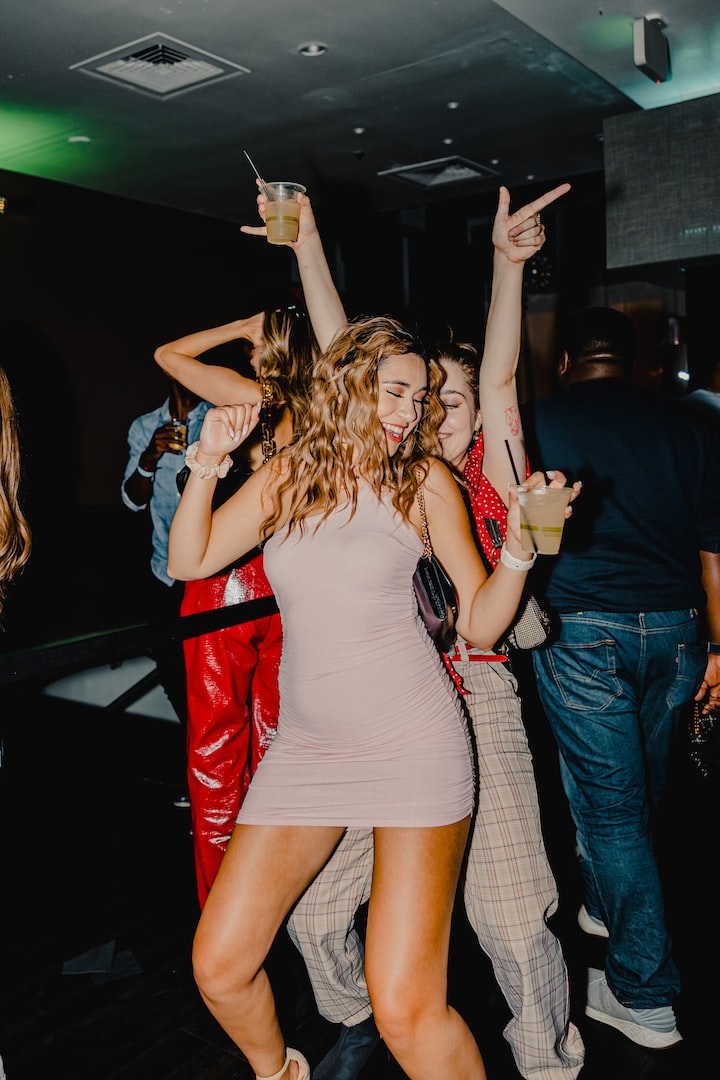 Rene and I spent a great holiday weekend together. I could tell she was burned out from university. I hope after this weekend she is not burned out from me. We were at each other like the two healthy nineteen-year-old animals we are. For a change Rene was as hungry as I. I liked it. That pursued damsel giving in to her boyfriend’s base desires can get old.

From the time we woke up enwrapped in each other Friday morning until this Sunday afternoon it seemed as if when we weren’t fucking, we were either eating or bathing in my homes claw-foot tub. Okay, we had fucked in that tub many times before this. Whoever placed that tub in the center of that tiny bathroom was a genius. It became a prop as all the scant furnishings in my coach house abode had become for this holiday weekends grunting groaning moaning fuckfest.

The only break was Fred’s annual Holiday party on Saturday night. He hosted one for years. His house was always the one with the scarcest adult supervision and that tradition continues. Time was Rene and I would have stayed overnight for the after-party party to make use of the upstairs spare bedroom. But now that I have my own crash pad, we left those accommodations to be used by others this year.

With all the old friends and flames of mine at this party it was a test of my new found vow of fidelity. I must admit some women from my past, fact and fantasy, life might have crossed my mind as Rene serviced me upon return to the coach house that night. The view of her long blond hair as it fell across my stomach as Rene took me into her soft wet mouth would banish all but adoration for Rene and Rene alone. Not to mention the sight of how intently and unabashedly she studied my dick with large blue eyes as she slowly stroked it and brought me to full attention again. No longer rushed and clandestine sexual encounters in semipublic places or familial homes where such acts were never admitted to. We had the time, inclination, and wherewithal to wantonly explore our solidifying desire for each other. That was as alluring as any old phantasms that flounced in my head. Visions of girls I had lusted after previously. Some which had even satiated that lust. Far too few in reality.

Looking back at the party now I have to shake my head in wonder. Not only did the usual suspects, from Helen’s friend Eileen to Fred’s younger sister Judy seem to be drawn to rubbing against me like cats in heat whenever Rene was otherwise occupied; even new enticing bits of strange seemed to be on the sniff around me. Each young woman was generously blessed with large breasts and seemed to want to make the discreetly pressed points that Rene was not. Where were such attentions when I went stag to these occasions? Even Helen was much more touchy feely with me than ever, until she remembered herself with the aid of my fidelity to my best and oldest friend Fred. All this in spite of, or because of, the chemical enhancements available at this party. I have done alright with women in the past, but on this night, there were open invitations from places where doors had always been shuttered tight before.

As I positioned myself behind Rene’s deliciously upraised heart shaped rump for a final multi-angled ravishing of the day; her only comment was, “So are you going to fuck me into oblivious slumbers yet again tonight.”

“I shall do my best sweet Rene.” I said with firm resolve and impaled her again and again upon my rigid staff until that post coitus black curtain fell.