When good things turn into a playdate. 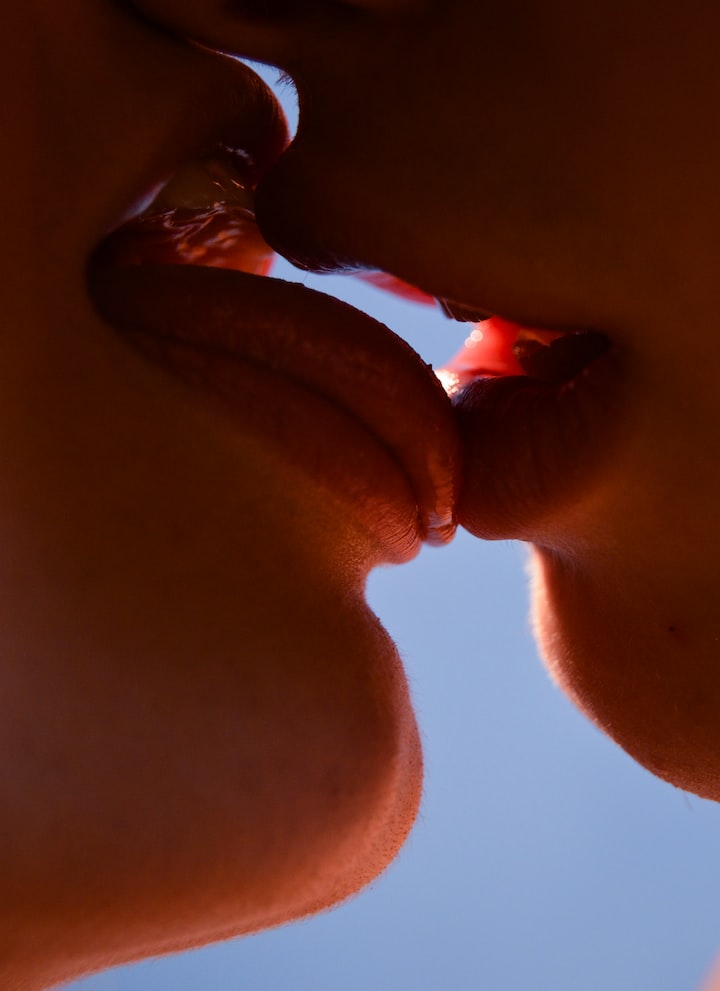 Photo by Mia Harvey on Unsplash

She had been stood up too many times before, so she told herself that she wouldn’t do it again. Blind dates were the worst. Yet here she sat at the bar with an amaretto sour in her hand. It had been awhile since she’d gotten out, and it was obvious by her choice of “blend into the crowd” attire. It was a new place and new faces, but similar décor as all the other gay bars out there. They had rainbow streamers over the bar, rainbow colored lights spiraled up and down the pillars, rainbow napkins and the like. All sprinkled over the same old faded oak and dark paneled walls. The bar stools were newer, with red vinyl tops. At least they were comfortable. She thought. She looked at her phone, it was ten to eight. She should be here in about ten minutes. She was nervous, she hadn’t been on a date for some time for good reason. She felt awkward and a little bit rusty. She kept checking herself over, wondering if she underdressed for the occasion. She ordered another drink as the bartender passed by again. The crowd started picking up and so did her nerves. She glanced at the time again, two minutes past eight. She looked around the room for a woman with red hair about mid-way down her back. She had told her she’d be wearing a denim jacket.

After scanning the room twice over, she spotted her walking in. Her fiery hair was twisted into a thick braid that rounded her shoulder and hung over her right breast. Her denim jacket was only buttoned at the bottom, revealing a black shirt with colorful writing… all sitting atop blue jeans and black Chucks.

I’ll have to check that shirt out later. She was feeling better about her own clothes now, her black jeans and a graphic tee, yup, just the typical everyday outfit. They’re basically like a comfort food.

She waved to get her attention and stood up. The woman smiled and waved back at her as she headed towards the bar. As the space between them narrowed, both of them outstretched their arms and closed in for a firm, yet soft, short hug.

“Tara, I presume?” She said to the redhead. “I’m guessing that would’ve been an awkward hug if you were the wrong person.”

Tara laughed, “You’d be correct, on both counts. And I can presume that you are Wren?”

“The one and only, yes.” Wren said while half bowing jokingly.

Tara waved the bar keep down and ordered a jack and coke.

“Looks like I need to step up my game here.” Said Wren. She looked at the keep and said, “Same.”

The two ladies sat side by side on the red topped stools. The conversation was as smooth as the drinks. So much so, they both went fast and easy. They felt very comfortable with each other and soon the focus turned to the music. Wren took Tara by the hand and pulled her towards the dance floor. Once there, they faced each other. Wren noticed that Tara was a couple of inches taller than her, which must’ve made her about 5’11”. Being shorter wasn’t something Wren was used to. It was different but nice. They had stepped onto the dance floor just as a song was ending, and as luck would have it, a slow song followed. Wren then placed her hands on Tara’s hips and with slick and skilled moves, pulled their bodies, with hips and breasts, tightly together. Tara’s eyes brightened and her smile grew wide. She threw her arms around Wren’s neck and gripped her own wrist to lock them together. Their bodies started to sway together. Wren’s hands started to slip south, their pulses began to race and their breath grew heavy in their chests.

Somehow the crowds faded away and it was just them. Wren’s hands were cupped under Tara’s ass now.

Tara loosened her hold and ran her fingers up through Wren’s hair and gripped a handful of it at the base of her skull, and with a firm squeeze, ignited tiny sparks that zapped their way through Wren’s body. With her head angled back, from Tara’s grip, her mouth had fallen slightly open. Tara noticed her plump, wet, red lips, and sensually ran her tongue along the top lip. Wren almost went limp, but caught herself and pulled Tara tight to her body. She couldn’t remember the last time she felt this good.

They danced their way over to the wall for much needed support. Tara took Wren’s hands and gripped her wrists, putting them high over her head and against the wall. Tara licked Wren’s top lip again and continued down to lick her bottom lip, then sucked it into her mouth. Wren’s body quivered and twisted into Tara’s.

Tara took Wren’s wrists into one hand now and used her foot to widen Wren’s stance. She put her other hand between her legs and could feel through her jeans how wet she was. Wren’s pussy was throbbing and getting wetter from Tara’s touch. Tara slid her hand up the damp jeans and found the button. She popped it through the hole and worked the zipper down. She then slipped her fingers under the waistband of her silky panties. Wren moaned with delight. Tara leaned in and overtook Wren’s lips with her mouth as she plunged her hand further down and between her thighs. Her fingers glided through her wet lips and across the tip of her sensitive clit. Wren’s body practically convulsed at the touch. This heated Tara up, and they both moaned into each other’s mouths as their tongues danced around the other’s. Kisses were fired upon both of their necks, lips, jaws, earlobes and anywhere else bare skin was found. Tara’s fingers were working their magic, twisting and turning, plunging deeper then shallow. Wren couldn’t keep her knees from buckling too much longer. Tara loosened her hold on Wren’s wrists and her hands fell to her sides, placing her palms on the wall for support.

Tara leaned against Wren and lowered her lips to her ear. She nibbled on her earlobe. Then whispered “Let’s finish this at my place.”

A rush of sparks electrified Wren’s body again. Just the whisper alone was powerful, but add what she said, and that was fire.

Some resemblance of sound was returning to their ears. Like they were slowly coming out of a soundproof room. The music had returned and they were suddenly aware of the crowd around them. Wren discreetly fixed her pants while still out of site, behind Tara. They looked around and saw that no one was really paying much attention to them. They both let out a little giggle, grabbed their things and headed for the door.

More stories from Shannon Burger and writers in Filthy and other communities.