by Pete Symes 9 months ago in fiction
Report Story 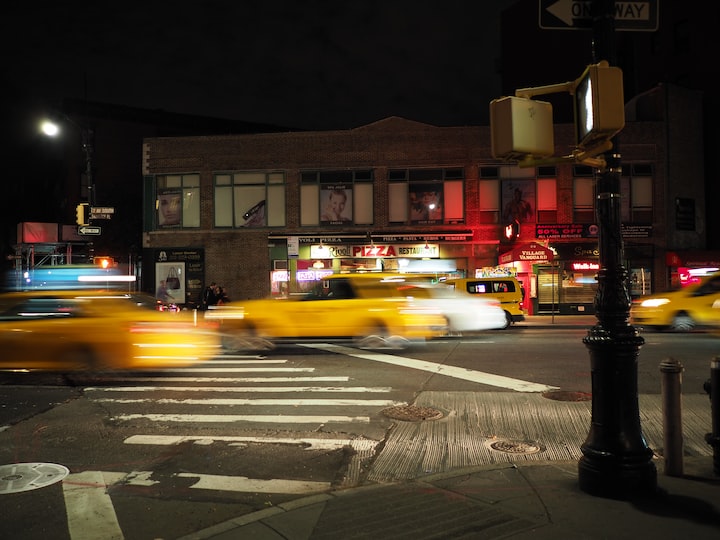 Photo by Jongho Lee on Unsplash

Jim and I had flown in first thing that morning from Los Angeles. Since we came into Chicago that meant we did not get to the editing house until early afternoon. The editors had received the rushes first thing in the morning so by the time we arrived materials had been synced and were ready to screen. We watched, added our two cents and then left the editors to do their thing. We met up with Jim's girlfriend Lynn. We had both known her for years. I was on my own these days after the destruction of my own eleven year relationship with my career. Lynn and Jim were a newer item with Lynn still tolerating the vagaries of having a significant other in the advertising business.

It had been a long day already but that never stopped Jim or I from living everyday to the fullest. We had nowhere to be until Monday, Jim and Lynn had been parted for about a month so we celebrated as only the young and dumb celebrate a mere month of separation. JIm celebrated to excess as usual.

Lynn knew she would need help getting Jim home, so she made sure I did not leave without them. But on this night as Jim slowly drifted off into a bar room snooze, Lynn drifted closer and closer to me with more than her usual penchant for physical contact. Certainly more than necessary to ensure that I remained on as a drunk assisting another drunk with a third drunk in tow.

I also have to confess the thigh, hand, and eye contact that night might have put the idea into my foggy little monkey brain that tonight may be more than the usual help Jim up the stairs to bed in the evening.

We installed ourselves on the sofa and sipped our late night / early morning cocktail. We were comfortable together and chatted easily as long time acquaintances do. But as I watched her watery blue eyes sparkle in the light, her delicate fingers tipped with red nail polish bring the glass to her large luscious mouth, and her throat swallowing the intoxicating liquid; I could not help but notice her small breast reveal itself as she leaned forward to place her glass on the coffee table. It was then I noticed that her nipple was quite erect. A state they had not been in earlier this evening. It was not the first time I had checked out Lynn's tits that evening. Lynn rarely wears a bra and I confess to a long infatuation with her frame. As Lynn leaned back she also became aware of where my eyes were. Before I could register embarrassment she leaned back and stretched on the sofa like a cat making both her erect nipples very evident through her light blue striped button down shirt. My eyes were not going anywhere now.

Lynn shimmied her shoulders and upper torso around a bit for final effect and said, “I don’t know what feels better. The fabric of my shirt rubbing against my breasts or your eyes glued to them.” The smile she flashed me after that is a thrill I will hold dear forever.

The blouse was open. Now so was the invite