by Jason Morton 4 months ago in lgbtq 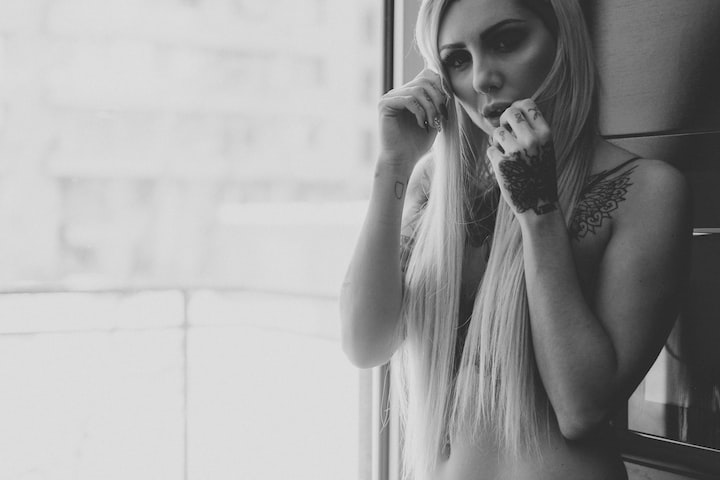 We ended up spending most of the weekend bouncing between the risqué bars and night scene of the Portlandia district and our hotel. Shelly had proven to be the most adventurous lover I could hope to find. The years I dreamed of being the one in her life were worth it, the wait had paid off. Now, here we were, getting to the end of our weekend getaway, and I wondered what was going to be next. My answer was soon to reveal itself.

"So, we don't live that far from each other. Do you want to…" she stopped, unsure of what I might say.

Before I had a chance to think about my answer, I immediately asked her to meet me next weekend. I lived in Valprayo, a small town in Northern California. It would be a four-hour car ride from her place.

"Why don't you drive up and see me next weekend?" I asked, hoping it was what she wanted to hear.

"Yes!" she happily answered, clapping her hands together like an excited teenager.

At the train station, we separated. There were trains going to both my hometown and hers so it didn't make sense to travel any other way. The entire ride home, as I enjoyed the passing scenery, we sent texts back and forth. Shelly asked me how long I wanted her to stay. As an internet content creator and moderator Shelly could bring her laptop and work from wherever. I was particularly excited by the possibilities of her flexibility leading to more between us. The train ride lasted for three hours on my side and an hour longer on hers. We had all week to talk by phone and text but I hated saying goodbye as I had to get a cab and get home before my neighbor brought my dogs, specs and scooter back.

I considered having Shelly at home with me, my little plaything would be there to play with all weekend again. She hinted that she could stay longer. I was already considering her visit going on for a few extra days. Before going back to work, I told her that I wanted her to send me pictures every day. She asked for details so I made her promise that she'd be naked in all of them.

On Monday, I was sitting in a meeting when my phone chimed. It was a picture message from Shelly. I opened it up and she was in her back yard, standing by her fence, completely nude except for sunglasses. It made something stir inside me as I quickly turned my phone face down before the three others in my division noticed my excitement. After the meeting I hurried back to my office, shutting the door and locking it before lifting my skirt and rubbing my clit. I was open, but to masturbate right there at my office desk was something new for me.

Tuesday rolled around and it was nearly four o'clock. As I was finishing up a report my phone went off. It was Shelly. She sent me a video of her sitting at her computer. She looked like she was working. The advantage to working at home for her, she could do it in the nude. She looked adorable in her Gucci framed glasses with a pencil behind her ear like a naked school girl. Oh, my god, I thought as I sat back in my chair, my hand instinctively finding my crotch. I pulled my panties to the side and rubbed my pussy until I started getting wetter. Putting two fingers in my hole I raised my legs over the armrests and finger fucked myself to an incredible orgasm. I was at it for long enough I didn't get off work on time.

Wednesday and Thursday went along the same way. I went to work, we texted and talked when we could and at a point during the day I would get a message from Shelly with a picture or video of her doing everyday things around the house. I couldn't decide if the fact she was sending me nude pics and videos was what got me so hot, or the fact that she was doing it because I told her too. I did enjoy or little weekend escape and loved the power she gave me by doing whatever I wanted, by getting naked on demand. I decided that I would challenge her so I sent her a text before going to bed.

ME: Tomorrow I'll be at work and you'll be driving up here. Since you promised to send daily messages, I want you to drive up wearing nothing but an overcoat. Send me a photo of you with the coat open, from wherever you stop. Enjoy the ride, love Max.

"Oh shit!" I sent it before giving it any thought. Love Max! What was I thinking.

At lunch the next day I was thinking about the message I sent to Shelly. Would she read too much into it? Would it scare her off? As I was worrying myself to death, my phone went off. I grabbed it out of my purse and looked at the screen. It was from Shelly. Nervously opening it, there was a picture of her, her long blonde hair blowing slightly as she opened her coat in front of her Explorer. She was in her driveway. I read the message.

You little vixen, I thought as I realized she used the same ending to her message. In the black overcoat, with her blonde hair and sexy tan complexion, it was one of the hottest pictures of a woman I'd ever seen. Throughout the course of the day I got three more messages. The final one was of her next to the sign entering the city limits. I read the message.

SHELLY: I'm only about twenty-five minutes away.

I was excited. I had just gotten home when the message came in but had time to have a quick shower and open a bottle of wine.

I was just getting dressed when I heard a knock at the door. She was there already. Excited, I pulled my tee-shirt over my head and went to the front of my house. I opened the door to quite a surprise as my greeting was wasted.

Much to my chagrin, the person on the opposite side of the door was not Shelly. It was my neighbor, Samantha. She was bringing my dogs home. I felt a little embarrassed, wearing just a tee-shirt and panties.

The dogs rushed into the house as Sam came in. As the dogs found their spot in the living room, both of them jumping up onto the love seat, the traditional spot, I thanked Sam for bringing them.

"They were perfect little angels. I really enjoyed having them around today."

"I really owe you one," I told her, trying to hide my irritation as she came in and sat down. Visiting just wasn't in the cards today but how could I tell her to leave.

"Champaign," she gleamed, referring to the bottle I had out for Shells and I. "You're celebrating being home."

"Yeah," I told her it had been a very promising week.

"Well," she smiled, sitting on the sofa. "Come on, pour me a glass and spill. I want to know everything."

I looked at my clock and thought, one glass and an abbreviated version wouldn't hurt anything. I poured us each a glass and sat down next to her. I told her all about a big deal I put together for work and how it would attract a new contract with a big revenue stream. It actually might mean a promotion was in the cards. We must have talked longer than I realized. Before I knew it, I heard the front door creep open. A voice called out. Shells was here…shit.

Before I could say anything Shells walked into the front room and I realized immediately as she came around the corner, she had already taken off her coat. There she was, yelling I’m here, wearing just a pair of thigh high boots. If Sam didn't know I was into women before, the sight of a sexy blonde in just a pair of thigh high boots, yelling hey baby, is this how you wanted me, certainly meant she knew now.

"Um…" I said, getting up and going over to Shells. "This is Sam, my neighbor. She watches the dogs for me."

Shells half-covered herself up as she said, "Hi."

Laughing, Sam half turned her head, checking Shells out with one eye. I knew Sam was a good sport but a naked woman walking in calling me baby turned her face a pretty shade of pink. The awkward silence was painful until she finally decided to speak.

"Maybe I should go," said Sam.

"Don't worry, she's not shy. Sam, this is Shells, the person I met in Portlandia," I explained. I patted Shells on the ass and told her to come meet my neighbor. Shells, the insatiable show off that she was, decided to kick it up a notch.

Walking across the room and sitting right next to Sam, Shells gave her a hug, telling her any friend of Max's was a friend of hers.

"I think I'm going to need another glass," Sam said, pouring one as she looked at me, questioningly. My new life invaded home.