Pop-corn and a Three-way Anyone? 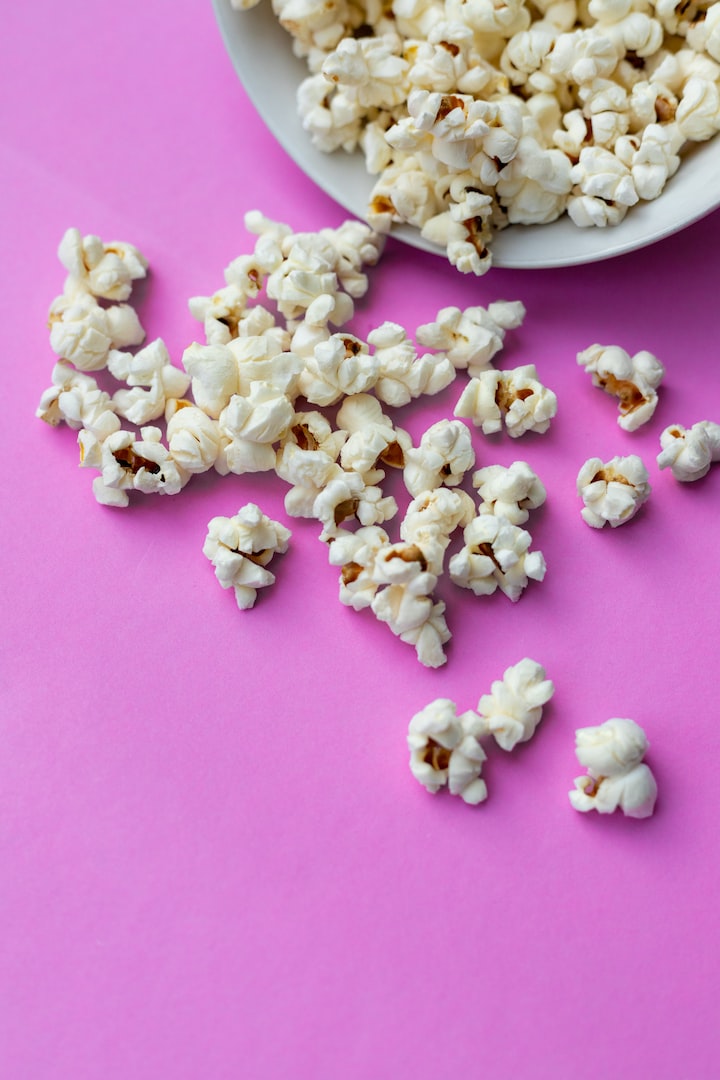 Photo by Yulia Khlebnikova on Unsplash

Okay, it isn't really that bad. Just your typical wild 20-something city-girl lifestyle. So this one time I was seeing this guy. We will call him Adam. We hadn't been seeing each other very long and a bunch of my friends and I, and he and a bunch of his friends were all going to meet up for a night of general debauchery.

We all meet up at the bar. Now I was wearing a short skirt, like Brittany Spears-circa-2006, short. I did not exactly realize this until much later. Also, none of my friends felt the need to let me know just how short it was and that maybe tights or something would have been wise to accompany such attire.

The night starts off normal enough. We were all drinking. Heavily. At a speakeasy style bar in Boston Seaport. At around midnight, my friends and I made the fantastic discovery that they serve pop-corn after a certain time. The bar tenders give most people their own small bowls. However, I demanded that I receive the giant serving bowl. I should add that this was a couple years ago and Covid had not yet occurred.

Nick was also heavily intoxicated and no-one was about to drive home in such a state. Adam, Nick and I are all headed back to Adams place around the corner. Adam starts bringing up various details of my body that are "great, perky, tight as hell." Stuff like that. Nick kind of just goes with it. I also, kind of just go with it.

We were just hanging out in Adam's apartment, getting ready for bed. When,"Hey man, you should grab her boobs." Adam says as if he's auctioning off car parts. "I mean if that's cool....." Nick is still not sold on the car apparently. I was just going with it. If anything this was working out great for me. Within seconds I had one man's head between my legs and another at my mouth. All bases thoroughly covered.

Then we all just went to sleep Nick drove home in the morning and I took my hungover ass to work in the same clothes I wore the day before. One might call it the "walk of shame." I however prefer "stride of pride."

My thoughts and musings.

See all posts by Ciara Wholey →