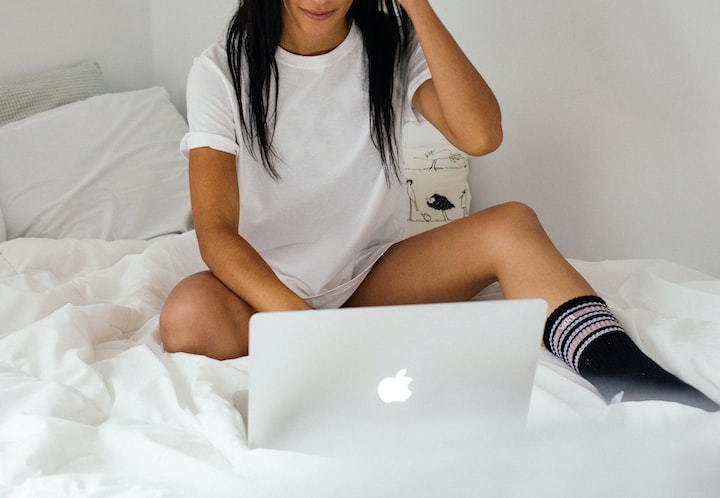 During 2020, a term became popular on the Internet that took off during the hardest moments of the quarantine imposed worldwide by the Coronavirus: OnlyFans.

But the OnlyFans phenomenon is not new or exclusive to the pandemic times, on the contrary, it has been simmering for years, to the extent that the generators and generators of adult content were populating these platforms until they found in OnlyFans a favorite place to carry their activities.

The platform as such has existed since 2016 and unlike what many may think it was not created to host adult content. On the contrary, its original target was aimed at content creators such as youtubers or influencers who wanted to offer premium content through the pay-per-subscription model, something that other platforms such as Patreon had been doing for three years before.

Such has been the boom of OnlyFans that famous singers, actresses or actors, have opened their accounts, musical groups are finding here a niche to explore new markets, it has slipped among the most searched terms of the year in Google in countries like Spain, Chile or Colombia; and it has even become a meme in other networks.

But how it works and what are the dangers of this platform that daily attracts young people who want to make quick and easy money selling their nudes, is an open debate.

How does it work and how much money can be made?

Creating an OnlyFans account is fairly easy, it just takes opening a profile and setting it up for free or paid content. In its usage policies the platform only allows content creators over 18 years old, although this is not always complied with as the controls are few.

From there, content creators can generate personalized interactions in which they sell photos, videos, or other more exclusive content for which they charge from $5 dollars and until recently did not have a defined ceiling, charging up to $200 dollars or even more for a single photo, in documented cases.

Also to other ways of making money, such as accessing paid suggestions, that is, a fan paying for a special pose, a fetish, or a video doing something specific. Or private messages, chat rooms, streaming, and other interactions. Everything can have an additional cost and someone may be willing to pay for it.

Of course, the platform keeps 20% of each transaction made within it, so success depends on the amount of content uploaded and the number of followers reached.

For example: An account with 1,000 subscribers that charges $5 dollars per subscription would make about $5,000 dollars per month. If you add to this that at least 100 of those subscribers are sold more exclusive content, such as a photo at a minimum of $5 dollars, that would be another $500 dollars more.

The sum would be $5,500 dollars, minus the 20% commission of OnlyFans, would give $4,400 dollars, something well above the minimum wage in countries like Costa Rica ($520 dollars) or Uruguay ($420 dollars), which are the best paying countries in Latin America.

But the attraction of money and the type of content that monetizes the most, tends to be confused with the ease of obtaining it, something that in fact is not so simple, since earnings are directly proportional to the number of followers you have, which do not grow or are not maintained if there is no constant content, so maintaining a profitable account ends up becoming a demanding job.

So says one of the creators who earns the most money on this platform, Monica Huldt, who told that she would never recommend the job to anyone who wants to do it only two days a week or as a hobby, "it is not a matter of half time, you would not make enough money".

Even the same platform makes a warning when, reminding creators that "your earnings forecast really depends on the quality and quantity of the content you upload. The more you post, the more incentive there is for your fans to subscribe (and stay subscribed) to your profile."

It was believed that with that rate of growth and money in motion, OnlyFans was here to stay, however, as we all know by now, this platform has announced that from next October it will ban explicit sexual content. A move that is likely to have a strong impact on the company's finances.

Many people have already announced that they will switch to different platforms where they will be able to continue sharing their material to their loyal followers.

What do you think? Is all about freedom or sexual exploitation?

More stories from HowToFind .com and writers in Filthy and other communities.