by Habby Grac 6 months ago in fiction 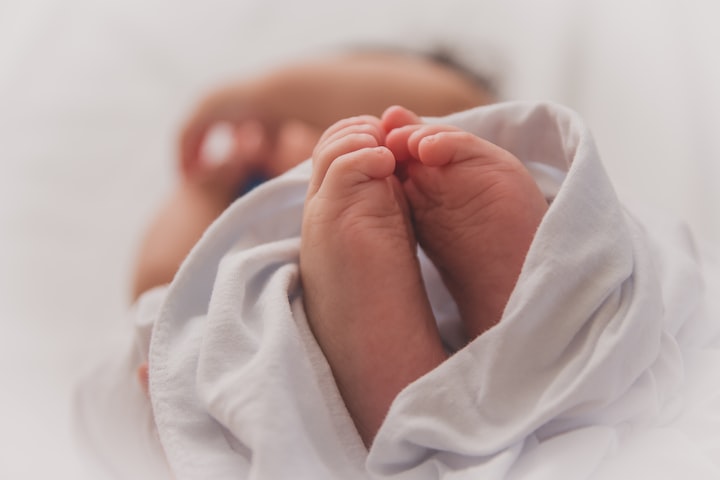 Photo by Luma Pimentel on Unsplash

"Noks man, Get up" Paul yells from the front door of my apartment it was too early in the fucking morning for this, Jessica was stretched out on the bed naked, saggy titties hanging off the side of her chest, her dyed green hair looking like a wild birds nest, that fucking nasty smelling free fucked crotch on display.

Scrunching up my nose at the thought of my dumb ass eating that shit, swallowing the bile in my throat as Paul busted through the door.

"Dumb ass get up, time to go, Eww" he snapped seeing the nastiest piece of stripper ass ever and I agreed I put the shit in my mouth, oh No!

"Gross Man really," he jumped back as I puked on the floor, bitch was lucky I didn't barf on her.

"Dude, disinfect the shit out of this place before I get home," I order rushing to the bathroom getting in the shower before scrubbing my mouth out with toothpaste and soap, but that nasty ass after taste was still there gross.

I should've been gay, damn it! Men kept their fucking dicks clean at lease, there was no telling how many dicks were in her just yesterday alone. I was too fucking drunk to think, she wasn't worth the $100, more like $10.

Grabbing two large coffees on my way to work, and eating some Mickys food. It took nearly four hours of work before I was able to actually feel like I got shit done.

Running a club sound like a great idea when we first thought about it, but when it started attracting people and got out there it is now the hotness club in the city, but the work that I have to put in by myself was tiring.

Todd my ex-best friend left this all to me when he overdosed last year, no one knew it.

I mean no one knew he was in so deep that he was stealing shit from our club and his mom, but he covered it up with stupid shit that at the time it made sense.

Smiling as I look up at his pic on my desk he was my everything for a while and even my rock when I got into deep.

"D" Paul whistled waving me to the floor,

"What's up," I asked walking down the spiral steps these bitches were going to kill me one day.

"Were short again, three bottles short from last night, and this was found under the cash register," he said giving me the look that I didn't want to see again, since his brother died Paul hadn't smiled or even a small and he also learned everything there was about junkies and their trades

"Damn it, Alan" I snapped punching the fucking wall. I had been watching him closely for nearly three months after his car crash.

A fucking drunk driver killed his wife that was six months pregnant, he had a broken leg from it.

Yesterday would have been her due date and he didn't want the night off, it felt kind of weird to me.

"Bring him in" growling the order before I left, it was nearly three I had to get going to yet another appointment.

Definitely getting the STD test today, shuddering at thought of Jessica than the memory of her riding my face.

I had to shave my bread to get the smell out. 'Note to self, Never get a hooker again no matter how desperate you are, you dick will fall off.'

Laughing at the thought of losing it after I finally got it working ha.

"So Doc what's the news," I said jumping off the table this was my last visit, and super happy about it. Hated fucking doctors always wanted to point me,

"Test result look good, cancer-free I'm thinking this is the end of it" he smiled making me jump in the air so fucking happy to hear those words, I'm not religions of any sorts but now I was thanking God that I got to live,

"Thanks, Doc," I said shaking his hand,

"Sure thing I want you back here in eight months for another scan just to be sure, we will do this for the next three years," he explained

"But your sure it's gone Right?" I had to be sure this was over,

"Almost sure, let's keep up with the scans for now," he said giving me a reassuring smiling patting my back before I left.

Most of the day went by quickly, walking into my office Alan was kneed down with his arms tied back and tape on his mouth he had track marks all over his arms, shit I didn't see last night

"How did you hide that shit?" I snapped smacking him before ripping the tape off.

"Sir, please I just needed something that took the pain away"

"Yeah, by stealing for your boss and lying to your family and friends" I was basically talking to Todd at the moment he reminded me of him so much.

The same shit he did just the night before he killed himself, it was like he couldn't get rid of the pain no matter how hard he's tried.

Alan whimpered harder after I punched him a couple of times,

"Paul put together all the evidence you have been stealing well before Alice's death, that tells me you have been on drugs longer than before she got pregnant, meaning you sir do not deserve my pity, you can go meet her now," I growled nodding to Paul, who had pulled his gun executing Alan.

"Piece of shit liar," he said kicking his dead body than walking away preparing the bar for opening in three hours.

Sorting through bottles and papers signing off on new drink order coming in and inventory may be thinking of having sexy uniforms for the waitress, but thought against it.

They would hate me more if I did that. I ran a pretty tight ship around here, but I can't keep guys from grabbing a jiggling ass that is walking by, Hell if it jiggled the right way I would grab it too.

Standing at the window as I watched the floor filled with people and music jumping, drinks flowing.

A banging headache as the walls thumbed, the glass of scotch only made it worst, Doc said the new medicine would give me headaches but this shit was splitting my head open.

"Hey, Boss we have a problem," Mick said walking over pulling me to my feet rushing to the window, trying to spot what he was panicking about.

My eyes hit the most outrageous site I have ever seen in my club, my fucking club a fucking Nun holding a baby.

"What the fuck is that?" I snapped glaring at him

"She asking everyone if the baby was theirs, dude no one here has kids, and why the fuck would a Nun be here." he rushed with fear in panic in his voice

"Bring her to me," I growled, call Paul

Sitting at my desk when Paul walked in shaking his head as Mick and the Nun with a baby walked, couldn't really tell she was a Nun only the robe dress and pint back bun threw me. That deep dark auburn hair, her teary green eyes laid on mine,

"A Nun and A Baby in my club, two very big No-Nos," I said snickering at her nervousness she was actually kind of cute, shaking my head Damn it! Nuns don't do that shit dumb ass, Paul laughed he must have noticed the idea popping up in my head. She shifted from one foot to the other saying

"I believe someone inside this club left this baby outside"

"Doubtful" I snapped not saying it wasn't possible, but no one here looked nearly close to being pregnant. Most of my staff had been here years, I walk over circling her, this girl didn't belong here, but why was she here though.

"Why don't you ask everyone here?" she snapped back, my dick hiked in my pants uncontrollably 'Fuck' I scrolled myself

"Cause I've known everyone here for years, no one has a brat maybe it's yours" running my finger across her soft skin, I tried to hold back the laughter, can't believe I just fucking said that one.

"How dare you? You could be the father that the mother is looking for?" she took a step back nearly biting me, damn I want to bend her over my desk.

"Fine, I'll be on my way, here you go" she tried to hand the baby to me, I'm not dumb I have nieces and nephews, but she didn't know that. The little devil on my shoulder had snickered hard at the thought.

Making the deal with Liza was now looking like a bad idea because it cost me nearly $400 just for food and diapers, and then tomorrow she is going shopping that kid is not even mine and it's spoiled. Closing up the club around 3 am my bed was calling my name right now, just getting off the elevator I faced with this ear-piercing sound and that smell

"What is that god awful smell? and god shut that thing up" getting water, then walking to the room Liza was in, her hair was down curls for days, instant boner Damn it! I facepalmed myself,

"Are you trying to kill it?" I played fixing my bulge before she turned facing me.

"'It's' is a girl, and now she has a diaper rash from a dirty diaper, she had spent hours wearing that thing on her" she chokes on her words, it was very sad that someone would just a drop a baby there to die when there was a firehouse just three blocks away. Looking to see she was full-blown crying, God help me!

"Hey, why the waterworks,"

"She didn't ask for what her parents did to her"

"Oh blessing me" she snapped, then don't like people cursing.

Laughing hard as shit that she got kicked out for a swimsuit magazine,

"OK, OK you got your laugh ha ha, what are we going to call her?" fucking hell, she is thinking long term with this brat, I want her not the brat. I had to get out of here.

"No! that is your job, you found the thing, I'm being nice in housing you until we find the parents that's it.don't get attached, I'm no prince charming to sweep you off your feet" I shouted pointing my finger at her, seeing the tears welling up. FUCK!

"I never asked to find this baby outside your club, but it is also your responsibility to help me until then" That's it, she had the wrong idea in her head that was for damn sure.

"I've done enough it has a bed, diapers, food, now keep it quiet" my fucking head was going to explode any minute,

"No!" I screamed that was the last straw

After our fight I slam my door in her face only to regret it after my shower I went to her room seeing her fast asleep and the baby sleeping in the crib getting a good looking at her she did look a lot like me as a baby, white peach fuzz, betting she had blue eyes like mine, Liza moved a little the soft snores she released made my boxers impossibly uncomfortable. Rolling my eyes as I went back into my room only to jack off at the thought of Naughty Nun lips around my dick.

fiction
Habby Grac
Read next: A Night at the Theatre
Habby Grac
See all posts by Habby Grac →