Lockdown has brought out Roger’s romantic side 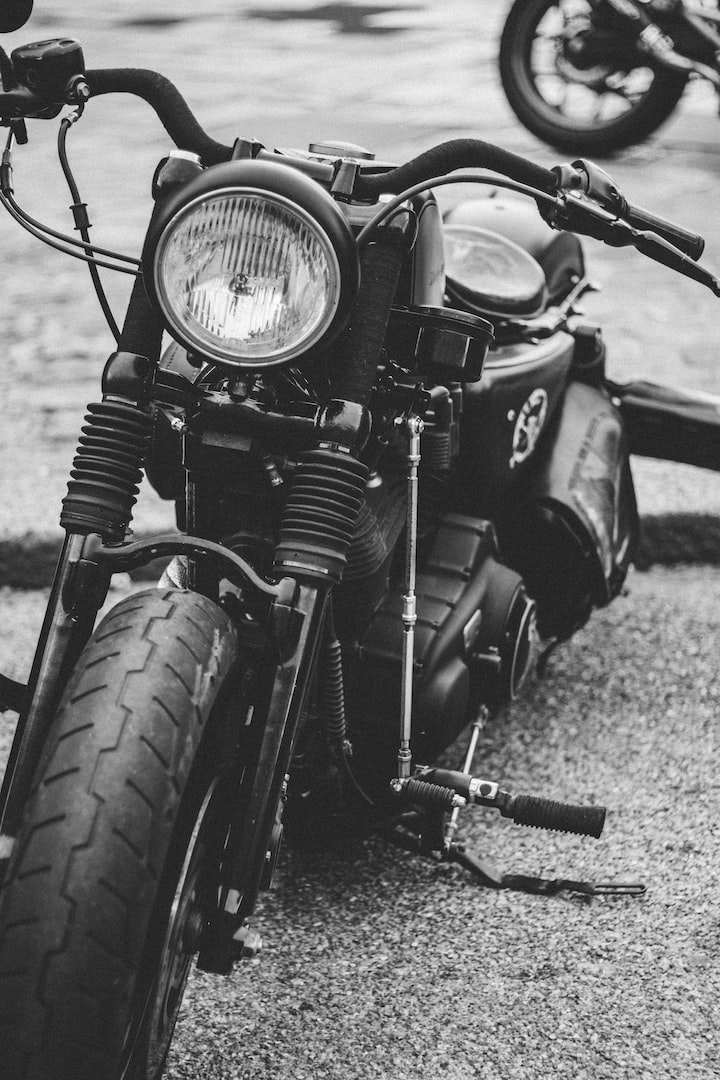 “God, I’ve missed you.” Roger scooped up Mia into a bear hug.

Mia wrapped her legs around his hips, and ran her fingers through his thick beard to cup his cheeks, pressing her lips against his in a hungry kiss.

“If I’d had any idea lockdown was going to last so long I would’ve moved in,” she admitted. “That malarkey went on far longer than it needed to.”

His eyes gleamed. “You sure you still want me? It’s not a case of ‘distance makes the heart grow fonder’? Maybe you would’ve missed some other fellow just as much.”

Mia shook her head. “The people in my apartment block were sneaking out in the night to fuck each other all the time.” She gazed into his baby blue eyes. “They invited me along, but all I wanted was you.”

He grinned. “You’ve no idea how happy I am to hear that.”

He set her down, climbed onto his bike, and passed her a helmet. “You ready to ride?”

“You bet.” She climbed on behind him, wrapping her arms around his broad leather-jacket-clad chest.

She’d missed everything about Roger; his company, his smile, his gorgeous blue eyes, and his bike.

He started the engine, that family purr vibrating between her legs, and she pulled herself closer, inhaling the mixed scent of Roger’s woody aftershave and his leather jacket.

She closed her eyes to savour the moment.

If lockdown taught her anything, it was to never, ever, take anything for granted ever again.

Roger lived on the other side of their enormous city, so it took time to cross back to his place, but it still felt like such a short ride when he pulled the bike over in the front of his apartment.

“I didn’t realise how much I missed that.” She removed the helmet and handed it back. “If we’d lived closer I would’ve had you pick me up on that everyday.”

He scooped her up and carried her through the glass doors, Mia squealing all the way.

Inside there was a trail of rose petals, all the way to the elevator.

Mia’s eyebrow arched. “Someone’s going to have to clean up after themselves.”

There were more rose petals in the elevator, layered so thick they couldn’t see the carpet, and when they reached Roger’s floor the trail continued, all the way to his door.

Mia glanced up at him. “Someone playing a trick on you or something?”

He laughed again, a deep rumble in his chest that buoyed Mia’s spirits.

“No trick.” He set her down to unlock the door, holding it open so Mia could enter first.

The rose-petal trail led into the room, forking at one point, one branch heading to his bedroom door, the other circling the dinner table, set out with flickering candles and chilled champagne, and more petals.

“What is this?” Mia entered the room, not entirely certain she was in the right apartment. She whirled around. “Is this real? Are you sure you’re my Roger?” She narrowed her eyes, a smirk on her face.

“Is it okay?” Roger had taken off his jacket, and was gripping it with white-knuckled fingers.

Was this really her big brave bikie?

“It’s gorgeous.” She leaned up to press her lips against his. “I didn’t know you had it in you.”

He shrugged. “That’s what happens when you’re trapped inside for too long, away from the love of your life.” His gaze held hers, and Mia’s heart melted. He gestured to the forked trail on the floor. “I wasn’t sure whether you’d like to eat first, or — ”

“Definitely ‘or’,” she moved in close to cup his crotch. His cock twitched through the fabric. “I’ve been eating for six weeks. More of that can wait. This however — ”

She gave him a squeeze, loving the way he sucked his breath in as she rubbed him through his jeans. He growled, scooping her up again, and barging through the bedroom door so fast it banged against the wall.

“I was hoping you’d say that.”

He dropped her on the bed, hiking her skirt up past her hips, so he could rub her clit through her panties. She was already wet, and spread her legs, pulling him close for another kiss, parting her lips to press her tongue against his as she fumbled with his belt and fly.

With the button undone she reached into his underwear to pull out his cock, already thick and hard, and as he rubbed between her legs she took him in her mouth, his moans of pleasure spurring her on.

His cock twitched in her mouth as he came, and she swallowed his salty semen, licking him clean. “Shit, fuck.” He cursed. “Sorry. I hoped to last a bit longer than that.”

She grinned up at him. “And now you will.” She took him in her mouth again, sucking on his now droopy cock, as she fondled his balls with one hand, seeking out his anus with the other. She arched her neck so she could look up at his face as she found his small puckered hole, circling it with a finger before applying a gentle pressure at the entrance.

“Fuck.” He threw his head back, Adam’s apple bobbing, and she grinned around his penis, already pulsing as it came back to life.

“Knew it wouldn’t take you long.”

“Your turn.” He leaned down to press his lips against hers. “Off with that dress.”

“Yes, sir!” She grinned wickedly, pulling the dress up and over her head.

She did, closing her legs just long enough for him to remove her panties, and then she spread them again, stroking herself as he knelt by the bed, her cleft clenching in anticipation of what was to come.

He moved her hand away, holding it in his own as he nuzzled into her pubic hair, his tongue darting out to tease her clit, before spreading across her lips to stroke from perineum to clit and back again.

She moaned, spreading her legs wider as her body sank into his bed.

He continued, his tongue gentle in its exploration of her folds, then firmer as it pushed inside.

“Oh my god.” Unexpectedly, tears sprang to her eyes. She’d missed this, so much. Every day there’d been that ache of longing, and now they were together again and she could hardly believe it was real.

His tongue found her clit again, circling, sucking, his fingers sliding inside, curling at the ends to apply pressure just at that spot that sent her wild.

Soon she was bucking at his touch as an orgasm tore through her body.

“I forgot how amazing that was,” she said, as he climbed on to the bed to kneel between her thighs.

“Ditto.” He wiped his beard with his shirt and discarded it on the floor, before pressing his lips against hers once more. She wrapped her legs around his waist, digging her heels into his back as his cock pressed against her entrance.

“I want to make sweet love to you,” he whispered back as he thrust into her, one steady movement that filled her to the brim.

“There’s time for that later.”

She arched her hips to take him deeper, and they thrust together, sweaty bodies clinging to each other as they made up for all that lost time.

As they lay together, afterwards, sucking air into lungs heaving from the exertion, he kissed her again. “Stay with me. Not just tonight, but always.”

“Always. Yes.” She stroked his face, his hair, his beard. “I’m not ever letting a pandemic come between us again.”

Thank you for reading! I hope you enjoyed this story. If you did you can show your support by leaving a tip, or sharing it with like-minded others.