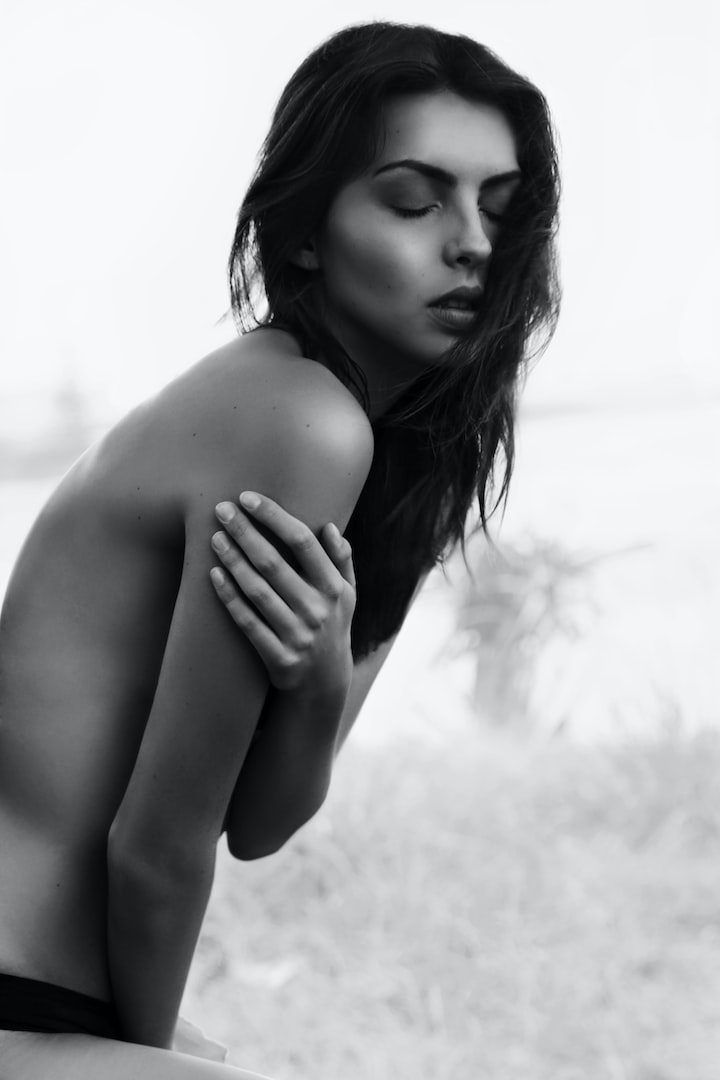 Individuals on the periphery of your life should keep you humble. It’s easy to get wrapped up in the novelty of your latest crush or your best friend’s drama, but your circle won’t keep you humble. If they do, find new circles. Not my circle, just another one, out there, somewhere in the boundless universe. One can exist in concurrent circles, for example, your high school friends, although valuable, might be in arrested development. One might find it useful to enter new relationships, and even some cross-circle bonding might be beneficial, if controlled.

Each circle has its identifying characteristics, commonly chronological. “Friends from college” is common. Others are geographical i.e. “Friends from camp.” In the new technological age, some groups are identified purely by common interests like, “Hiking and Biking All-Around Town” Facebook group, or “Alcoholics Anonymous.” New-age, common interest circles promise self-actualization can fix your problems. They heal addicts who can barely lay the foundation of Maslow’s Hierarchy of Needs by giving them a sense of belonging first. A virtual training ground for any wannabe sociopaths. A literal line up of wannabe abusive spouses and toxic best friends.

The homeless man who doesn’t have a roof over his head but still has the confidence to yell a compliment at you. The barista who asked questions about your day so that he can re-work his schedule to always be available when you come in for your tea. The tinder match who randomly sends you $20-$50 with a short, non satisfactory explanation like “meet me in Charlotte.” Sir, with what gas money? These are the connections that keep you humble.

A young woman with glinting, emerald eyes, barely deigned to flutter her eyelids up at the barista. “Yes,” she responded.

The barista quickly set the tray down, and shuffled uncomfortably before mumbling “always the same thing.”

The woman did not acknowledge him this time, instead keeping her eyes focused on her journal. She underlined a few words, “cross-circle bonding” and “wannabe sociopath.” She bit her lip and brought her left fingertips to her temple as if trying to physically massage out a brain teaser. The barista hovered over her a moment more than she would have liked. He finally began to back away slowly, then turned on his heel and retreated. With his back towards her, she allowed herself the freedom to look at his form. Six feet something. Broad-shouldered. Seemed kind. He might even be a dating prospect in two to three years.

A chirp sounded from her laptop. She placed her pen on the table and pulled her PC towards her. A few hurried clicks. Meeting with Janice Freeman, Executive Sales Director. She had fifteen minutes until their scheduled zoom call. A few more hurried clicks, and she was looking at her notes. MBA. Business owner. Entrepreneur turned saleswoman. Saleswoman turned executive. Next to a bulleted list she glanced at Janice’s picture. Smooth caramel skin. High cheekbones. Full, cherry-colored lips pulled into a wry, knowing smirk. Thin, neat, dreads pulled into an elegant updo. Natural hair in the workplace. This woman was not to be fucked with.

Or was she? Her work experience was probably exaggerated. Her entrepreneurial accomplishments were all but improvable. She was impressive, no doubt, but it was best to think of her as a worthy, decidedly weaker adversary. She paused to take another bite of her croissant. In a different time, their interests might have converged. They might have found themselves on the same side of a social issue, sitting at the same table at some charity gala. A mutual friend would take a drink of champagne and say, Charity, meet Janice. She’s an entrepreneur as well. You two probably have a lot in common. And Charity would smile and say, pleasure to meet you Janice, we certainly do have a lot in common.

She glanced at her surroundings. The modern coffee shop was a satisfactory backdrop for this meeting. Her silk blouse was tan and professional. The color scheme mingled with the undertones in her skin and hinted at nudity. The flowing, unwrinkled texture hinted at money. She pulled her brown locks into a high ponytail and reached into her purse for a hard, black case with gold, embossed letters. Slipping a pair of tortoise shell cat-eye glasses over her nose, she turned on her camera for a onceover. Chin to the left, chin to the right, she looked as usual. Sharp jawline, button nose, creamy skin, bright eyes that penetrated from behind her frames. Classic western beauty standards with a hint of excoticism. Her flat nose-bridge and her wide-set eyes were simultaneously accusing and intriguing.

Her designer watch-bracelet made a tinkling sound as she flicked her wrist to check the time. Ten twenty-seven. Ok, any minute now. She fluttered her eyelids closed, parted her lips slightly, and took a deep calming breath, in through the mouth, out through the nose. She felt a tightness in her chest. I am not nervous, she thought. I am feeling nervous. Her breathing slowed and her shoulders relaxed. Her chin tilted upwards slightly. She blinked her eyes open and looked through her eyelashes. The shop was nearly empty except for one man nestled in a booth to her left. Her barista was refilling a bottle of syrup. He replaced the cap and set the bottle on a shelf next to a line of identical bottles. Now he was wiping down the counter in wide, concurrent circles. He stopped moving suddenly and glanced in her direction. Her eyes snapped shut. Focus on your breathing. One ragged breath. Was she grinning? She hoped for his sake she wasn’t grinning.

The unmistakable alert of an incoming zoom call. She took one last inhale, this time putting on an amiable smile. Her eyes flitted open and she accepted the call.

“Good morning.” A few seconds pause as Janice re arranged the papers in front of her. Charity considered pantomiming her, lifting up her journal and placing it somewhere else, mirroring her to make her feel more comfortable. I am like you, her actions would suggest. Hardworking and perhaps a little bit flustered. Instead she willed herself to be languid. She stared intently at the video feed, and waited for Janice to speak first.

“I am very happy to meet with you today, Charity. I thought we could start with you telling me what it is you’re looking for.”

She smiled. “Yes, of course! As you know, my Empowered Flower beauty brand has grown over 500% in the past year.” She paused to gauge Janice’s reaction. She was stoic. “We have over 100,000 beauty consultants. Most of our revenue comes from sales, but a large portion of our revenue comes from new membership fees. We’re pivoting rapidly to a new, sustainable business model.” She paused to see if Janice had questions. Silence. So she continued, “Forty percent of our consultants are stylists or aestheticians. This is a result of us doubling down on our target consumer. Our products are an alternative to the products professionals are already using, except our products generate passive income. Capitalizing on this network of professionals, our vision for the future is to expand into the booking sphere. Our marketing campaign would direct new clients to our application where they can book a hair appointment, a facial, or a wax.” Another pause.

“Yes, and more. We’re revamping our image. We are moving away from multi-level marketing. Hell, Janice, we need a new logo. We have two in-house designers, but for the revamp we’re considering, we’re going to need a super team. I could hire a la carte, but for the price I am willing to pay, we want the best team in the industry. We want ground-breaking ideas. We want to disrupt the industry. In the wake of coronavirus, brick and mortar is obsolete. We want modern women to envision themselves having a spa day in their own master bathroom, in their sunroom, on their patio, in their backyard, or by their pool under a large umbrella. This is the new normal.”

This time Charity mirrored her, nodding emphatically. “And I’m prepared to pay the going rate for these services. I would like a full proposal by the end of the week. I do; however, have one concern.” Her mouth went dry.

“You have a designer, Greg Paulson? He’s a senior designer, I believe? He cannot be a part of this project.” She locked eyes as convincingly as she could through the camera. “I’m sure you’re probably aware of his domestic violence criminal history?” Janice showed no sign of acknowledgement. “A close friend of mine was a victim of domestic violence, and…” She faltered, collecting her thoughts. “I know this is private. I’m not trying to black ball him, it’s just, this brand is by women for women, and it’s my brand. I built it…”

Janice nodded. Charity stopped talking. “I understand. You don’t have to continue to explain. He will not touch anything for Empowered Flower.”

“The truth is,” Charity countered, “I don’t know if I can choose your company as long as he’s in your employ. It’s not an ultimatum, I just wanted to let you know that it will definitely figure into my decision.”

Silence, then. “I completely understand. I am the director of sales, so I can’t guarantee anything, but I will have the appropriate personnel look into it.”

“Perfect. Thank you so much for your time, Janice.”

“Absolutely. One of our account managers will be in touch for additional specs, and we’ll have a proposal to you by Friday.”

Charity peered at an open tab with her website, www.empoweredflower.com. It was professional. The color scheme was muted. Pastel yellow and navy blue with neutrals. “Empowered Flower” in a handwritten script formed a circle around an illustrated sunflower. A photo gallery with a woman putting on makeup, a woman washing another woman’s hair, women sitting on a sofa laughing. She swallowed the last bit of croissant, followed by a sip of tea. As far as she could tell, no one at Greg’s company suspected that she bought the domain name just a few days ago. She couldn’t use a real company for fear Greg would hear the name, trace it back to her, and immediately launch a counter smear campaign. He knew her financials, and he knew she couldn’t afford to hire a full service design team.

She took her glasses off and replaced them in their case. As she began packing away her laptop, she noticed her barista approaching again. He grabbed her empty cup, then walked a few steps towards bins for dirty tableware. He faced her again.

“Gone so soon?” He made eye contact with pleading, dark eyes.

She nodded silently. Mentally she added, Gone with the wind..

“I know you’re busy, and you probably have plans for tonight, but I was going to see a live show. It’s my buddy and his band. They’re local, but they are really good, and I remember you saying you like indie rock. I think you would like it.”

She smiled and said her second word to him that day. “Maybe.” In her head, frankly, dear barista, I do not give a damn.

More stories from Vineece Verdun and writers in Filthy and other communities.