Sneaky hotel sex with all the trimmings 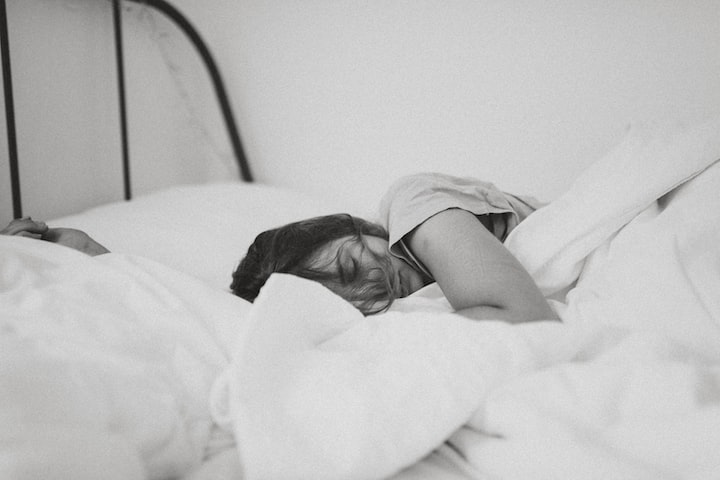 Red had gone by the time I woke the next morning. There was a congratulatory text waiting on my phone, and I smiled as I remembered all that we’d done.

They were, of course, long gone by the time I’d packed up my tent and snatched a quick breakfast. Today - day three - was the longest on the itinerary with the last six kilometres carrying us uphill to Crianlarich, where we would spend the evening in a hotel. Luxury.

First, though, I had to get there. The weather was fine as I set off, and the path wound gently along the shores of Loch Lomond, but there was no chance of catching the girls. Any hopes I might have had were dashed when they sent me a group photo mid-morning. In the background, the signpost suggested they were about five kilometres ahead. At least an hour’s walk.

So I put my head down and focused on the path, grinding out the kilometres with nothin but my memories of the night before and my fantasies for the one to come. I took a quick lunch of pasty and sandwiches and was about to set off again when my phone pinged with a message from Red.

That put a spring in my step, and I barely remembered the next five kilometres. But as I began the long, gentle, climb into Crianlarich, I was definitely feeling the pain of the day’s walk. My feet ached, my legs ached, and my shoulders were sore. Then my phone pinged again. A message from Straps.

“Holy fuck,” I muttered as I opened it. A snap shot of Straps, naked, on a bed. She was lying on her side, arms and legs arranged to conceal yet tantalise. Her rucksack was on the floor beside the bed, so I knew it was a new shot. They must have reached the hotel at Crianlarich. I checked my map. I had only four kilometres to go. I resumed my walk, my weariness forgotten as I crunched along the path, thoughts of Straps filling my mind.

An hour later I rocked up to the hotel. The girls were nowhere to be seen, so I checked in and forced myself to go through the normal routine of washing clothes and plastering blisters. I took a shower, dressed in my most easily removed gear, then went to hunt them out.

I found them in a group at the bar. They’d commandeered a pair of huge leather sofas and the low table between them was festooned with half-empty glasses. They were still wearing their walking gear except Straps, who was barefoot and wearing the lightest, shortest summer dress I’d ever seen. She patted the seat next to her and I sat down.

“Those are for you,” said Red, waving me over and directing me to a pint of lager and a whisky chaser.

“Thanks,” I said, sipping the beer. “And thanks for the photo.”

“Thought you might need some encouragement,” said Straps. She rested her hand on my leg and leaned against me.

“The last few kilometres flew by,” I said. “Who took the photo?”

“That would be me,” said ManEater. “I always get the fun jobs.” They all laughed, and I got the feeling I was missing something.

“Drink up,” said Straps, finishing her pint. “I’m keen to get started.” That prompted a round of jeering from the others. “What? I want a starter before dinner.”

“Hey, don’t wear him out before we get our turn,” said ManEater. Mouse blushed, the others laughed, and I sank my pint. I picked up my whisky.

“To the West Highlands,” I said, raising my glass, “and all who tread the lonely path.”

I nodded and stood. “Ladies, duty calls.” I held out my hand and Straps joined me. “Until later.”

“Don’t do anything I wouldn’t do,” said Red as Straps led me out of the bar and up three flights of stairs to the top floor.

We were barely out of sight of the stairs when Straps pushed me against the wall and kissed me. I kissed her back, and put my hands on her arse. She slid a slim hand inside my trousers and I jumped as she grabbed my cock.

“Very nice,” she said. She let go and unfastened my belt.

She didn’t answer, but with her free hand she took mine from her arse and ran it up her leg to her hip. No knickers. I took the hint. I lifted the dress to expose her thighs, then kept going, wondering when she’d stop me. It went above her waist and I saw her exquisite pussy, neatly trimmed hair just begging to be touched. Higher, and her belly appeared, flat and toned like an athlete’s. Higher still, and my hands were at her breasts, gorgeous and round. Then she raised her arms above her head and I lifted the dress clean off.

“You’re so beautiful,” I said. She stepped back and twirled, completely naked, in the hotel corridor. I looked both ways. There was nobody around. I stepped forward and folded her in my arms. She laughed and kissed me, then pulled my trousers open and pushed them down so that my cock stood free.

“Over here,” she said huskily, leading me down the corridor towards a window that looked out over the car park towards the setting sun. She put her hands on the frame, bent over and looked at me. “Here,” she said. “Fuck me here.”

Risky, of course, but I’d agreed to do as I was told, and all I could see was a wet pussy literally begging to be fucked. I kicked off my trousers and shoes and hurried forward, cock at the ready, and positioned myself between her legs.

“Ready?” I asked, the tip of my cock brushing the entrance to her vagina.

“Ready,” she confirmed. I pressed forward, easing into her. She moaned and dropped her head, raising her arse just a little. She was tight but wet, and my cock slid easily into her. The sensation was joyous. I pulled back, then thrust forward, slowly at first, but getting steadily faster as I keyed into her rhythms and needs.

“Red said you were good,” she managed to say between panted breaths, “but, oh, yes!”

She came quickly, shuddering a little as the orgasm rocked her. “Stop, now,” she said.

I froze and withdrew, wondering what I’d done wrong. But when she turned and smiled, I saw she wasn’t upset. Quite the opposite; she just had plans. “It’s that room,” she said, pointing at the closest door. “It’s not locked.”

I held the door open for her and she sashayed past, looking like the sexiest woman who’d ever lived.

“Don’t forget the clothes,” she purred.

“Right, yes,” I said. I hurried back to collect her dress and my trousers and trainers, then followed her into the bedroom. The door closed just as the one across the corridor opened and a couple walked away, chattering loudly.

“That was close,” said Straps, and giggled. Then she kissed me and pushed at my t-shirt. I dropped the clothes, pulled the shirt over my head then picked up her and carried her to the bed. She squealed with delight as I dumped her down and stood before her.

“What now?” I asked, hoping like hell she’d ask me to fuck her some more.

“Eat my pussy,” she said, squirming back on the bed to give me room. I glanced at her crotch. Her cunt stood ready, gaping and glistening, but rules must be obeyed. I hurried to obey, hopeful that I’d get my release soon. I bent and kissed her belly, then tracked lower, kissing everything till I reached her clit. “There,” she said as my tongue darted out. “Oh, yes, do that again.”

I licked and sucked for a few minutes, my cock pressed against the bedspread, then I slid a finger into her vagina and began to work it back and forth. My other hand fondled her breasts, and Straps rested her hands on my head, pressing me into her.

She raised herself up on her elbows and looked at me down the length of her body. I was still close enough to her cunt to lick it, and she gave a little shiver as I ran my tongue up her slit. “Madam most certainly does approve,” she hissed. I grinned, flicked my eyebrows, and glanced meaningfully at her crotch.

I hesitated. “You mean…” I mimed wanking.

“Oh, no.” She pay down and squeezed her tits together. “Here. Put your cock here and fuck my tits.”

I grinned. That was more like it. I shuffled up the bed till my knees were either side of her waist, then lowered myself till my cock touched her chest. A little adjustment, and there it was, lying nicely between her gorgeous breasts.

She pulled a pillow under her head so she could look straight at my cock.

“You’re so fucking hot,” she said. She took hold of her breasts and pushed them together to form a meaty casing around my cock. “Come on, then.”

I gave an experimental thrust, looking down to see the tip of my cock appear and disappear. She grinned up at me and stuck out her tongue so that my thrusting member just grazed it. The feeling was delightful.

Then all I could think of was my own desperate need. I ploughed back and forth, cock making occasional contact with her tongue, until my climax arrived in a rush.