by Hadley Alice 11 months ago in fiction
Report Story 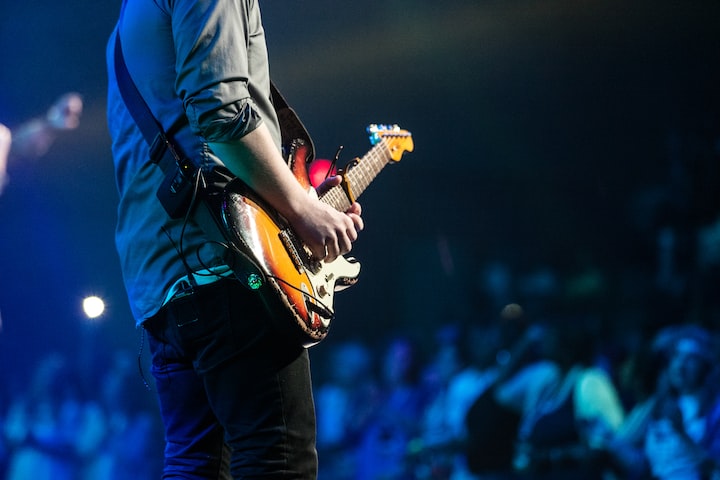 Photo by Marcus Neto on Unsplash

I'm not sure what going on with Asher. I mean.. no one else seems to notice anything odd. But I can't help the nagging feeling that something is stressing him out. It looked like he had been crying when he ran into me before. The simple fact that he is asleep right now as we head to the venue is alarming to me.

Normally he is the one getting up to mischief and being loud and sassy. I let out a quiet sigh as I glance down at him. He looks so soft like this. His messy hair falling softly across his forehead and his long eyelashes brushing the top of his sharp cheekbones. My thoughts are cut short as the car stops.

I raised my hand to gently shake Asher awake but before I could even get halfway I hear Clay yell "ASHHHEEEERRRR!"

Asher startles awake and looks around confused for a moment before his eyes fall on a laughing Clay.

"You utter twat Clay! You nearly gave me a heart attack!"

Clay barely missed a hit across the head from Asher and legs it out the car, with Asher following behind him. I'm still sitting there with my hand in midair in a mild state of shock.

"Clay's gonna have to watch himself tonight" Noah laughs.

I look across as Oliver replies "Tell me about it. No way will Asher let him get away with that"

They both start moving out of the car "You coming Gid?" I snap my eyes to Oliver and quickly start moving, internally rolling my eyes at myself for worrying about Asher - he seems to be back to his normal self.

I'm the last one into the dressing room and I can tell that Asher is yet to get back at Clay. He's sitting in his chair getting his hair styled with a determined look on his little face which I find way to appealing. I glance over at Clay who has a cheeky grin on his face. I shake my head at the antics of the two, knowing that they both love this, and head over to the closet to pick out the clothes that have been picked out for me.

The adrenaline starts to kick in at we head backstage. We can hear the deafening noise of the crowd and the music blasting through the speakers, feeling the bass through our bodies. I look around at the boys as we huddle of to the side, all of us just as pumped as each other.

"Alright lads. Last concert before our vacation so lets give it our all" Noah says as we all put our hands in.

"Let's go!" Clay shouts and we run out on stage. The cheering is overwhelming and I know I will never get enough of the high of performing. The breeze blows through my hair as I run onto stage in my boots, careful not to trip over anything as I can be clumsy at times.

Asher is in front of me and I can't help sneaking a look at his curvy bum clad in tight black jeans- sue me. It's a nice behind, especially for a Beta. I reluctantly divert my eyes to the crowd as we start greeting them and head into our first song. The concert flies by, the excitement never really leaving and we are only a couple of songs away from finishing and Niall is belting it out on the guitar. I'm running down the runway and turn as I get to the end just in time to see Asher pour a bottle of water all over Clay. Clay's mouth is open in shock and Asher is nearly doubled over in laughter, hand holding his stomach. I clap my hand over my face to hide my laugh as the crowd goes wild.

Clay shakes his head, shaking water over Louis and they both start laughing again before continuing on with the song. We head into the last song (our encore song) and at the end we all come together to take a bow.

My arm is around Oliver, my hand resting on Asher's shoulder and I can feel him shaking slightly. I narrow my eyes and squeeze his shoulder slightly to catch his attention. He glances at me and shakes his head mouthing "I'm ok" before joining the boys in the final bow.

I bow along with them and shake my concern off as Asher coming down from the high of performing. I sweep my eyes back over the crowd for the final time before we all had off stage. Asher makes a beeline for the bathroom as the rest of us head back to the changing rooms. After about 10 minutes I see Asher sidle in through the door and lay down on the coach with an arm over his head, his chest rising and falling like his out of breath.

I glance around the room at the other boys, well boy - Oliver has is headphones in and is chilling in the hairdressing chair with his feet on the table - where the hell Clay and Noah have gotten to I have no idea. I run my hand through my hair as I slowly walk over to Asher.

He has one leg bent so his knee is hanging of the edge of the couch and I nudge it, indicating that I want to sit down. He peers at me from under his arm and sits up, bringing his knees into his chest.

"Hey Gids, tonight was awesome huh?" he says in a somewhat strained voice.

I feel my brow furrowing as I look at him.

"yeah it was amazing.. hey Ash are you ok?" His eyes widen slightly and I notice his pupils are slightly dilated but he replies

"Yeah I'm fine. Just not feeling great I guess. Maybe I ate something bad this afternoon. Wouldn't be the first time" He tries to laugh out the last part.

"Hmm maybe.." I reply, not at all convinced.

I know Asher though and he hates being taken care of so for now I decide to leave the issue alone. Instead I let out a chuckle as I recall Asher dumping water on Clay. He laughs along with me, eyes crinkling at the sides and that alone is enough to let my worries slip. I'll just see how he is tomorrow. Speaking of which -

"OI MATIES!" Clay yells as he enters the room, Liam trailing behind him as we all snap our attention to him, even Oliver. Unfortunately headphones are not enough to block out Clay when he decides to be loud.

Asher pumps his fist in the air and there is a chorus of cheering from us as we jump up and head back out to the limo to take us back to our hotel where we need to pack and be ready early in the morning for our flight to Hawaii.

Hadley writes about whatever sparks the creative seed that propagates down an unknown path. She has completed a Bachelor of Applied Science and is challenging her cognizance by studying Psychology because the mind is a fascinating thing.

More stories from Hadley Alice and writers in Filthy and other communities.