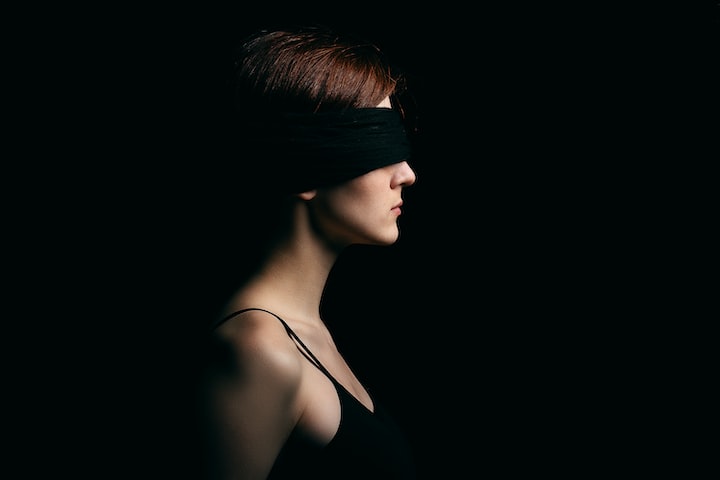 Photo by Kirill Balobanov on Unsplash

I met him in Rome during a trip celebrating my graduation from college. I worked hard during my college years. School was supposed to be my way out. Now as the time passes, my memories that were once vivid start to fade. How could such moments of pleasure and passion fade?

Eve and I graduated June 10th and caught a flight the next day. I really couldn’t believe that I was splurging on first class tickets, but what is a few more dollars of debt on top of student loans. These next few days were going to be a chance to celebrate and let go.

“Ciara? Are you ok?” Eve asked, prying me from my thoughts. “What are you most excited about for the trip? The museums? The food and wine?”

“I think just getting away from everything. Relaxing and seeing history.” I replied as I pulled at the arms of my shirt, covering the fading bruises on my arms.

Eve frowned. She knew that the scolding, crying, and begging wasn’t going to change anything. Kevin and I had been dating for over a year. The appearance of bruises and red eyes were always present. Eve tried to convince me many times to leave him. She knows that the abandonment of my father is the root of my eagerness to continue to please Kevin and try to make the relationship work.

“Forget the history. We are going to find some handsome young Italian stallions to show us a good time. Sweep us off our feet and show us true romance and pleasure!” Eve whispers seductively in my ear.

How would I have known to not let go quite so much? Would I have done what I did if I hadn’t been seeing Kevin? If I had a boyfriend that was aware of my needs and tended to me and my feelings would I have even acknowledged him at the bar that night?

I walked in and was amazed by the sheer size of the apartment. The entryway opens right into the living area. There was a large Peninsula that defined the kitchen. It reminded me of the loft apartments that some friends had back in the city.

The click of the door closing brought me back to the present. D'Angelo's arms slid from my waist as he headed towards the kitchen. I was sidetracked by the large windows on the opposite side of the room. The lights illuminating Trevi Fountain sparkled off the flowing water. I was mesmerized and didn't hear D'Angelo approach with the glasses. I jumped as his arm brushed against mine.

“Oh! Sorry!” I gasped. The wine sloshed against the sides of the glass. “I would hate to waste any of the wine.”

D’Angelo handed me my glass. “Definitely not.”

As I sipped the cool sweet wine, I stared out the windows, memorized by the fountain.

“Beautiful isn’t it?” he asked as he slipped his arm back around my waist.

“Yes.” I breathed softly, feeling his thumb stroke my hip. It reminded me of the night at the club.

We must have been standing there for longer than I thought because when I went for another sip, my glass was empty. With his arm still around my waist, D’Angelo started to move towards the kitchen. On the counter was the bottle of wine in a bucket of ice. He reached for the bottle, pressing my side into the counter. I shifted as he poured so my back was to the counter. He handed me my glass. I took a sip, smaller this time. I watched his eyes darken as he asked “Do you trust me?”

“Yes” I replied. I was shocked by my response. How could I trust a man I had just met?

I took a deep breath as the world plunged into darkness. I could feel D'Angelo's warm strong hands run down the side of my face to rest on my shoulders. He gently led me further into the bedroom. He slowly turned me around and pushed me to sit on the side of the bed. I felt his hands come down my arms and stop on my hands. He slowly lifted my right hand. I felt his lips softly kiss each finger before he lowered it back down. I could feel my pulse quicken when he lifted my left hand to repeat the action. His hands released my fingers and slowly rubbed my thighs as they moved up my waist. I shivered in anticipation of his caress on my breasts but there wasn't even a touch. I felt the heat of his body, could smell the scent of him before his lips touched mine. I tried to press into him but his hands held me back. I could feel his eagerness in the kiss, but still he held me back. I didn't even realize that I lifted my hands until I felt his hair in between my fingers. I attempted to pull him closer. He broke the kiss and scolded me with a tsk tsk.

“We will have to fix this.” I heard him say husky as he gripped my wrists and pulled them back to my thighs. .Suddenly, his touch was gone. I shivered, missing the heat of his body. I strained to hear what he was doing, but heard nothing. I shifted uncomfortably, wondering where he went. He wouldn't just leave me here what he? I pressed my lips together. Just when I was getting ready to lift the blindfold I felt the bed move with the new weight. I turned my head towards it. I gasped and tried to jerk my hands from the sudden grip on them. ”Shh,” I heard D’Angelo say, “it's just me.” A smooth silky rope snaked around my wrists. “No touching.” D’Angelo whispered into my ear. Guiding me by my restrained arms, he laid me down on the bed, my arms lifted over my head.

I felt his lips brushed against my temple and sighed. Soft kisses turned hungry as they trailed down my face to my neck. His hand softly covered my breasts as his lips drew closer. I felt my dress shift, as I heard his moan. The kisses turned rough. My chest heaved with my panting breath. When the pressure of his lips released my nipple I lifted my hands to hold his head in place and cried out when my arms were pulled back. I pulled against the silk. D’Angelo placed his hands against my cheeks.

Suddenly I was gazing into his dark caramel eyes. He had a smile across his lips.

“Sorry, I should have told you. Since I took away your hands, I will let you have your eyes.” He lowered his face and kissed each eyelid. “They are such beautiful eyes. I want to be able to see them.”

He kissed me hard then, his hands pulling me. Arching my body against him, a groan escaped each of us as he pulled away. By the time my eyes fluttered open, D’Angelo was showering my stomach with kisses. His hands raced up my legs, pulling the light material of my dress with. They hovered at my hips. He looked up at me with a wolfish grin. “You wore them.” he said.

“Yes” was all I could manage to answer. Later I would have to remember to ask how he knew my size. His smile broadened as his thumb slowly stroked my inner thigh.

Writing the words in my head and in my heart.

See all posts by Karen →