Beware of cracks in the foundation. 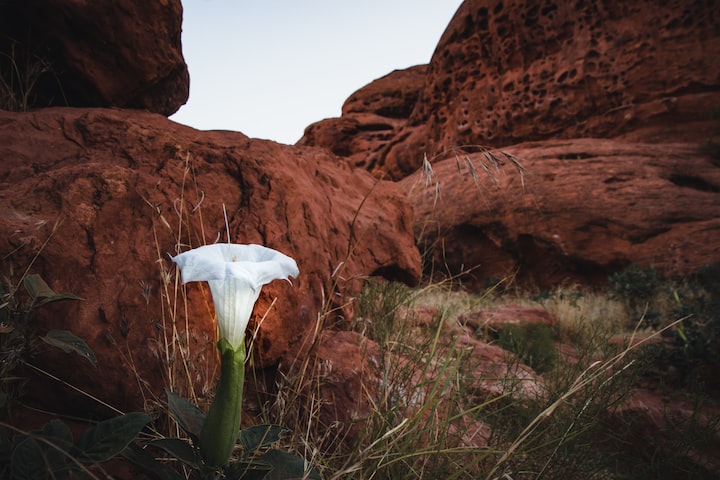 Photo by Dan Cutler on Unsplash

It had been a long night: danced up a storm, blew a virgin, and finally got home around 5:00 in the morning. I was wide awake so I changed into my PJs and started playing some computer games. I'd left my phone in my purse but went to fetch it when I vaguely recalled getting a Tinder message sometime during or after blowing said virgin. The message was a couple of hours old by now but I responded anyway, thinking he'd probably not see it for awhile; most people would be asleep at this hour. He surprised me by responding right away. His name was Brandon and we chatted for a bit and had good rapport. He had to drive out to the desert that afternoon but wanted some company before then. He was willing to get a motel room for just a few hours.

It was tempting although completely ludicrous. He was a good 25 miles away, it was now 6:am, and I hadn't slept. While I might drive 25 miles for a good fuck, he was pretty honest about just wanting a blow job. I'd told him of my earlier (mis)adventure with the virgin and I think it intrigued him into wanting to experience my skills. I truly had no intention of meeting up with him but he was relentlessly persistent. Now, I've been implored, cajoled, nagged, and straight up begged by some serious Masters in the Art of Please (MAPs). When Jay needed a drink or drugs, the begging ripped my soul to shreds and against my better judgement, I'd capitulate. Jeremy's bratty cacophony of pleases invariably led to his getting his baby- way. Lately, Greg's repeated requests for a threesome were driving me so bananas, it tempted me to cut him loose altogether.

As for Brandon, he was quite gifted in the MAP department. He wasn't aggressive. He wasn't annoying. He was like a smooth, persuasive car salesman. What can I do to put you in this car today....? Around 7:am, it reached the tipping point and just like that, I knew I was going. I threw on my clothes and hit the road, updating him along the way. Halfway into my drive he mentioned that I might have my work cut out for me because he'd been up for 24 hours, was high (he used a snowflake emoji so I assumed he meant crystal meth) and might have a hard time climaxing. Screech....brakes. Wtf? Goddammit, no wonder he was so determined, horny and talkative. He's fucking tweaking. When Jay was high on meth, he said all he wanted to all day was jack off. It also turned him into a rage-filled asshole. Blowing guys who are drunk or high is incredibly frustrating. They may say they want it but their dicks tell a different story. I know it's all physiological but really, a guy's brain and his penis should be working in tandem before roping me into the equation. But I was already halfway to the motel so what the hell...

The door was unlocked when I arrived and I greeted Brandon, who was lying on the bed, with a “hi, mobile bj here...” and he really enjoyed that. I told him he should have told me he was tweaking and he set me straight. He was no meth head. He was doing some very high-quality cocaine. Ohh, okay. I was vaguely surprised that he wasn't quite as cute as his Tinder pics. But that's not uncommon; of course people will post their most flattering pictures. I got to work right away. We'd discussed via text how it would be hot if I just came in and started sucking his cock right away. I made short work of his belt, pants, and boxers then proceeded to try to make short work of him. Everything was going as it should. I was working my magic with my mouth, he was moaning softly. I was thinking the cumslut in me was close to getting her reward when, boom. He wanted to take a break and do more coke. Wha...?

As he did more lines, we started talking. He was extremely easy to talk to and had an unnerving way of looking right into my eyes as he spoke; looking right into me. It made me uneasy and I had to force myself to not fidgit or let my eyes dart around the room as he spoke. He commanded my complete attention just by giving me his. I sat on the edge of the bed and he folded his 6'2” into the rickety motel chair. He leaned forward, resting his forearms on his thighs, lifted his head to look at me and I was struck by how different he looked in this particular position and patch of lighting.

“Are you a shapeshifter?,” I blurted out, only semi-kidding. He seemed a bit taken aback; apparently someone had just recently made a similar observation. Over the course of the next few hours, he went from boy-next-door, to average cute guy, to breathtakingly beautiful depending on where he stood and which position he was in. I really wanted to take his picture, but he vetoed that idea. He was a bit paranoid about the texts and pics we'd already exchanged and asked if I would delete them. He eventually asked if he could do it himself and I let him. When he asked in bafflement, “why do you want to take my picture?”, I told him about my predilection for styling and photographing my friends and family and that in this particular position, he was quite beautiful. And finally simply told him, “and because I'll never see you again”. Although this is par for the course with hook-ups, it had never bothered me as much as it did now. Looking at him I realized he would shut down his Tinder account or unmatch me and I wouldn't even have those pictures to remember him by. When I told him that he responded rather gently, “I already have.”