I'm Not Your OnlyFan

by Hugh Vincent 4 months ago in social media 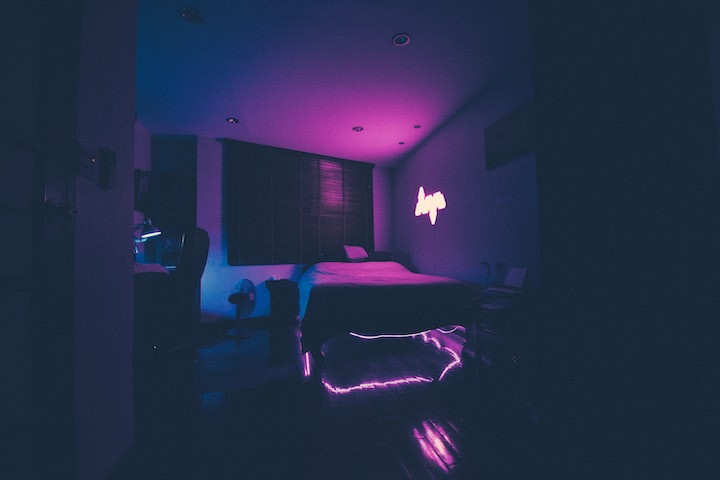 Photo by Joshua Rawson-Harris on Unsplash

This now fairly common phrase would've made almost no sense to me at all just three months ago, unless I was close to the water and someone nearby was handling a fishing rod. Nowadays though, it's meaning is perfectly clear: 'A stranger from the internet needs help getting off, I'll be back in half an hour' is the rough translation.

2020 hit all of us in different ways. In our household, like many households across the globe, we endured a lot of nights in front of the television. We watched our screen time catapult to numbers previously thought unimaginable. We binged watched Tiger King and we wondered when we could go outside again. Many of us started working from home and some lost their jobs entirely. Uncertainty reigned supreme.

Falling victim to all of the above and watching their savings whittle down day after day, my partner took it upon themselves to move into the world of online sex work. It was something we had each joked about from time to time but never seriously gave any thought to. That was until the global economy went down the toilet whilst our own joblessness really sank in.

"Imagine if you made lots of money like those other people!"

Well now we don't have to imagine, because as it turns out we did.

Like any other business, sex work follows the same principles of supply and demand. Fortunately the global appetite for sex, or a reasonably priced substitute, remains at an all time high. While the market is seemingly saturated across all platforms, there is still money to be made.

But before they started on their new journey, my partner and I sat down and discussed any ground rules from the outset. Any potential grievances were flagged from the beginning and a pact of honesty and transparency was made. I was a little uncertain at first I'll admit; the thought of strangers from all corners of the globe lusting over my partner didn't fill me joy. But in this case, my job wasn't to make decisions, it was to be supportive. I mean it was 2020 for Gods sake, it was the least I could do.

Very soon they realized that there was a steep learning curve; this wasn't going to be the get-rich-quick scheme that so many other online models and sex workers had boasted about. If this was going to be profitable, a serious amount of work would be required. Hours spent studying, researching and talking with other creators went in behind the scenes on a daily basis. I have to admit I was impressed.

Then there were the DMs. Overnight they flooded into my partners inbox like a stampede of overly enthusiastic children might swarm an ice cream truck.

"I don't have any money, can I still have one?"

You thought Tinder conversations could get bad. This was diabolical. Under normal circumstances I'd have told these people to bugger off, but this was different now. This was business.

After weeding out any scammers or free loaders, pretty quickly my partner found themselves with a small cohort of loyalists, prepared to pay for material that was previously only for our eyes. I'd officially started my career as a photographer, snapping away and adjusting my model to get the shot just right show. Then as a director, helping to get the right shot, offering up suggestions to make things sexier, even blocking out the scene. It actually became really fun for both of us and soon we became even more intimate with one another. Then as we worked our way through a list of content ideas we'd made, it wasn't long until I was an extra in these short adult films. This wasn't our usual routine though. This was carefully planned out, manufactured intimacy and while it wasn't necessarily romantically fulfilling, it was fun. We began to try things we wouldn't have considered before, even reinvesting some of our profits into new tools for the job.

It strengthened us as a couple, brought us closer together sexually and made us a handsome profit all at the same time. Now this isn't a guarantee and I suspect that for many couples, this kind of thing could do a great deal of damage to a relationship. We have been lucky to avoid too much of the negativity that comes with exposing your naked self on the internet. But for those people who think they're up for the challenge I say go for it!

I don't know how much longer the two of us will keep going. It is time consuming to say the least and I think for each of us the novelty has worn of to some degree. The last thing we each want is for this whole experiment to wear on us, to drag us down or somehow harden our souls through over exposure of our bodies performing the most intimate act.

For the time being, we're having fun.

I am a composer and writer.

See all posts by Hugh Vincent →